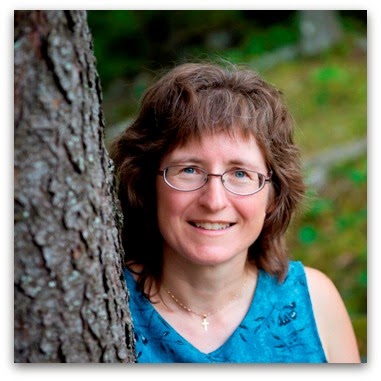 Everyone's Story welcomes author Janet Sktechley. I won her novel HEAVEN'S PREY as a giveaway on another blog and devoured the story. It's intense and different from other novels I've read and I had difficulty putting it down. I'm so grateful that Janet is one of the novelists I've had the pleasure of hosting on my blog because the wonderful words she shares here represents the message I try to encourage: Do Not Give Up Your Dreams And Hopes. Janet also offers a Giveaway of the novel, plus an excerpt. And, I must say this as well--Janet is from the enchanting land of Nova Scotia, a place where my husband and I both left our hearts when we visited a few years ago. Both Janet and I look forward to hearing from you.

BookGiveaway:
Janet is offering 1 copy of HEAVEN'S PREY--either print or e-version within US or Canada or e-version elsewhere--to one randomly chosen winner who leaves a comment for Janet. The winner will be announced here on Friday, October 3rd, between 5-6 PM EST. To be entered in the Giveaway, please leave your contact information within your comment. Thanks!

Another gust of wind pelted rain against the kitchen window. Ruth Warner sopped up the last of her homemade chili with a thick slice of sourdough bread. Too bad she didn't have time for a little more.
The kitchen lights flickered, and her husband, Tony, groaned. "I hope the power holds. There's a ball game on later." He carried their cutlery and bowls to the sink and rinsed them more carefully than Ruth would have done. She'd wiped hers clean enough with the bread. It could have gone straight into the dishwasher.
Tony turned from the sink, bowl in hand. "Why don't you stay home tonight? It's nasty out there."
Halifax didn't often get storms this bad. If only she could avoid going back out in it. But since Harry Silver had escaped from prison, her weekly prayer meeting was more important than ever. Ruth grinned at her husband. "It's prayer, not baseball—they don't call rain delays. Don't worry, I won't melt." She tucked a pocket-sized Bible and notebook into her purse.
Tony walked away from the sink, dripping water on the floor from the bowl he'd been rinsing. He blocked Ruth's way out of the kitchen, feet wide, other hand planted on his hip. His stare pushed her back a step. "This is about Silver's escape. Isn't it?"
The flat accusation in his voice twisted Ruth's stomach into knots. She looked past him to the front entranceway. "I told Norma I'd pick her up. She's nervous driving when it's windy." She sidestepped around him but he caught her arm and drew her back toward the counter.
"The truth, babe." His frown pulled his eyebrows into one, his mouth a thin line.

[To read the rest of chapter 1, visit the Heaven's Prey page on Janet's site and click the "free download" button.]

Resuscitated Dreams by Janet Sketchley
A young girl wrote stories, swept along by the fictional dream. When she received a portable typewriter (yes, she's that old now) she cleared a space in her closet to make an “office” in which to write. And made herself a badge that said 'Author.'
If she'd show you scraps of those stories now, you'd see childish construction and all the characteristics of bad writing. But she wouldn't show you. The dream meant too much, even though its delivery was clumsy.
Would-be novels started strong but fizzled after a few chapters when the novelty wore off. After all, pushing through the dreaded middle is hard work, and there was other fun to be had.
She met a boy in high school and joined a Star Trek club. Then came university papers, which cured her of wanting to write. She married the boy and they took a few months' adventure in the UK. One short story emerged, the first to include her faith. No, you can't see that one either.

Back in Canada, the young couple found work in cubicle-land. Job stress and general busyness leached away any potential inspirations. Their first baby changed their lives for the better, but with him came things like sleep deprivation and reduced finances. By now the girl, his mother, had forgotten the dream. 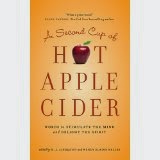 With a second baby on the way, the husband wanted to give the at-home mom a creative outlet. "My wife writes," he told a new lady at church who wanted to start a writing group.
The tired, pregnant (need I say overworked and grumpy?) wife saw this as one more demand on her time. She hadn't written in years. But this newcomer was nice and needed encouragement. The wife went to the first meeting, albeit grudgingly.
Hanging around with writers is dangerous. After a while she wrote a letter to the editor of the local paper. She began writing personal experience articles, and received her first rejection (an encouraging one) on her birthday.
She wrote short non-fiction, but she daydreamed novels. Until her imagination seized an idea she didn't want to explore. When it wouldn't go away, she started writing just to get it out of her head. Surely it would fade after a few chapters, like her childhood stories.
Eventually she admitted to her husband and her writer friends that she was writing a novel. Years, another baby, and many revisions later, she finished it. And wrote a sequel.
She's had articles, short stories and reviews published. Including a true-life story in the Canadian bestselling anthology A Second Cup of Hot Apple Cider. She blogs three times a week. She's judged contests and critiqued other writers' work, even served on a panel at the Write! Canada conference. She occasionally edits. She has an active leadership role in The Word Guild as prayer team coordinator.
It's fulfilling. It matters. It's making a difference.
But fiction—the rush of discovery, the satisfaction of polishing—that's her heart.
From childhood, she's wanted to see her name in print on a novel. Not to be famous. Not even to be part of the intricate world of publishing. Just to have a story—her own, from her own imagination—made into a book.
In 2013, Choose NOW Publishing took a chance on her first novel, Heaven's Prey. She'd tell you it was a surreal experience. And she loved it.
Choose NOW has closed its fiction line, but she reissued Heaven's Prey as an independent author. The next in the series, Secrets and Lies, releases in November 2014.
Do you have a long-held dream? Even a faded one? If God gives it a nudge, let Him resuscitate it. You'll thank Him later, even if it doesn't turn out like you first imagined.

Everyone has a story: See what happened when Janet Sketchley didn’t give up hope on publishing. (Tweet This)


Janet Sketchley asks: Do you have a long-held dream? What are you doing about it? (Tweet This)

Author's Bio:
Janet Sketchley is the author of Heaven's Prey, a story of suspense and redemption. Her second novel, Secrets and Lies, releases November 2014. You'll find Janet's Christian living articles and book reviews on her website, plus a true-life story in the award-winning anthology, A Second Cup of Hot Apple Cider. Janet lives and writes in east coast Canada. 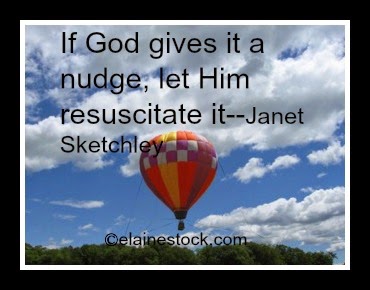