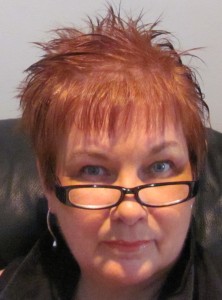 My guest this week is debut author Nike Chillemi. I've had the pleasure of meeting my "neighbor" who lives about 3.5 hours south of me through ACFW as we've shared emails on various loops. Nike's novel BURNING HEARTS with Desert Breeze Publishers is a current release. Nike is sharing with us about what has inspired her to write. If you have any questions or comments for Nike, please drop her a line on this blog. She'd love to hear from you!


I've always enjoyed expressing myself through writing. As a teenager, I wrote typically youthful poems filled with angst. I think when I entered a room with my poetry-spiral notebook, my parents and brother wanted to flee, having been trapped once too often and forced to listen to stanza after bleeding stanza. I was an honors English student in high school, so that also fueled my writing at that time.


Though fashion is great fun, especially vintage fashion, the turn my writing has taken toward gritty action scenes and more complex subthemes has been motivated by something deeper than the rag business. I have a certain readership I'm writing for. My readership may be churched, or not. They might've been born into the church and are comfortable with Christian symbolism, but that's where it stops. I'm also writing for the backslidden. Rather than sermonizing, because that will make this group throw the book into the trash, I want to create engaging characters who have a deeper walk with the Lord. 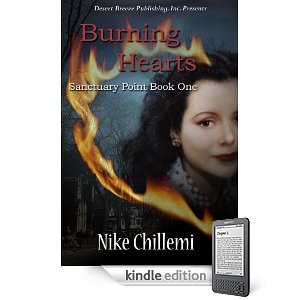 All my books have a subtheme calling for justice for the murder victim. I notice on Facebook and Twitter that I've garnered some followers who are members of victim's rights groups. I also have a number of recovering alcoholics as followers and I welcome them as my online friends. BURNING HEARTS has alcoholism as one of its sub themes.

I try to create heroines and heroes who are very human, some with deep flaws, some snarky, some gullible, some fearful. But then, I show how their love for another causes them to rise up and become something greater than they were. I show how ordinary, very fallible people, when motivated by love, can begin to walk through life with dignity and honor and become a person who is admirable.
In a nutshell, the gospel message I try to demonstrate in my novels is that when light is shined into darkness, even if it's a faint glow, it dispels the dark. I try to show that love is more powerful than evil and cannot be defeated by evil. That as we walk with the Lord, and come to share in His love and grace, we can feel a peace that is beyond our understanding, even in the worst of storms.

Author Nike Chillemi's Bio:
Nike Chillemi has been called a crime fictionista due to her passion for crime fiction. She is a member of American Christian Fiction Writers (ACFW) and the Edgy Christian Fiction Lovers (Ning). She was an Inspy Awards 2010 judge in the Suspense/Thriller/Mystery category and a judge in the 2011 Carol Awards in the suspense, mystery, and romantic suspense categories. She is the founding board member of the Grace Awards, a reader's choice awards for excellence in Christian fiction. She writes monthly book reviews for The Christian Pulse online magazine. BURNING HEARTS is the first book in the crime wave that is sweeping the south shore of Long Island in The Sanctuary Point series, published by Desert Breeze.

Can a sheltered young seamstress, disillusioned by the horrors of WWII, escape an arsonist/murderer who has killed her employer and mentor, while trying to decide if she can trust the dashing war hero who’s ridden into town on his Harley—who some say is the murderer?
Erica Brogna’s (23) parents doted on her and taught her to think for herself. Many boys she grew up with have fallen in the war, shaking her childhood faith. In rides a handsome stranger, at the hour of her most desperate need. A woman who is her best friend and mentor is trapped in a burning house. After making an unsuccessful rescue attempt, Erica stands by as this man rushes into the inferno and carries her friend’s lifeless body out.
Lorne Kincade (27) can’t out run his past on his Harley Davidson WLA, the civilian model of the motorcycle he rode in the war. He’s tried. He’s been a vagabond biker in the year since the war ended. His Uncle Ivar bequeathed him a ramshackle cottage in Sanctuary Point, on the Great South Bay of Long Island, NY and now he’d like to hope for a future again, repair the miniscule place, and settle down. The only problem is, a young woman with hair the color of mink is starting to get under his skin and that’s the last thing he needs.