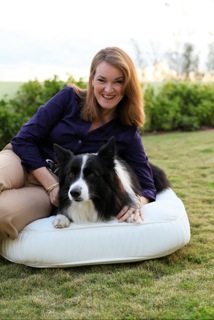 It's amazing how the love of story can unite readers and writers. When the buzz on this week's debut author's novel YESTERDAY'S TOMORROW started to circulate, my curiosity piqued. I contacted Cathy and she graciously agreed to being a guest on Everyone's Story . . .and so I began reading her novel. Raised on my father's love of all war movies, truthfully, though Cathy's premise sounded interesting, I wasn't sure what to expect. I must tell you--this is one of the best books I have ever read. I fell so in love with the characters that I didn't want the story to end.


And, for that reason, I'm excited to say that Cathy is offering one copy of YESTERDAY'S TOMORROW to one randomly chosen viewer who leaves a comment. Please include your email address so we can contact you. I'd also appreciate if you become a
Follower to this blog. Plus, there's a fun poll at the very end if you'd like to vote.


Independent, career-driven journalist Kristin Taylor wants two things: to honor her father's memory by becoming an award-winning overseas correspondent and to keep tabs on her only brother, Teddy, who signed up for the war against their mother's wishes. Brilliant photographer Luke Maddox, silent and brooding, exudes mystery. Kristin is convinced he's hiding something.

Willing to risk it all for what they believe in, Kristin and Luke engage in their own tumultuous battle until, in an unexpected twist, they’re forced to work together. Ambushed by love, they must decide whether or not to set aside their own private agendas for the hope of tomorrow that has captured their hearts.

Interview on Catherine West
In her first few days in Vietnam, your character Kristin experiences things she has never seen before such as a child killed—yet the child was about to kill her. As an author, what was it like to paint the picture of an enemy—a child—and then have the boy killed? How can present-day readers relate to those grim days of the 1960s and 70s?

I don’t particularly enjoy writing scenes of violence, death and destruction, but I knew that for this particular story to be authentic, I would have to do so. The scene you’re talking about takes place early on in the story, and is Kristin’s first introduction to the horrors she’s about to face. As hard as it is, she needed to look past the fact that he was just a kid, because he wouldn’t have thought twice about shooting them. Luke’s quick reaction, although brutal, was necessary. Out there a lot of the time it was ‘kill or be killed.’

You’ve taken a lot of chances as a debut author in Christian literature, such as writing a story placed in a war setting and characters that drink. Was this intentional so you could perhaps grow the market or was it more a situation that this was the story burning in your heart to tell?

The way I chose to tell the story really had nothing to do with the market. It is what it is. Again, I think it comes down to being authentic without crossing the line and offending all my Christian readers. I realize that some readers will be offended because of the actions of my characters and the decisions they make, but that’s life. I’m not really expecting those readers to pick up the book anyway, but if they do, perhaps they will look past the parts they don’t agree with and resonate with the final restoration.

I’ve already had to address this issue, and while I do respect the beliefs and lifestyles of those who may take offense, my passion is to write stories about the real world that reach those who would not necessarily pick up a “Christian” novel. I could not have written a story about Vietnam in a way that came across as fluffy or too good to be true. The second reason is that I don’t believe I can accurately portray the love and saving grace of Christ without first portraying the sin He came to save us from.

Your two protagonists are journalists. Do you come from a journalism background? If so, do you believe it has aided your fiction writing?

I did want to be a journalist in my early days! I worked for three summers at newspapers, and did a bit of reporting. While I enjoyed it, my heart was really in fiction. I did learn how to talk to people and ask questions though, which does help when you’re writing a novel, especially one that requires research.

I can relate to Kristin. She’s full of fearless determination, willing to face obstacles despite past struggles, yet she suffers from daily anguish that makes her incredibly realistic. Is there any of you in Kristin?

Oh, probably not! I’m not at all adventurous and would never put myself willingly in a situation that might get me killed! I do relate to her struggles with her faith though. I have been there, and know the obstacles that stand between a life in the world and a life with God at the center.

It wasn’t until I had lunch with a friend recently and she asked what I needed to edit the most—character or plot and I had replied plot—that I realized my stories center more on character. YESTERDAY’S TOMORROWS has a lot of exciting plot peaks and twists. Would you say you’re a plotter or character driven in writing?

I’m definitely character driven. I really don’t plot much at all, which can be to my detriment, as it takes longer to figure it all out. Usually what happens is that I’ll get a vague idea of a story, setting or premise, then the characters will begin to introduce themselves. Most of the time it’s like a movie playing in my head and I’m constantly re-writing until the end of the first draft.

Cathy, I love the Oscar Wilde quote Kristin uses: “To live is the rarest thing in the world. Most people exist, that is all.” Would you say that since launching your writing career you’re seeing your dreams come alive?

Yes, for sure! Becoming a published author has been a dream of mine for longer than I can say. It’s not easy to get to this point, but it’s rewarding to see all the hard work pay off when I hear from a reader who loves my writing. The hard work continues though, with marketing and of course writing more books!


Your skill of dialogue made me fall in love with Kristin and Luke and prompted me to keep reading. How have you developed this talent?

Thank you! Dialogue actually comes pretty easy for me. When I first started out, once I was in critique groups and getting feedback from writers who knew what they were doing, I struggled a lot with POV and really had to work hard to get that right, and I loved writing in past tense, which was an extremely hard habit to break. I’m happy to say that I have broken the curse!

Cathy, how would you describe your story(ies): mainstream fiction with love-story elements or romances with mainstream elements?

Hmm. I think my books are more mainstream with romantic elements. I love romance though and will always have it in my stories, but sometimes they are issue driven as well, like my next novel, Hidden in the Heart, which is about a young woman’s search for her birth family.

For fun: if you were a movie director, whom would you cast to play the roles of Kristin and Luke?

Oh, I’ve been asked this before and I still don’t really know! For Luke, people have said Charlie Hunnam or Chris Hemsworth. I have no ideas for Kristin as of yet.


****Viewers, which celebrity do you think should be cast as Cathy West's hero, Luke?****

After losing her mother to cancer and suffering a miscarriage soon after, Claire Ferguson numbs the pain with alcohol and pills, and wonders if her own life is worth living.

Adopted at birth, Claire is convinced she has some unknown genetic flaw that may have been the cause of her miscarriage. She must find a way to deal with the guilt she harbors. But exoneration will come with a price.
With her marriage in trouble and her father refusing to answer any questions about her adoption, Claire begins the search for her birth mother. For the first time in her life, she really wants to know where she came from.
It never occurs to her that the woman who gave her life may not want to be found.

Educated in Bermuda, England and Canada, Catherine holds a degree in English from the University of Toronto. When she’s not at the computer working on her next story, you can find her taking her Border Collie for long walks or tending to her roses and orchids. Catherine and her husband live on the beautiful island of Bermuda, with their two college-aged children. Catherine is a member of Romance Writers of America, and American Christian Fiction Writers, and is a founding member of International Christian Fiction Writers. Catherine’s debut novel YESTERDAY'S TOMORROW, released in March 2011 through OakTara Publishers. Catherine’s next novel, HIDDEN IN THE HEART, will be available in the near future, also through OakTara.