Kelly Hashway: Cornering The Children's, Middle Grade, and YA Market 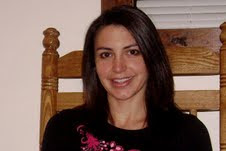 Kelly Hashway is Everyone's Story's guest this week. Welcome, Kelly. I first became acquainted with Kelly when she wrote children's books, and actually invited her to guest on this blog because she'd be its first children's book author. Now, I'm even more excited because she writes not only for the children's market, but for the Middle Grade and Young Adult readership as well. I wouldn't be surprised if Kelly becomes the next BIG name in these genres. Curious how she was first motivated to write? Like her stories, she has an  interesting twist to share.

First, a few questions for Kelly: 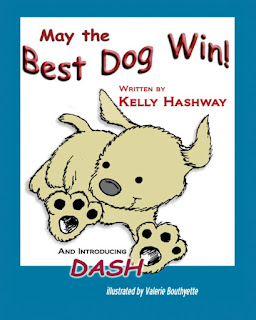 When I first became acquainted with you I’d met Kelly Hashway, children’s book author. Now you’ve morphed into upcoming YA novelist with a bright future (a two-book deal) and supportive agent, let alone a four-book deal for a MG series. Congratulations! Had you purposely used writing for a young audience as a stepping stone into the YA fiction world or  had your interests changed? Sure, the reading audience varies by age and all things connected, but does writing for the two audiences vary to the extreme?

When I started writing, I thought I’d write for the middle grade level. I was teaching middle school at the time, and I loved that age group. But then my daughter was born, and reading picture books made me want to give that a try. To my surprise, I sold my first picture book before I found an agent for my middle grade novel. And then it was another surprise when the idea for Touch of Death came to me. I thought, “Wait, that’s YA. I don’t write YA.” But I guess I do because that story consumed me. I’d never had an idea come to me so easily, and I loved every second of writing it. I’ve now written more YA than any other age level. So I guess I just follow the ideas as they come to me. I’m extremely grateful that I’ve been able to break into each age level because they all offer something different for me as a writer, and I think they keep my writing fresh.

On your blog you’ve spoken about having the experience of letting the story rip from your mind to fingertips in twelve days. What’s your secret of accomplishing this while still being a wife, mom, and doing the little things in life such as eating and sleeping? How are you guarding burnout?

Sleep? What’s that? LOL. When I’m drafting, I admittedly get kind of crazy. I gladly give up sleep to write. The story just consumes me, and I fall in love with my characters. I steal time from everywhere—when my daughter is sleeping or at school mostly. If I’m in a zone, I can write about 15,000 words in a day, and I find my writing flows better that way, too.

As far as burnout, this year I’ve already written three books. I realized I couldn’t keep up that pace or I’d wear myself out. So I took a break from novels and focused on short stories. I also took on more freelance editing jobs to fill my time. It’s still a part of writing, so I’m exercising my writing brain, but I’m not wearing myself out by thinking up all these ideas on my own. Now, I’m drafting again, and I found the mini-break really made me eager to get back to work on a novel. 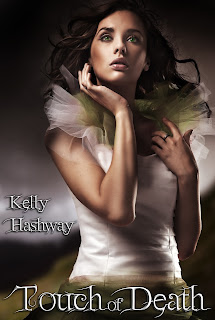 As an author who is building her career and growing her audience, how do you feed the social media beast as well as keep it tamed and in its place?

I try to be present while not letting it take over. Social media can be time consuming, so I set aside specific times to be online. First thing in the morning works best for me. But… I keep my laptop on and I’ll Tweet, Facebook, comment on a blog, or answer an email here and there throughout the day. I limit myself to about five minutes though. Then, I’m back to whatever I was doing. I keep reminding myself that while being online is fun, I won’t have anything to write about if I don’t get out there and live life.

A Mall, A Book, and A Dream by Kelly Hashway
It’s not easy to trace a writing career back to the moment it truly began, but I can trace mine back to an incident that definitely contributed to my dream job.
When I was growing up, my parents used to go to the mall every Saturday. Now, when you’re in late elementary school/early middle school, shopping with your parents isn’t the most exciting thing in the world. So, I quickly made a deal with my parents: take me to the bookstore first, buy me a book, and I’ll be quiet and well-behaved for the rest of the trip. And that’s exactly how every trip went. I’d run into Walden Books, find a new book—usually one written by R.L. Stine—and I’d read while my parents shopped. Yes, while they shopped. My mom would have to tug on my elbow to keep me from bumping into people, walls, and the occasional candy & nut stand in the center of the mall. I was in my own little world, lost in the words created by another. Created by someone I envied.
I literally tuned out the world while I was walking through the mall with my nose in a book. The only thing that mattered was the book in my hand—the characters who had become friends to me. During those trips to the mall, I discovered my love of the written word. I knew that I wanted to do for others what those authors did for me. I wanted to be a writer.
So, at ten years old, I sat down to write my first novel. This was back when floppy discs were around, and they didn’t hold anywhere near the amount of work a flash drive can hold. I took my love of R.L. Stine books, and I wrote in his fashion. I created characters and a very brilliant plot about a shark attack. Oh, yes, it was brilliant… to me. Looking back, it was dreadful. But that doesn’t really matter. What mattered was I was writing. I was taking my first steps toward becoming an author.
As I typed, I didn’t care about format. I simply wrote—one long run-on sentence. No periods. No paragraph breaks. Just words on the screen. I decided I’d go back and fix it later. (Look, I was already aware that much of writing takes place during revision! Go, ten-year-old me!) I filled the floppy disc, but I wasn’t finished with the book.
Well, somewhere along the way, I stopped working on my book. Most likely homework and playing with my friends got in the way. By the time I went back to look at what I’d written, I knew it was awful. I never finished it. Instead, I kept reading book after book after book. And I learned.
Today, I still read as much as possible because books are the best form of research. They make me a better writer. And every time I sit down to draft a new manuscript, I think back to that girl, walking through the mall with her nose in a book. I can still remember all the elbow bruises when I collided with walls and store doors. I can still smell the pages of the books I held so close to my face. And those memories drive me to become a better writer. I’m living that little girl’s dream, and I know when my novels come out, she’ll be smiling.
~*~Writers--looking back, what childhood interests helped shaped you as an author? Readers--how did your childhood reading interests differ from your peers? Kelly would enjoy hearing your answers... or just drop by and say hello!~*~
Author’s Bio:
Kelly Hashway taught middle school language arts for seven years before becoming a full-time writer and mother. She has published over one hundred short stories in various children’s magazines and anthologies. She is the author of the picture book MAY THE BEST DOG WIN and has several others under contract. Her full-length middle grade and young adult works are represented by Lauren Hammond of ADA Management. Look for her debut young adult novel, TOUCH OF DEATH, releasing January 15, 2013 through Spencer Hill Press and the sequel STALKED BY DEATH, releasing July 23, 2013. Her debut middle grade series, CURSE OF THE GRANVILLE FORTUNE, is set to release January 21, 2014 through Month9Books.
You can find Kelly Hashway at:

Your visit to Everyone's Story is greatly appreciated. Although Comment Moderation is set, I will do my best to post your comments as promptly as possible.