Pat Simmons: Listening To God And Finding Family Along The Way 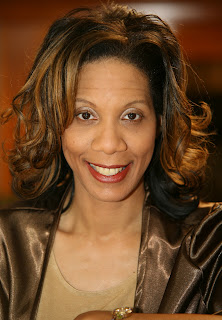 Everyone's Story welcomes author Pat Simmons. Pat is an amazing and fascinating woman, accomplishing the publication of several single-title novels, a career in media for 20 years, and  family genealogy research, unlike myself who keeps saying I'll do it one of these days. Yet, if you ask Pat, I'm certain she'd say her life revolves around what God wants for her.

Pat is graciously offering one copy of her new release THE GUILT TRIP to one randomly chosen commenter. For convenience only, please leave your email address within your comment. Thanks!

First, A Few Questions for Pat Simmons:
I’m particularly fascinated and awed of your genealogical research on your family, especially because my own family has seldom shared any details. Has knowing your past re-shaped your present?

And, do you believe this knowledge is helping you to take certain distinct steps toward a future that you may not have thought twice about if you hadn’t known your heritage?

My research on my mother’s side has led me to Robert Jamison, the man who enslaved my second great-grandmother. Living in his house, as a guest, was John Wilkinson who fathered two sons with my second great-grandmother. As an African-American, I’m saddened by what my ancestors went through, but knowing the facts strengthens my resolve and being a Holy Ghost filled Christian, I know I can go through anything and make it like they did. Since I weave genealogy into my Guilty storylines, it’s important to provide the history and then give a Christian response.

The RT (Romantic Times) Convention is a huge event. You oversee the media publicity for these mega annual functions that bring publishers, authors, and book fans together under one roof. Coupled with your media background in radio, television, and print, I’d think this is instrumental in your own promotion of your novels. Any tips in circulating the buzz?

Oh, Elaine, how much time do we have? My background does help, but it is not enough time in the day to write and promote. Sometimes, it feels like I have to choose either one or the other. I’m big on promotional items and give-a-ways. I sign at several military bases throughout the year that puts me in contact with people from all over the country. That’s in addition to being on Twitter and Facebook. I also have a newsletter that I send out on a monthly basis. Last year, with the encouragement by a friend, I started to write ebook novellas. That has drawn people to my main books. I have polo shirts and hoodies that my family wears whenever we are out. I participate in vendor days at companies. I go to conferences armed his postcards and flyers to hand out and I do workshops…are we tired yet? LOL.

In working with you preparing this blog segment, your sense of humor is copious and delightful. How would you describe your novels—humorous, pensive, or a touch of everything?

Humor first and definitely emotional. I want people to believe I’m a nurse or teacher or military brat or whatever role my character is playing and I want my readers to see the location.

When not working—writing, promoting, researching of any nature—what does Pat Simmons claim as downtime?

Sew, but even I put myself on a schedule for that. I put one load of clothes in and when that cycle is finished, I’m finished sewing for the day. I also schedule my housework, breakfast, etc. It’s the only way I can multi-task.

Thanks for hosting me, Elaine. It’s been fun!

A Different Kind Of Brand by Pat Simmons
Genealogy was my brand before I even knew there was such a thing in publishing.  Guilty of Love was actually the third novel I wrote, but the first one that was published. The amazing thing is I didn’t want to write the story because of the subject matter: abortion. After I gave it some thought, I realized that I could write ten novels and none of them would be successful until I wrote the one God told me to. Let me tell what Jesus did. That book broke sales records for the imprint that year. It also established my writing career. The Guilty series now called the Jamieson Legacy will probably go to seventeen books. Look at Jesus. What would have happened if I didn’t say, yes Lord?

Prior to starting that book, I became interested in my family’s genealogy. I decided to incorporate some of my family names into the stories in hopes of tracking now distant relatives who might pick up the book and recognize names.

I chose Charlotte for my main character’s mother. Charlotte was my maternal grandmother and my maternal great-great grandmother. Then on to the last name. I needed something that had a distinguished ring. Somehow Jamiesons stuck, thus creating Parke K. Jamieson VI. He and his brothers became the strong, successful and confident men who were the tenth generation descendants of a royal African tribe.

My maternal grandmother’s last name was Wilkerson. I located Charlotte Wilkerson along with her two sons: William (my great grandfather b. 1866) and his brother Samuel (b. 1868), on the 1880 census. I hit a wall when I went back to the 1870 census. I couldn’t locate them. I turned to other genealogy enthusiasts to help in the hunt for Charlotte Wilkerson and her two sons who would have been four and two. It’s amazing how savvy some these sleuths are. A few days later, they came back with information that made me hold my breath.

It appears that Charlotte’s last name was actually Jamieson. Eerie, huh?  I had no idea I was giving my character the exact FIRST and LAST name after an ancestor.

Since 1870, was the first year blacks were counted as free, I searched the 1860 slaveholders’ schedules. Sure enough, Robert Jamieson was the slaveholder over my great-great grandmother. In his household, there was a guest and “teacher in the academy”, John Wilkerson (my white great-grandfather).

So for six years, the Guilty series has captivated Black and White readers alike with strong Black families and historical facts that are weaved into contemporary storylines. Now the Guilty series is called The Jamieson Legacy under the Lift Every Voice imprint.  My newest release is The Guilt Trip.


Do you have a question for Pat on genealogy or PR methods? Want to share how you trust God in your writing? Pat looks forward to hearing from you.

Author Bio:
Pat Simmons is a self-proclaimed genealogy sleuth. She is passionate about researching her ancestors, then casting them in starring roles in her novels.  She hopes her off- beat method will track down distant relatives who happen to pick up her books. She has been a genealogy enthusiast since her great-grandmother died at the young age of ninety-seven years old in 1988.

She describes the evidence of the gift of the Holy Ghost as an amazing, unforgettable, life-alternating experience. She believes God is the author who advances the stories she writes.

Pat has a B.S. in mass communications from Emerson College in Boston, Massachusetts. She has worked in various media positions in radio, television, and print for more than twenty years. Currently, she oversees the media publicity for the annual RT Booklovers Conventions.

She is the author of eight single titles and several ebook novellas. Her awards include Talk to Me, ranked #14 of Top Books in 2008 that Changed Lives by Black Pearls Magazine. She is a two-time recipient of the Romance Slam Jam Conference’s Emma Rodgers Award for Best Inspirational Romance for Still Guilty (2010) and Crowning Glory (2011).

Pat has converted her sofa-strapped, sports-fanatical husband into an amateur travel agent, untrained bodyguard, and GPS-guided chauffeur. They have a son and daughter.