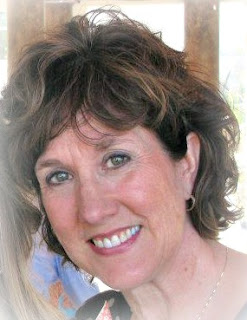 Everyone's Story welcomes this week author Beth K. Vogt. I first met Beth through her blog In Others' Words and I am grateful I did. If you ever need a pick-me-up to continue on your own unique path in life, Beth's gentle but strong words will do it. When discussing the details of her guest appearance I suggested that she may want to do what she does best: encourage others to be themselves, no matter if society or certain individuals claim they're flawed. Indeed, Beth came back with a lovely commentary that is shared below.

Beth is offering an excerpt of her debut novel WISH YOU WERE HERE for your reading pleasure... the same novel that is offered as a giveaway (see details below).

Book Giveaway:
Beth is generously offering one copy of her debut novel WISH YOU WERE HERE to one randomly chosen commenter. The winner will be announced on Friday, October 26th between 4-5 PM EST. WISH YOU WERE HERE is a fresh take on the runaway bride theme when Allison, who is accustomed to the front seat of control, must rely on God to guide her way past her comfort zone. For your pleasure, here's an excerpt:

WISH YOU WERE HERE

As promised—one postcard from Australia! ~Daniel

Alli stared at him, confusion once again clouding her eyes. She cut short the whisper of his name when she covered her lips with trembling fingers. “Y-your cell.” She shook her head, as if clearing her thoughts, and stepped out of his embrace. “You probably need to answer that.”
“Alli, wait.” He reached for her hand as he dug his phone out of his back pocket and flipped it open. “Daniel here.”
“Hey, it’s Seth. Did you go by Allison’s tonight like I asked? I’ve tried calling her, but she’s not answering her cell.”
“Seth.” Alli’s eyes widened, the lips he just kissed now forming his brother’s name. Their eyes locked, Alli seemed to hold her breath, waiting to see what he would say. What was he supposed to do? Add lying to his sins?  “Yeah, I’m just leaving Alli’s. I grabbed a load of boxes. I’ll drop them by your house tomorrow.”
“You want to bring them by tonight?”
“No, it’s later than I realized.” He faced away from Alli, putting distance between them.
“How’s Allison?”
“She’s fine.” Not that Daniel was asking at the moment. “She’d just tried on her dress when I showed up, counting the days until the wedding.”
“I can’t wait to see it. Mom said it’s stunning.”
Daniel managed some sort of non-committal reply. Their mom was right—and wrong. The dress was stunning, but it wasn’t right for Alli. Didn’t matter. Alli would be a beautiful bride for his brother.


The Beauty of Imperfection by Beth K. Vogt

Oh, don’t get me wrong. I tried to be a perfect person for far too long. I was all about crossing my t’s and dotting my i’s just so.


When I was younger – and thought being smarter equaled being wise – I also thought happiness meant no mistakes. (Please, laugh a little more quietly.) If I could only do things right, be the right person, then I would be happy.

So when I embarked on the adventure of motherhood, I wasn’t going to be just a good mom – I was going to be a perfect mom. It didn’t take too long for me to realize that I was missing the mark of “perfection” on a fairly regular basis – sometimes on a minute-by-wretchedly-imperfect minute.


I had a choice: I could admit I made mistakes. Or I could fake it.


I tried faking it. And I exhausted myself. I also frustrated both my children and myself. Finally, I admitted I was anything but perfect when it came to raising my children – or anything else, for that matter.

Here’s the funny thing: A few years ago, my oldest daughter asked me, “Do you want to know what the best thing is about you as a mom?”

Did I? I could almost hear the angels humming in the background. This was the long-awaited moment when one of my children rose up and blessed me. All moms wait for this, right?

Here’s what my daughter told me (and I quote): The best thing about you as a mom is that you weren’t perfect.

Of all the things I tried to do for my children – my daughter appreciated my failures?

She went on to explain that my imperfections were a blessing. By being less than perfect, I didn’t lull her into the false belief that her dad and I had a flawless marriage. I also didn’t set the performance bar so high for her that she thought she had to live a mistake-free life. And she also realized that being a woman of faith didn’t mean you never messed up.

Shakespeare gave MacBeth the fatal flaw of “vaulting ambition” – the desire to be important, to be powerful.

My vaulting ambition was to be perfect. Now I’ll be the first person to admit I’m anything but perfect.


The characters in my novels? They’re not perfect, either. They make mistakes – and have to face the consequences of their actions. Why? Because that’s real life. Yes, I write fiction, but I like to wrestle with the realities of life within the pages of a made up story.

I know of only one person who ever lived a perfect life – and he ended up dying between two thieves after coming to serve and save the lost.

Was his life wasted then?

No – because Jesus was all about telling people they didn’t have to be perfect.

He was all about grace. Ah, grace. Doesn’t that word sound like an exhale of expectations?

Here’s the funny thing: Life, in all its less-than-perfect messiness, is beautiful.
In mistakes, you find forgiveness. In brokenness, you find mending.

If my life was perfect, where would my need be? For God? For others? For hope or love or comfort?

Life doesn’t have to be perfect to be satisfying …

A perfect life will never be satisfying.

Because a perfect life is an illusion. Real life, by definition, is flawed. You learn to embrace the heartache and the hope. You discover the patience to wait in the darkness for the first sliver of dawn … and God’s mercies that are new every morning.  (Lamentations 3:23) And, yes, you realize that maybe, just maybe, the reality that you aren’t perfect is the best thing about you.

Viewers, let's chat: Have you been thrust into the false notion that you are a failure because you are not perfect? What have you done about it? Beth would enjoy hearing from you.

You can visit Beth at:

And watch for Beth's upcoming release: