Sharon Srock: An Author's Lessons From Her Writing 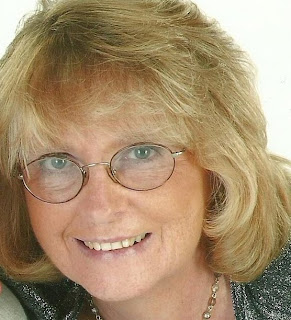 Everyone's Story is pleased to host author Sharon Srock. This is Sharon's 2nd appearance on this blog (see her first visit here) and it's an awesome thrill to have watched Sharon on her journey from debut author to multi-published author. Sharon offers a reading excerpt from her novel TERRI and answers a few questions for us. Please join us this week for some fun, and if you have another question for Sharon leave it in a comment. We'd both love to here from you.

Book Giveaway:
Sharon is offering to one randomly chosen commenter one copy her novel THE WOMEN OF VALLEY VIEW: TERRI. The winner will be announced here on Friday, August 16th, between 4-6 PM EST. For convenience, please leave your contact information within your comment. Thanks!


Blurb of Terri:
Despite a bustling day care center and a new foster child, Terri Hayes hungers for a family of her own. Then a plumbing mishap leaves her homeless and questioning God’s plan. Steve Evans’s gracious offer of his basement apartment as a temporary solution is an answered prayer.

Steve is a successful writer and a good father, but Terri is horrified when Steve’s book research leads him to a harsh confrontation with the parents of her foster child. She needs to distance herself from Steve, but her efforts fall short as his two scheming daughters plot to make Terri their new stepmother.

Will harsh words and sneaky plans drive Kelsey’s family further apart and put a wedge between Terri and Steve? Or does God have another plan in store?

An excerpt of Terri for your reading pleasure:

The Women of Valley View: Terri by Sharon Srock

Terri Hayes chewed her bottom lip and prayed. Outside her windows on this sunny Friday afternoon, the Oklahoma summer persisted in spite of the September date circled on her calendar. Her hands sweated, and she clasped them behind her back. She would have raked them through her hair, but she wanted to telegraph calm and collected, not the nervous anticipation churning like ocean waves in her stomach. The weeks of preparation, the evenings spent in class, the hours of prayer, all came down to this.
The curly black head of her visitor disappeared under the kitchen sink. Terri heard grunts and clanks as the woman shifted and examined the contents of the cabinet. Her visitor stood and yanked the top of her crisply tailored suit back into place, her stern face thoughtful as she scribbled notes on a clipboard.
Despite Terri’s desire for calm, her lip chewing graduated to nail biting. Had she missed something? “Ms. Wilson, I…”
Cindy Wilson held up a hand. “Please, Ms. Hayes, I prefer to conduct my investigation uninterrupted. We’ll discuss my findings when I’m done.”
Terri swallowed her comments with a nod and trailed behind the imposing African-American woman whose job it was to poke and prod into every corner of Terri’s home. She ran through her own mental checklist as they proceeded from room to room. Outlets covered, medicines locked away, cleaning supplies stored out of reach, covers on all of her trash cans. A second perusal of Ms. Wilson’s expression produced no further insight. Pass or fail? Terri shook her head. I wonder if this woman plays poker.
Terri opened the door to the larger of her two spare bedrooms. The odor of fresh paint drifted out to greet them. This was the pride of her summer. She motioned her guest inside, aching to point out the highlights of what she’d worked so hard to accomplish, but she held her peace in the face of Ms. Wilson’s strident and silent inspection. More notes on the clipboard, murmurs, and hums. Approval or disapproval? How can I tell?
Inspection completed, Terri followed her visitor back to her sunken living room and made an effort to gain some control over the situation. “Have a seat, Ms. Wilson. I have iced tea or soda if you’d like something to drink”
“No, thank you.” Ms. Wilson sat on the sofa and studied her notes. Her pen tapped an annoying beat as she read. Terri took a chair across from her and waited in helpless anticipation.
“It says here that your decision to apply to our program was motivated by a television show. Can you clarify that for me, please?”
Terri clasped white-knuckled hands in her lap. “It was a documentary. I cried for the whole hour. It broke my heart to see so much to be done and so few people willing to make a difference.”
“So this is an emotional decision on your part?”
“Yes…I mean no. I—”

Questions for Sharon
I met you as an about-to-be debut author. Now, your third title is about to be released. What advice can the published author Sharon give the pre-published writer Sharon?

To slow down and enjoy the moment. I'm closer to sixty than I like to think about and, for me, there's been a certain urgency with every step of the journey. That first contract, the first edits, holding that first book in my hands. There are times when I've allowed the joy of those things to be overshadowed by what comes next.

There are just so many little steps that have to be followed to launch a book. It can be a lot overwhelming and a little pleasure stealing. When TERRI released last spring, I was still trying to promote CALLIE. I am so NOT good at being the person at the front of the room.

Do you keep a particular reading audience in mind when you write your stories? What makes you gravitate toward this readership?

I really don't. When I started CALLIE, I just knew that I wanted to appeal to a broad readership so I wrote in characters from age twelve to sixty.

I'm going to share a secret with you. I don't read much women's fiction. I'm more of a romantic suspense, mystery, courtroom drama type reader. So the fact that I write women's fiction remains a mystery and surprise. I've got readers that are men, kids as young as twelve, and women in their eighties. I'm amazed and all I can say is that it's a God thing.

What life lessons have your "ladies" (your characters) taught you? Any surprises?

Every book has yielded a surprising lesson to the author.

TERRI taught me to trust in God's plan for my life, even if it felt wrong. He wants us to move from point A to point B, but the journey is rarely in a straight and predictable line.

PAM taught me lessons in forgiveness that I'm still processing.

SAMANTHA is teaching me lessons in endurance. Not so much in the story I'm telling, but the writing has been more of a challenge this time. But, we're getting there.


Learn how new author Sharon Srock made journey from debut to multi-published. (Tweet This)

Discover why Sharon Srock has such a diverse reading audience. (Tweet This)

Bonus: Sharon, and her publisher, Pelican Book Group, have a bonus for you. Just click here.

Author Bio:
Sharon Srock went from science fiction to Christian fiction at slightly less than warp speed. Twenty five years ago, she cut her writer's teeth on Star Trek fiction. Today, she writes inspirational stories that focus on ordinary women using their faith to accomplish extraordinary things. A member of the American Christian Fiction Writers, Sharon serves her local chapter in the role of treasurer. Sharon lives in the middle of nowhere Oklahoma with her husband and three very large dogs. Her books include: The Women of Valley View: Callie and The Women of Valley View: Terri, both of which are currently available. The Women of Valley View: Pam will release in early 2014.