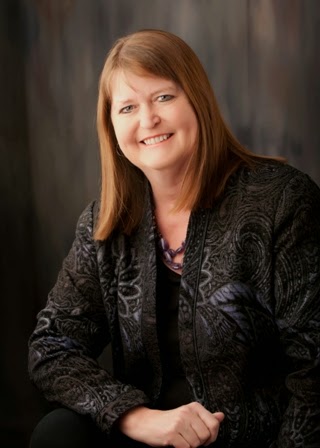 Everyone's Story warmly welcomes author Mary Connealy. A friend invited me to attend a lecture/book-signing at a library given by Mary Connealy. Although I wanted to attend this event, let alone a rare occasion when a big name Christian author makes an appearance in my corner of the world, I couldn't attend. So, the blogger I am, what did I do but invited Mary to appear on Everyone's Story. And she accepted! Mary's signature line is romantic comedy with cowboys, appealing to all readers since it has a little of something for everyone. Please join us this week as she shares her take on forgiveness--both a theme and a life decision that we all face, and often on a daily basis. Check out the nice Giveaway offer from Mary of A MATCH MADE IN TEXAS and its blurb. Mary and I look forward to hearing from you.

Book Giveaway:Mary is offering one print copy of her novel A MATCH MADE IN TEXAS, a collection of novellas by four wonderful authors including Mary, to one randomly chosen commenter. The winner will be announced here on Friday, January 31st, between 5-6 PM EST. For convenience, please leave your contact information within your comment. Thanks!

A blurb of A MATCH MADE IN TEXAS:
There's a secret matchmaker at work in frontier Texas. In the small town of Dry Gulch, Texas, a good-hearted busybody just can't keep herself from surreptitiously trying to match up women in dire straits with men of good character she hopes can help them. How is she to know she's also giving each couple a little nudge toward love?

Mary’s book in this collection--Meeting Her Match:
When the tables are turned and a tenderhearted meddler becomes the beneficiary of a matchmaking scheme, her world is turned upside down. As her entire life changes, will she finally be able to tell the banker's son how much she cares for him?

Fired Up To Forgive by Mary Connealy

I thought I’d talk about my September release Fired Up, because I think it has a particularly powerful faith message. In Fired Up, all of my characters struggle with forgiveness. Particularly one teenaged boy, but as the story progresses the adults realize that, though they are worried about him, they are struggling with unforgiveness, too.

The moment comes in a talk with the villain of the story and I have to be careful what I say here to not write too many spoilers but my hero Dare is talking to about forgiveness (will Paul, the teenager, is listening in, as well as his mother Glynna, the heroine). Dare tells someone (wow, I can’t say much without giving a lot away) that Jesus asked God to forgive the men who were crucifying Him. And this ‘someone’ says something like ‘God couldn’t have loved his son very much or He could never forgive such a thing.

Dare reference Matthew 27 right after Jesus died. This is paraphrased and shortened. Dare says, “A curtain in the church was ripped in two. There was an earthquake, and rocks split. Graves opened; and dead men arose and appeared unto many.

Then Dare says, “I reckon God was mighty upset to do all that, but He forgave them anyway.

As Dare is explaining just how upset God was about Jesus’ death he realizes that he (Dare) hasn’t forgiven evil done to him. Later, when Paul asks about it, Paul says, “How can you forgive someone who would spit on you if you said, ‘I forgive you?’ How can you forgive someone for hitting you who will hit you again the next time they’re mad and blame you for it every time?”

Writing this helped me explore the anger Paul and Glynna and Dare, as well as so many of us, carry around inside us. Paul’s anger was hurting only him because the man he hated so much was dead. But that anger was spilling over on everyone he was near, hurting them and hurting Paul. The forgiveness God calls us to in a situation like this isn’t for those we forgive, it’s for us.

So I’ve been remembering that when I think I’ve got a lot to forgive, just how enraged God was over Jesus’ death and how heartbroken, and how forgiving. How can we do less?

How do your characters deal with forgiveness? See what award-winning author Mary Connealy says. (Tweet This)

#BookGiveaway of A MATCH MADE IN TEXAS by Mary Connealy. (Tweet This)

Mary Connealy writes romantic comedy with cowboys. She is a Carol Award winner, and a Rita, Christy and Inspirational Reader's Choice finalist. She is the author of Swept Away and Fired up, Book #1 & #2 in the Trouble in Texas series, book #3 Stuck Together is coming June 2014. Mary is also in the anthologies A Bride for All Seasons and the newly released A Match Made in Texas. She is also the author of the bestselling Kincaid Bride series, Lassoed in Texas Trilogy, Montana Marriages Trilogy and Sophie's Daughters Trilogy. Mary is married to a Nebraska rancher and has four grown daughters and two spectacular grandchildren, and one on the way.