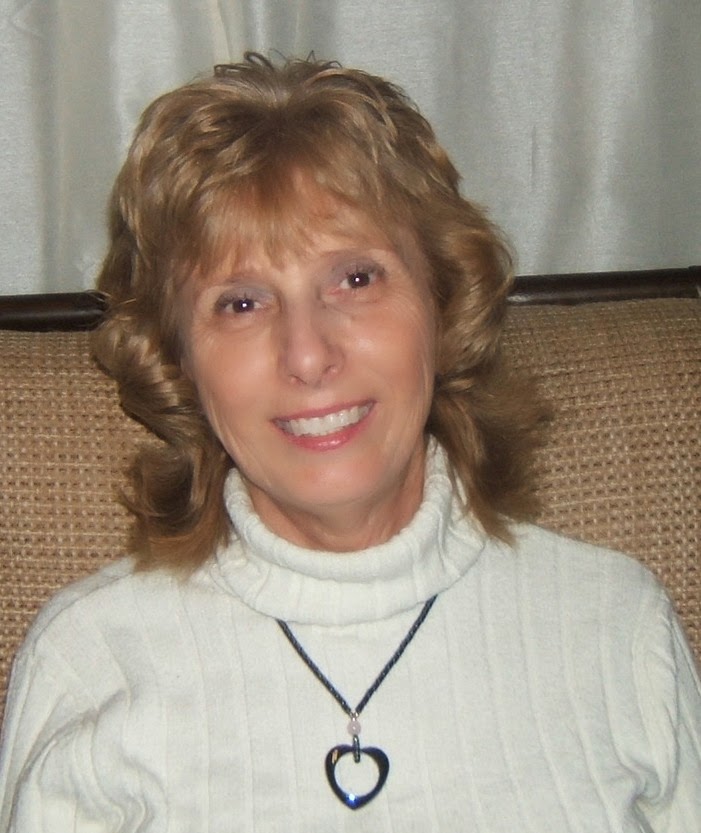 Everyone's Story welcomes author Mary L. Ball. When Mary inquired about guest appearing on this weekly blog we corresponded and I jumped on booking Mary. Mary's introduction on her website says it all: "Writing is like a person's fingerprint; all authors are different. Each of us is unique." What encouragement to both readers and writers and all those who fall in-between! Mary elaborates more in her message below. She also shares an excerpt from her Book Giveaway of ESCAPE TO BIG FORK LAKE. We're both looking forward to hearing from you.

Book Giveaway:Mary is offering one e-version of her Christian fiction novel ESCAPE TO BIG FORK LAKE to one randomly chosen commenter. The winner will be announced here on Friday, July 25th, between 5-6 PM EST. For convenience, please leave your contact information within your comment. Thanks!

Here's an excerpt from ESCAPE TO BIG FORK LAKE:

From ESCAPE TO BIG FORK LANE by Mary L. Ball

A rough, sweaty hand rubbed her head. Hungry fingers clumsily caressed her hair and brushed against her cheek.

The air filled with an odd stench and assaulted her nose. Sam’s stomach churned. She swallowed back the nausea that stirred from the pungent reek of liquor.

With a quick breath, she squelched the panic that bolted through her like lightening and concentrated on the eerie shadow that lurked above her head.

The light from a moonbeam shined across the room and created a spotlight on the staggering silhouette.

She jerked her body up in an instant.

Quickly, her head hit the couch hard as her body slammed down tight with the cushions. Rob lashed out and grabbed the front of her blouse. The gold-colored shiny circles popped off as the cotton material ripped.

Sam clawed his face, managing to pull away and scramble to her feet.

She forged the strength from somewhere deep within and gave him a quick shove. His body fell backward.

Her heart leapt as she raced toward the simmering glow coming from the nightlight in the hallway. Rob dashed after her like a dog snapping at her heels.

As Sam approached her front door, her peripheral vision glimpsed the statue made of metal perched on the shelf over her coat rack. She knew the little figurine wouldn’t offer much defense because it was small and hollow, but what other choice did she have?

Quickly, she snatched up the horse. She whacked Rob, hitting him hard, then another time, until he staggered and fell.

Sam ran as fast as she could and left Rob lying on the hallway floor. A moan escaped his lips as a trickle of blood oozed from his head.

She scurried down the steps as remorse hit her. Of all the stupid things she could’ve done! Why had she forgotten to lock her door?

Sam dashed down the sidewalk. She was aware, vaguely, of the passing city blocks.

The sting of the air in her eyes, on her cheeks, slowly revealed the brutal chill. The February night embraced her entire body. Her skin tingled as the wintry air swirled inside her torn garment.

With shivering hands, Sam grabbed the fabric and held tight. She blinked and fought against tears as they trickled down her cheek. This was no time to cry—she needed to stay strong.

Blurred with emotion, she was grateful for living in the city. The streetlights shined on the sidewalk and gave her a clear path in the night.

After a few blocks, she slowed down to a jog, finally able to stop running. Sam’s heart beat in rapid succession as she leaned against a building and heaved, barely aware of the frosty concrete pressed against her back.

Sam concentrated on inhaling slow breaths in and out, until her lungs felt normal again.

She slid down the rough surface and landed flat on the icy sidewalk. Crouched down, Sam held her ribs as they throbbed.

Rubbing her cheeks, she swiped away the moisture that flowed over her face.

No, she wouldn’t give in to despair. Now she could go back to the police and get help. Maybe, with a court order, she could keep Rob away. She could concentrate on getting her life back on the right track.

Sam sat there in the dismal hour of darkness and focused on calming her shaky nerves.

Her emotions drained her. Hunkered down on the sidewalk mindlessly, Sam watched the nightlife across the street.

After what seemed like hours, pins and needles pricked her frigid, stiff body. She clutched at her torn top and shivered once more. How could she have nowhere to go? How did she manage to lose connections to all her friends? They had all married or moved away.

Totally alone, she knew there was no other choice but to return home.

I remember a time in my life when I strived to fit in with the crowd. I suppose we all went through those days, especially when young. As I grew older I discovered that being different wasn’t a bad thing, it’s most important to embrace the person you have become and to love yourself. To me that’s where it all begins. If you can look in the mirror, smile, and be satisfied with what you see, then you can accomplish many goals.

Life has many challenges. There were times when I’d second–guessed situations, which often tempted me to conform to someone else’s way of thinking, but in the end I made the right decision and stayed true to the woman I am.

Some people may think I’m too conservative; often others might regard my attitude as boarding on submissiveness. The truth is, I have grown to accept others are different from me and I can’t alter their prospective any more than I’ll let them change mine. On those occasions when I’m in a crowd and circumstances aren’t the way I would choose I just shrug my shoulders and stand tall. To me it’s not being indifferent; it’s leaving them to be whom they see themselves as.

If I can share a piece of advice, it’s to be true to who you are and stay in tune to your feelings. If you don’t like your reflection, then change and become all you can be. Adjusting your life can be difficult, but not impossible, not if you’re determined to make changes. Those who are strong on the inside overcome and soar to new heights.

I apply this to my beliefs and my writing. I’ll speak out about my faith. It’s a big part of who I am. The trust I have for the Lord shows in my inspirational novels. Never will I badger anyone to see Jesus as his or her savior, but I will tell all why He’s important to me. In the end, we each must decide and no one else can do that for us.

Be on guard. Don’t let anyone belittle you into thinking their method is the only way. Never conform to someone’s perception. One persons’ idea of being correct isn’t set in stone.

There will be times when we, as humans, are unsure. It happened to me in my writing a few years ago. I had an agent say that my stories were elementary. That statement made me question my writing ability. Months later, an acquaintance commented that my novels brought back memories of Grace Livingston Hill and her books. She went on the say I have the same writing style. Until then I wasn’t familiar with Ms. Hill’s novels. I decide to research her. Wikipedia states that Ms. Hill’s writing was simplistic. Her novels had romance and good versus evil, with at least one of the characters finding the grace to overcome challenges. Upon reading that I smiled and once again stopped debating the importance of what others think.  As an author, I’ll stand proud behind Ms. Hill.

Just like a fruit basket, we are all different. The dissimilarities won’t make us losers, and can’t guarantee prestige, but they do offer each of us the ability to be happy.

Author Mary L. Ball: Why being different in writing is okay. (Tweet This)

How Mary L. Ball chose not to let others’ negativity impact her writing. #BookGiveaway (Tweet This)


Everyone has a story: discover author Mary L. Ball’s secret for peace with one’s writing. (Tweet This)

She lives in North Carolina and writes stories that encourage readers to see the wonder of love and divine mercy.

When she’s not working on her latest story, she enjoys fishing, reading, and singing with her husband.