Joan Leotta: No Myth, Hard Work Does Get You Places 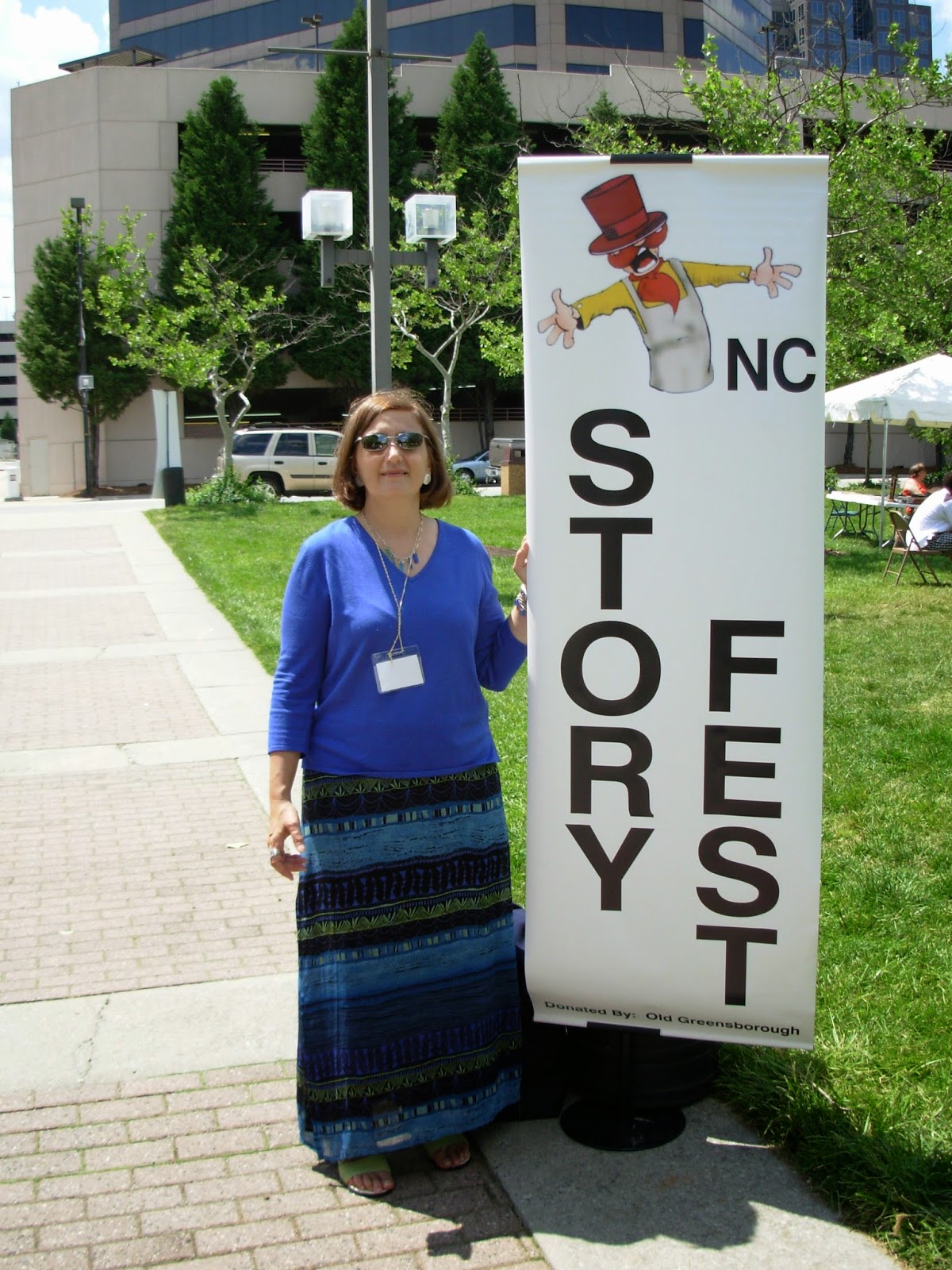 Everyone's Story welcomes author Joan Leotta. Joan is a multi-talented woman, an author of fiction, a journalist, and a performer of original shows portraying historic figures. This week Joan shares with us her thoughts of where the real writing magic occurs, as well as an excerpt from her newest release, Book 3 of her Legacy of Honor Series. Check out her Giveaway! Both Joan and I look forward to hearing from you. 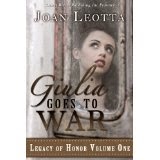 BookGiveaway:
Joan is offering Book 1 of the Legacy of Honor Series, GIULIA GOES TO WAR, to one randomly chosen winner who leaves a comment for Joan. The winner will be announced here on Friday, September 19th, between 5-6 PM EST. To be entered in the Giveaway, please leave your contact information within your comment. Thanks!

Excerpt from Book 3, A BOWL OF RICE:

A BOWL OF RICE by Joan Leotta

"Hell no, we won't go! Hell no, we won't go!" They kept chanting the phrase, repeating it with more ferocity and fist pumping at each shout. Anna Maria snaked her way through the crowd of angry college students, some of whom were standing on the sidewalk. Most were standing and sitting in the middle of Fifth Avenue, blocking traffic. She ducked into the Pitt bookstore just as two mounted policemen rode down to the edge of the crowd and maneuvered their horses to try to move the students out of the street. Even though she had seen a student swipe at a patrolman who was monitoring the crowd on foot, no one seemed willing to possibly hurt a horse and so the crowd began to roll back onto the sidewalk like an ebbing tide.
Anna Maria watched it all for a few minutes through the plate glass windows of the bookstore. Then she sighed and ran down the stairs to the lower level where the nursing books were kept. She had heard that a paperback copy of her favorite nursing reference was now available and wanted to take that lighter version with her to Vietnam, thereby shaving a few ounces of weight from her already overstuffed and heavy suitcase.
When she had descended the steps she looked around for someone to help her find the book. Signs for various disciplines and studies were absent from their usual places at the end of each stack of shelves. "Probably took them for the demonstration," Anna Maria mumbled to herself. She sat down on a stepstool by the first set of shelves.
She decided to rest there for a few moments while she collected herself. Reflecting on the previous week, Anna Maria sank deeper into her thoughts. What a strange and busy week it had been, she mused. Michael had decided to avoid Vietnam by defecting to Canada. Meanwhile, she was studying for finals in the program that would take her to Vietnam as a nurse. The program that, that WILL take me to Vietnam as a nurse, she corrected herself.  I can't let Michael's decision affect me that way.
A salesgirl walked by. She didn't speak to Anna Maria although she frowned at her as she glanced her way. So, she noticed me, Anna Maria thought, as the girl walked around the corner of another stack of books, but did not call out to her. She probably thinks I'm crazy or maybe she thinks I'm just resting here to get away from the demonstrations outside. Maybe I am. After all, I could've bought that book at any time.
Anna Maria looked at her watch. It was only an hour until she was supposed to meet Michael to discuss his plans. She wondered if he would be on time or not. She imagined that he was in the thick of the demonstration and had either burned his draft card already or was running to meet the mounted policemen. Michael was always in the midst of the trouble. Anna Maria smiled ruefully to herself. No, she corrected herself. Michael is always the one instigating the trouble. She had to admit that it was nearly impossible to correct Michael. Even his professors had a hard time denying him. His sparkling blue eyes, coal black curly hair, and lop-sided grin were hard to refuse. That grin of straight, even teeth illuminated the room around him and acted as a magnet, pulling everyone deep into his soul and definitely into his orbit.

Where the Magic Happens by Joan Leotta

A childhood friend came to visit and wanted to see my office—which at the present time I am not even using for my writing but instead, as a sort of a storage area. A messy one. Projects for story performance (my other and complementary career) ring the floor. Books spill out from bookcases. My file cabinets are full and there are stacks of papers on my desk.

I now work in the living room. Although papers surround the little area around my fave place to sit and work on the laptop, the mess is deceptive. However, the important information for each project is carefully tucked into computer folders and or actual folders at my work area. Books that I have to review and books for pleasure reading are also out here. Books I have read and have not yet given away are in the "office." 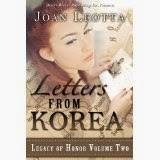 The printer is in the office. Right now, my WIP is the fourth novel of my series with Desert Breeze Publishing and I am late, thanks to being sick for a lot of days, research difficulties, plot rewrite, and bouts of eye strain as I try to hit a goal of 3k per day just on that project.

But the magic does not occur in either place because the writer's mojo needs to come from within. There is no right (pun intended) style or place to write. Rather, the power that infuses the pen or keyboard runs in a direct line from the mind and heart.

Don’t get hung up on where and how and when you write. Just write!

Be Timely and Write Daily. Being late for a project is anathema to me. Very embarrassing. I'm a journalist and I put out a lot of words on projects that help pay for my other writing—associations, meetings, conferences, etc. If I did not meet those deadlines I would not be a writer.

Fiction can be put on a deadline basis too—as can poetry. It's not as easy for me to block out those, but let me tell you, the "magic" is also something that comes when you exercise it daily. Don’t wait for a muse to ask you to dance. Get out there and boogie along your keyboard daily. Trust lazy little me. It’s the only way. Often I use words with friends to rev up my brain or I edit a piece of short fiction or poetry to jump-start the process.

On days when I am traveling or have houseguests and cannot sit down for a long spell of writing, I try to compose in my head. Or maybe I jot down the first draft of a short poem. Or maybe I simply rewrite something. Or I hunt for future assignments and write query letters. Or look for contests (deadline!) to enter.

Marketing my writing also takes time. Sales of books do not happen by themselves. Again, the only "magic" on my part is hard work.

So, does that sound dreary to you? I hope not? Because I find it exhilarating! Yes, I truly enjoy the process of applying word to paper. I like to see my work in print and online. I like to see others do well in their writing.

Why Publish? When I write, I want to share what I've created, hoping it will entertain, educate and encourage someone else. That's why I publish. And when someone reads what I've written or enjoys a performance I offer of my original tales, the positive audience reaction, the interaction of their hearts and minds with my work—that IS magic.

Everyone has a story: Author Joan Leotta shares secret of writing mojo. (Tweet This)


#BookGiveaway of GIULIA GOES TO WAR by Joan Leotta, Legacy of Honor Series. (Tweet This)

Author's Bio:
Joan Leotta has been playing with words with writing and performing since childhood. Her "motto" is "encouraging words through pen and performance." Her award-winning poetry, short stories, books and articles have appeared in many journals, magazines and newspapers. She performs folklore and one-woman shows on historic figures in schools libraries, museums and at festivals. Joan lives in Calabash, NC with husband Joe. 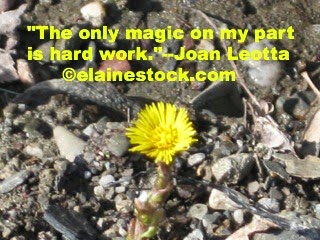