Barbara Hartzler: 5 Reasons NOT To Choose Between Indie vs. Traditional Publishing 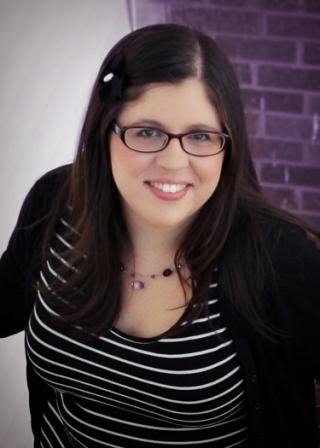 Everyone's Story welcomes this week author Barbara Hartzler. Barbara's writing interests include "YA, angel-seers, FBI thrillers, and dystopian" fiction. She also writes devotionals. This said, Barbara has something for everyone and I hope you take the time to welcome her warmly and share your thoughts on publishing. Do check out her BookGiveaway! Both Barbara and I look forward to hearing from you.

Barbara is offering 1 Kindle (only)-version of devotional WAITING ON THE LORD to 1 randomly chosen commenter. The winner will be announced here on Friday, April 24th between 5-6 PM EST. To be entered in the Giveaway, please leave your contact information within your comment.

Indie vs. Traditional Publishing: 5 Reasons Why I Decided NOT to Choose Between Them by Barbara Hartzler

For four years I’ve been trying to land a traditional publishing deal while secretly stalking all the indie websites I could find. It’s taken me this long to uncover the path I REALLY want to take to publishing. And here’s why.

1.        There are advantages to traditional publishing

I did everything I was supposed to do—join a writer’s group, learn craft, enter contests, go to conferences to meet editors and agents. This helped me hone my writing skills and get my feet wet in the publishing industry. Even though I garnered great feedback and several requests, I ended up with rejection after rejection.


Yet, I couldn’t get past this hurdle in my mind. Traditional publishing was the only way to be an author and get my book in the hands of readers. Right? I sure thought so. It was burned into my brain. Mostly because traditional publishing still holds the local bookstore in their hands, where many readers discover new books.

Frustrated with the snail’s-pace publishing industry, I’d scour indie blogs like The Creative Penn and listen to podcasts on how indie publishing was infinitely better. The growing popularity of ebooks has ushered in a marked uptick in both quality and readership in indie publishing. Many indie authors now have a solid or even best-selling career path. In fact, the indie publishing world is outdoing traditional publishing in some ways, especially in marketing.

3.     Indie publishing is not as scary as I thought

Last year my writing group buddies decided to go indie. They’d gotten even closer than I had to landing that illusive publishing deal. One finaled in the ACFW Genesis Contest for 3 out of the last 4 years and had an agent for a while. The other had gotten several requests for her manuscripts, went to pub board, and only got rejected because the house was cutting back on fiction.
Watching them go their own routes to indie publishing and seeing how professional their books are has made me a believer in indie publishing. Good books like theirs are well received, have great reviews, and they’re both building a base of readers. My book is languishing on my computer collecting digital dust.

One of the biggest obstacles to going indie for me was the upfront costs. Then my friends pointed out that you can go indie on a budget. You can find beta readers to help with editing, make covers yourself, or learn formatting from YouTube videos. That’s the beauty of going indie. Once you start making money, you can always go back and change things—something unheard of in traditional publishing.

With indie publishing you can choose what, when, and how you want to publish your books. There’s no one-formula-fits-all approach like traditional publishing. You can do all the work or you can farm out the work you can’t do yourself. You decide where you want to invest your time and your money.

Do you have to choose between indie and traditional publishing? I don’t think you do anymore. Maybe in the past editors and agents looked down their nose at indie published works. Not anymore. There’s another path for authors, the hybrid path combining both traditional and indie published books.

It’s the route I’ve finally decided to pursue. I don’t want to choose one or the other. I want to pursue the traditional publishing options still open to me now, including a full manuscript request. Yet, I don’t want to wait for another four years to say I’m an author. Because my time is now, and yours can be, too.

That’s why I’m excited to announce that I’m releasing my first indie book, a devotional called Waiting on the Lord: 30 Reflections at the end of May.

What are your thoughts, fears, or hang-ups with either indie or traditional publishing? I’d love to hear your experiences.

Barbara Hartzler @HartzlerBarbara: 5 reasons not to choose between indie & tradional publishing (Tweet This)

Author's Bio:
Barbara Hartzler is a born word maker-upper, a writer of YA angel-seers, FBI thrillers, and underground dystopian worlds. Currently a work in progress, she secretly hopes to change the world one book at a time.

She’s an ACFW Genesis Semi Finalist in the Young Adult category and was a featured speaker at the 2014 Maranatha Book Festival. Her session on Angels in YA Literature turned an article for the denominational magazine, Koinonia. Currently she’s vice president of her local ACFW chapter and an active SCBWI member.

Barbara earned her Bachelor's degree in Church Communication Arts from Central Bible College with an emphasis on drama and media. In college she won a National Religious Broadcasters/Focus on the Family essay scholarship and wrote and directed a successful one act play. Her first novel was inspired by her college experiences and peppered with anecdotes from a New York City missions trip.

As a former barista and graphic designer, she loves all things sparkly and purple and is always jonesing for a good cup of joe. She’s also a die-hard Gilmore Girl fan and connoisseur of random TV and movie fandoms. A born-and-raised Missouri native, she lives in Kansas City with her husband and dog, Herbie.