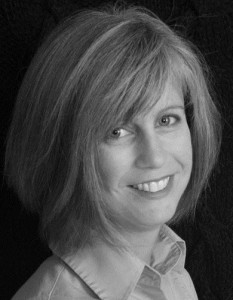 Everyone's Story's guest this week is Young-Adult Fiction author Shellie Neumeier. Was it her twenty-one years of experience in youth and children's ministries that fueled her desire to write for the YA market? Or her four children? Where did she cultivate her interest in helping young adults or teens become authors? Shellie has lots to share so please snuggle up with a cup of coffee or cocoa for a visit.


Shellie's Gracious Bonus: one randomly chosen commenter will receive one copy of her just released debut novel DRIVEN. Please leave your e-mail address within your comment. Plus, if you like, I would appreciate if you became a Follower to this blog. Thanks!!

About 10 years ago, during a stroll in the aisle or two (it was a lot smaller then compared to now) of the Children's/YA section of Barnes & Noble, I was taken back by the dark, very serious fiction titles. On one hand I realized that children & young adults read fiction to help cope with life situations, just like adults. On the other hand, I wondered back then if this age group was being pushed by marketing execs to read this type of fiction rather than more lighter, escapist reads. As far as an "entertainment value" how do you see YA fiction in today's market? And as a mom, what's your view?

Wow, starting deep☺. Love it. This generation's YA fiction is not the Nancy Drew I grew up with, that is for sure. However, what I may see as dark may carry a weight that reaches to this generations deeper awareness of social issues, international dilemmas, and economic stresses. An awareness which has broadened with the ease of travel and availability of internet information. Teens of today have a knowledge base that covers a greater scope than that of many middle-aged folks I know. Because of this avalanche of information, teens seem to feel the need to carry a heavy issue load. They are spurred on to save the earth, save the whales, save society at large, and the drama you would find in a novel published a generation ago may no longer hold the same entertainment value for such a generation. I think the same holds true for many other venues as well. Remember Happy Days, Bambi, Pong, and roller skating, well now there's Pretty Little Liars, Iron Man, Halo, and Laser Tag. As a mom, I don't necessarily care for the dramatic overload or dark overtones, but since its widely available (maybe not at my house, but at friends' and school) I try to help them distinguish between real drama and fictional drama. The biggest thing I can do for them is pray.

I love NextGenWriters! They are the coolest group of teens around! What is it? Well, its an online place for authors under twenty where they can get together (NextGenWriters.com) to learn about the craft of writing and network with authors their age. There are forums for chatting, critiquing, even honing those queries. We have monthly blog classes from guest posters like editor Chila Woychik and author Jill Williamson. And we discuss everything writerly from POV to setting to creating worlds to how to get published (even if you're a kid). I love it (did I say that already?:). NextGen is where professionals in the business can feed into and grow the next generation of great authors.
And for fun: do you recall the whackiest plot you ever tested on your greyhounds during a walk on a country road? What was their take on it?

Hmm, wackiest plot...well they all ended up in a book at some point☺. I think the funniest thing I ever tried out on them was an Oprah-styled interview of one character. I only had Dasher at the time and he looked stupefied when I'd paused and waited for him to applaud. Poor dog, thought I'd completely lost it, but he did enjoy the longer walk we took that day☺.


I write YA (young adult) fiction. Why? Well…
Imagine being a princess. A real-live princess with tiaras and gowns and servants…and the ugliest nose ever grown on a human face. No, really. THE ugliest. Even though your princess status affords you the ability to turn-in anyone who dares tease or taunt, you know that doing so would be the end of them. You wouldn’t mind a little retribution, but to have them—killed? That’s, well, too much. So you turn a deaf ear to every “carrot nose,” “honkeretta,” and “Princess Schnoz” whispered behind raised hands and down alleyways where people think you can’t hear them.
That’s the plight of Princess Ally, the main character in The Wishing Ring, my middle grade book to be released in February 2012. Ally bears her humiliation alone even to the point of isolation. It is far easier to never leave her room than stomach the hurt that comes from every snicker.

Perhaps you don’t suffer from having an overly large nose. Perhaps you are plagued with everything-wrongitis. You know, everything you touch goes wrong. The words that gush from your mouth get you into trouble faster than you think humanly possible. No one calls you “carrot nose,” but they have teased you about that shoelace that dangles from your mouth. That’s Robyn’s plight in DRIVEN, my YA novel about a girl, her destiny, and the demon sent to destroy her.

Maybe you feel alone. Alone and disconnected from your parents, who couldn’t understand what you’re going through if you texted, IM’d AND Facebooked them. No matter what you try, they just don’t get it, even when you’re trying to do something right for a change. It’s as though they’ll never forgive—or forget—the messed up stuff you did in the past. That’s Andy’s story in A Summer in Oakville, co-written with Lisa Lickel.
My point? Writing YA fiction is about mixing real issues with dramatic flair. Life is new, vibrant, and turbulent when you’re under twenty. You don’t have the anchors that weigh down your imagination later in life, so fiction is given a broader range of latitude within which everyday lessons can take root. I have heard it argued that today’s YA fiction is a watered-down version of adult fiction. It fails to utilize and encourage a depth of language, be it vocabulary or grammar that would challenge growing minds.  Perhaps. What I see is a genre rich with social issues. YA doesn’t step lightly over tough stuff—life and death, popularity and solitude, disorder and order—it dives in and address them. That is why I love to write YA. Stir the pot a bit and see what rises. Isn’t that what Jesus did?

Shellie enjoys hearing from readers, other authors, or anyone who would just like to say a hello.

Author Bio:
Shellie Neumeier holds a degree in Secondary Education from the University of Wisconsin, Madison, with a minor in Psychology, Sociology and Social Studies. A devoted mother of four, Shellie previously worked on staff with Northbrook Church as the King’s Kids ministry assistant (serving children in grades 2nd through 5th). Shellie’s YA novel, Driven, is available from Risen Fiction, A Summer in Oakville (co-authored by Lisa Lickel) is available through Black Lyon Publishing, and her middle grade chapter book The Wishing Ring will release February 2012. She is an active member of SCBWI and ACFW as well as a contributing author for various blogs. Shellie is located in southeastern Wisconsin.