Cindy Procter-King: An Author With A Touch Of Humor, Romance, Present Day Issues, And One Fine Dog 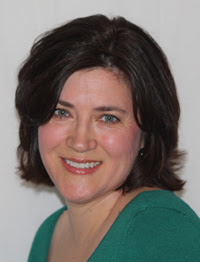 Everyone's Story welcomes contemporary fiction author Cindy Procter-King who lives in gorgeous British Columbia, Canada. I've met Cindy back some years ago during my RWA days and I'm glad we've remained in contact. A multi-published author, Cindy reveals how the right attitude has helped her pen her novels as well as to cope through difficult times.


Cindy would enjoy hearing from you...perhaps with your anecdote of the right attitude that has gotten you through a trying time. Or, a mention of your grandpa and the age he lived!


The February 2012 RT Book Reviews gave your new contemporary romance a 4-star review. Congratulations! Two things caught my attention. First, one of the themes explores the need for a child/adult-child to come to grips that a parent needs their own life and love. And second, that out of anguish comes hope. Can you please address this, perhaps relating it to your own experiences?

Thank you very much for the kudos on the nice review, Elaine, and thank you for having me on Everyone’s Story! It’s great to be here. Wow, you’re starting with a difficult question. 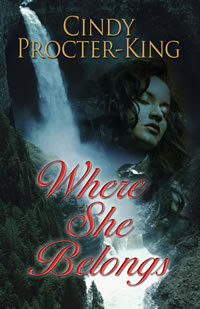 As far as the mother-daughter relationship in WHERE SHE BELONGS goes, let me say up front that it is entirely fictional. I have a close relationship with my own mother. However, when I was 21, my then-boyfriend (now husband) and I backpacked through Europe. Upon our return, both my parents remarked that I now saw them as people rather than as authority figures. My mother felt a lot more freedom to share her emotional life experiences with me, and we have related to one another in a “friend” as well as a mother-daughter capacity ever since. I’ve often wondered what it would be like NOT to have a close relationship with one’s mother, because it’s such a vital relationship. So I explored that in WHERE SHE BELONGS.

Most of the anguish I’ve experienced in my life has been from losing those I love, usually to old age, but sometimes a precious soul is just snatched away from you and it’s difficult to understand why. I lost someone I was very close to when I was 21 (a pivotal year!). It was very difficult, but eventually  I chose to view his unexpected passing as a life lesson—that his death could teach  me how to live, to not be bitter and drown in what-ifs and what-might-have-beens, but to embrace the future with a positive attitude. When I hear people complaining about aging, for example, hey, I’m no more eager to turn 80 than the next person, but with every birthday I think of the years and love and joy I’ve experienced that the person I lost was not given the opportunity to experience. To me, that’s hope.

Danny in WHERE SHE BELONGS is nothing like the person I lost. Not the same age or personality or relationship or reason for passing. However, I was able to draw from the experience of losing a dear friend at a young age to explore how it might affect Jess if the boy she thought she would marry died.

You have two novels, HEAD OVER HEELS and BORROWING ALEX, released on audio. What was your reaction when you learned about this opportunity? How much of a role did you, the author, have over the recording of the books?

HEAD OVER HEELS and BORROWING ALEX were both originally published in trade paperback and ebook formats, and my contracts allowed me to retain subsidiary rights (like audio and foreign rights). I’ve always been interested in pursuing those rights. However, I’m not agented and that makes it more difficult. When I learned about the new (at the time) audio publisher, AudioLark, I asked some of the authors who had signed with them about their experiences. I liked what I heard and so I submitted my two novels. I was thrilled when they were accepted. AudioLark’s third-party distribution has grown since I became one of their authors, and in the summer of 2011 the audio book for HEAD OVER HEELS appeared on Audible’s ChickLit Bestseller list for several weeks. BORROWING ALEX is in the queue for uploading to Audible and will hopefully be available around mid-February,  as well as being available (as HEAD OVER HEELS currently is) on iTunes and Overdrive. Now, WHERE SHE BELONGS is in production, with a targeted publication date of March 2012.

As for author involvement, when you sell to an audio publisher (as compared to hiring narrators and producers and paying their expenses up front yourself, which would be the equivalent of audio self-publishing), the audio publisher has final say in all facets of production. They create a new cover and story blurb that differs from the paper versions, and they hire the narrators. The author doesn’t pay a dime and isn’t involved with production until the narration is complete. When narration is complete, I’m given a chance to proof the audio files (listen to them on my computer and advise the publisher of any errors). The narrator makes the corrections, and the publisher puts the audio book up for sale on their website and third-party vendors.

The books that I’ve sold to audio have all already been through the editing process with their “paper” editors, so it’s not necessary to do more editing. They go to audio “unabridged,” that is, narrated as they were originally published in paperback. The books are not shortened for audio (which is what “abridged” means).

You’ve traveled to many exotic and fascinating countries that some of us can only imagine. Do you have an experience(s) from one of these trips that perhaps inspired your writing, whether story-wise or personal motivation-wise?

I did travel when I was young, the backpacking trip to Europe part way through university, but other than writing conferences and taking the kids to Disneyland and Disney World, my husband and I didn’t begin to travel again until our children were in their late teens/early twenties. For our 25th anniversary, we went to Peru for three weeks and we are now planning a trip to Ecuador. We also had an opportunity to visit Newfoundland last year, and in the future we plan to visit Australia (he has cousins there) and Chile. To be truthful, my traveling has not inspired my writing story-wise, but it might some day. For example, if I wanted to write a story set in South America, I like knowing I’ve been there (I’m a research hound). As far as motivation goes, I suppose I’m motivated to finish a project before I leave on a trip!  However, traveling has taught me, more than anything, that life is about more than the next publishing contract. It’s necessary to refill the creative well, and traveling helps me do that. Plus, learning about other cultures broadens the mind, in my opinion. If travel motivates me in any way, it’s to do more of it! I just love “exploring.”

Tell us about your beloved grandfather, William, and how he had inspired you to persevere in the face of tough times.


Author Bio:
As a child, Cindy dreamed of becoming a writer. Well, okay, thanks to her grade three teacher reading a chapter of The Little House on the Prairie books to Cindy's class everyday, Cindy actually dreamed of becoming Laura Ingalls Wilder. It made so much sense. After all, Cindy's blond older sister always got to wear blue while Cindy with the "dark as cinders" hair was often relegated to wearing dull old pink­just like Laura. Laura was part of a pioneer family, and until Cindy went to school she lived in a minuscule farming community where her father and grandparents were born. What further confirmation for her future does an eight-year-old with an avid imagination require?

When Cindy realized becoming Laura meant learning to travel back in time and using­gasp!­outhouses where she believed evil trolls were hiding to gobble her up, she decided to remain in the present and become a writer instead. Her first poem began, "My father is a logger, He stirs his coffee with his thumb, He has a dog named Blackie, And in his truck they both look dumb." Thus another illustrious literary career was born.

Cindy earned a first class B.A. in English Lit. from the University of Victoria before unleashing herself on the unsuspecting workforce. However, she quickly realized her aversion to fluorescent lights and the numbers 9-2-5 wouldn't gain her kudos from her various bosses. Luckily, she married Steven King (note the lack of a "ph"), who whisked her to a tiny logging town where she couldn't find a job...unless you count her stint as secretary to the warden of a minimum security prison. There, Cindy began writing novels, and she hasn't looked back. Because, honestly, what other employer in their right mind would want her?

A Romance Writers of America Golden Heart® nominee, Cindy's mission in life is to see her surname spelled properly­with an E. So take heed. That's P-r-o-c-t-E-r. Not, no, never, under any flippin' circumstances should you spell it with two O's. Cindy lives in Canada with her husband, their two amazing sons, a tortoiseshell cat obsessed with dripping tap water, and Allie McBeagle.