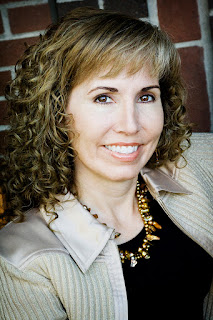 Everyone's Story's guest this week is award-winning national bestselling author Lisa Wingate. After winning her novel DANDELION SUMMER as a giveaway on The Borrowed Book blog and falling in love with Lisa's voice and the novel's characters, I knew I had to ask if she'd like to appear as a guest. And so indeed she said yes. Thanks, Lisa, for taking the time for your visit.


Lisa is graciously offering a book giveaway of her newest release BLUE MOON BAY to one randomly chosen commenter. Lisa looks forward to hearing from you ♡ ♡ ♡

As the title implies, Blue Moon Bay is set in a waterside town.  Is Moses Lake, Texas a real place or a fictional one?  Can you tell us a little about the setting and why you chose it?

Though the town of in the book is fictional, it is based on a real community.  During a family move some years ago, we lived temporarily in a relative’s lake house in a neighborhood that contained an eclectic mixture of people from all walks of life.  In the fifties, King’s Landing on Lake Whitney had been the place to be--a shady, luxurious street with a private resort near the shore.  Now, the resort lay abandoned, and life was quieter. Over time, life near the lake changes people and bonds them together.  They take on the rhythm of the water and the seasons. They adapt to a slower, more relaxed pace.  In a time when so many of us, like Heather in the story, live lives that seem a little too stressful, overscheduled, and disconnected, the idea of life in a quieter place feels tempting, comforting, alluring.  It occurred to me that such a community would be the perfect location for someone like Heather to contemplate her life, reconnect with family, and maybe even rediscover the boy she left behind in high school. 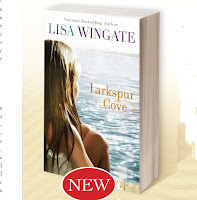 So much fiction centers on female relationships, but this book delves into the brother-sister sibling relationship, instead?  Can you tell us why you chose to explore that territory?  Does any of this come from real life?

The simple explanation of where Blue Moon Bay comes from would be that it came from a conversation with my editor.  We were sitting at dinner one night, talking about stories, and story ideas, and what things haven’t been talked about a lot in fiction.  Somewhere in that conversation, it was mentioned women’s fiction often mines the territory of the relationship between sisters, but not nearly as many stories delve into the sibling relationship between brothers and sisters.  My editor pointed a finger at me and said, “You know what, you’re right.  You should write about that.”

So, that’s the simple answer, but you end up finding that much of what you write comes from life in some way.  I enjoyed taking on the brother-sister relationship, because that’s how I grew up—as the little sister.  I feel sure there must be a special place waiting in heaven for those left-behind, tag-along, nicknamed little sisters who grew up with older brothers teasing them all the time.  The truth is that I owe my brothers for a few things in my childhood.  They never knew, back when they were leaving me in their dust, that their little tagalong sister would grow up to be a writer and one day put some of those brother-sister moments in a book ☺

Heather and her brother find themselves in a culture clash about Heather's ambitious project to sell the family land as part of a planned industrial development that will bring much-needed jobs to the Moses Lake area.  Both seem to have valid arguments, and this is such a timely discussion, given the world we live in.  Can you talk a bit about that?

Heather and her brother, Clay, are on opposite sides of a dilemma that affects many communities, both rural and suburban.  Industry provides jobs, but when factories and industrial facilities are built, natural habitat is destroyed, neighboring property is devalued, and quality of life is affected.  When Heather and Clay discuss the future of the family land in Moses Lake, they find themselves in conflict about whether the sacrifice of the land is worth it to create jobs that could provide low-income families living in Chinquapin Peaks with viable sources of employment.  Is inherent risk of industrial development simply too high?  Does there come a time when those who don't want things to change must accept change?  The debate has no easy answers, and it’s something many communities struggle with.

A very interesting character in the book is Ruth, the Mennonite housekeeper who cared for Heather during a difficult part of her childhood.  Through Ruth, Heather learns some of the struggle of Russian Mennonites, displaced during World War II.  Why did you choose to include a Mennonite character and her historical thread in the novel?

When you’re working with a main character who has some serious issues to work out (as all good characters do) one thing you’re looking for in the story is a reflection character—someone who ads to the main character’s objective, who grounds the hero or heroine of the story, who often sees in the character a deep-seated need.

Many people don’t know it, but in Central Texas, where the book is set, there are several Mennonite communities, where residents live various levels of conservative lifestyles.  Since the Mennonite communities were mentioned in the first Moses Lake book, but not really explored, I thought a Mennonite character in the book would be a natural fit as a grounding force in Heather’s gadget-obsessed life.  When Heather returns to Moses Lake, she begins remembering the quiet, gentle, unassuming person who had worked as a housekeeper for her uncle years before.  Heather remembers Ruth’s patience and her love, as well as her gentle faith.  With Heather’s life now in turmoil, she is drawn to Ruth again, and there are lessons for her learn from Ruth’s stories, as well as from Ruth’s history.  Though Heather has let the trauma of her own past limit her future, Ruth has risen above a difficult history through family bonds and an abiding faith.  Because of Ruth, Heather begins to see that it is possible to overcome a difficult past and have a life that is bountiful and filled with hope. 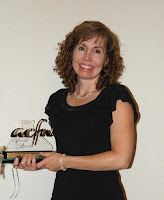 
When you're not writing, what's your favorite way to spend the day?


We live in the country, and I’m a mom of boys, so my favorite place to spend a non-writing day is anywhere outdoors.  I love to wander through the woods, take care of our farm animals, or pack a backpack and journey to the boys’ swimming hole on a rocky creek in the back pasture.  The solace and soul of being out of reach of technology helps me to relax, to focus, and think.  Aside from that, it’s just good to know that, even in this high-tech age, a creek can still entertain a gaggle of boys all day long.
Where can readers find you online?


Lisa Wingate is an award-winning journalist, magazine columnist, popular inspirational speaker and a national bestselling author.  Lisa is one of a select group of authors to find success in both the Christian and general markets in mainstream fiction. Her works have been featured by the National Reader's Club of America, AOL Book Picks, Women’s World Magazine, Family Circle Magazine, and have been short-listed for various awards, including the American Christian Fiction Writer’s Book of the Year Award, which her book Never Say Never won in 2011.  Lisa also spends time on the road as a motivational speaker. Via Internet, she shares with readers as far away as India, where her book, Tending Roses, has been used to promote women's literacy, and as close to home as Tulsa, Oklahoma, where the county library system has used Tending Roses to help volunteers teach adults to read.  Recently, the group Americans for More Civility, a kindness watchdog organization, selected Lisa for the National Civies Award, which celebrates public figures who work to promote greater kindness and civility in American life.