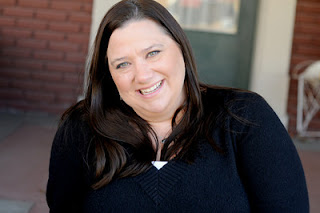 Everyone's Story welcomes Jennifer Brown as this week's guest. While browsing an independent bookstore's shelves not too long ago, Jennifer's YA novel HATE LIST, with its darker premise, caught both my reading and writing eye. Halfway through this compelling novel (oh, how I wish there was more reading time in a day) I contacted Jennifer with high hopes that she'd like to be my guest and be interviewed. Lucky for us all, she said yes!


Book Giveaway Excitement: Jennifer is offering one signed copy of HATE LIST and the ARC of her novel BITTER END to one randomly chosen commenter. For convenience, please include your e-mail address within the body of your comment. Thanks. Jennifer is looking forward to hearing from you, whether your read or write YA fiction or are a teen or a parent that can relate to her characters. 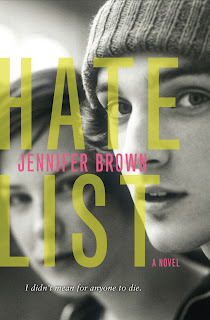 You pull no curtains in HATE LIST to shield the reader from teens’ anger. Do you see stressed teens as a by-product of present-day chaotic society or do you see teenagers causing more fuel to societal problems (i.e. school shootings)?

I think being a teenager has always been stressful. Hormones, drama, uncertainty, self-doubt, love, hate, danger—all of those things have always been around. What’s changed for today’s teens is how “connected” they are all the time, how bombarded they are with streams of information. It’s impossible to not feel like you’re constantly under a spotlight these days, and to not feel like you’re inundated with information and expectation from being plugged in all the time.

What was the “kernel” that grew into your full-length novel HATE LIST?

It was one of those strange meaningless moments. I got the Nickelback song, “If Everyone Cared,” stuck in my head one night while I was sleeping, and when I woke up in the morning, Valerie was just there in my mind. I could see her, hear her, knew what had happened to her, and knew that there was this undercurrent of “Amen, I’m alive” (a lyric in the song) that was very important to her.

But when it came to giving the characters life, all I needed to do was rewind a couple decades. I was bullied in junior high and part of high school, and it was a very rough time for me. I was somewhat surprised by how many feelings I was still hanging onto 20 years later, but there they were, landing right there in my book.

Many adult novels have teenage and children characters. As you wrote HATE LIST did you target the YA audience or was that more a suggested marketing device? In your opinion, what separates an adult novel with young characters from an all-out young-adult novel?

I was trying to break into the women’s fiction market previous to writing HATE LIST. Because I was so focused on women’s fiction and romance, I never even considered studying or paying attention to YA fiction. I had an idea that what I was writing *might be* considered YA, but I wasn’t trying to write YA.

Your upcoming July release, PERFECT ESCAPE, is intriguing. Sounds like a road-trip adventure story with the twist of the trip shared between a sister and her brother, and the latter by force. Please tell us the basic premise. Does this story rise from elements of your own childhood?

PERFECT ESCAPE is a story about a girl who messes up and wants to run away. She “kidnaps” her older brother, in part to cure him of his OCD. It’s an exploration of the complex relationships between siblings, particularly between a sibling relationship where each sibling feels as if she is living under the shadow of the other.

This book was a labor of love for me. I do have siblings, and those relationships have been complex and, at times, difficult and even heartbreaking. But I adore my siblings so much, and as we’ve grown older and have learned to lean on one another and count on one another in new ways, I’ve become more and more interested in exploring these complicated relationships. 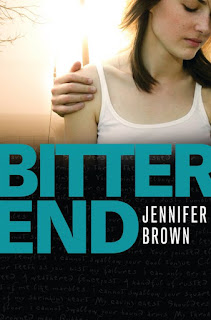 Who or what inspired you to create stories? When did you actually start pursuing publication? Was it a major lifestyle change to become a published author?

I have always written stories, though I never even considered trying to write one for publication until somewhere around 2000. I wrote with very little publication (and virtually no pay) for about 8 years before HATE LIST finally sold. HATE LIST was the fifth novel that I’d written, so there were a lot of years and a lot of faith that went into getting published.

The biggest lifestyle change for me has been the travel to speak at schools and libraries. I’ve been a stay-at-home mom for almost 12 years, so suddenly having to be out of town and away from my family several times a year was a huge change for all of us.

Humor writing comes very natural to me. My first humor column actually ran in my high school newspaper my senior year. I wrote a humor column for my local metropolitan newspaper for over four years. I’ve always been more interested, however, in more serious stories, even though they’re more of a struggle for me to write. I don’t know if I can say humor really helped me write gritty plots, but it definitely helped me in the discipline of writing. I had to learn to write on deadline, how to work with an editor, and how to come up with story ideas, even when I had nothing.

You’re a wife, mom, college graduate with a degree in psychology, and an award-winning author. What achievements would you like to accomplish in the future? And, with all that under your belt, how do you prefer to kick back and enjoy down time, if there is such a thing in your life?

There’s not a ton of down time, that’s true, but I am a devoted TV- and movie-watcher. I also read for pleasure for at least an hour every single day. And then once a year, I spend a week at the one place where it’s totally encouraged to wish, dream, imagine, and believe in romance and magic: Disney World.

As far as future goals go, I’d like to try out some other genres, particularly women’s fiction and middle grade. I’d like to stretch myself some, and write about something I currently don’t know anything about. Mostly, I just want to keep pushing myself, whatever that ends up looking like.

Author Bio:
"Two-time winner of the Erma Bombeck Global Humor Award (2005 & 2006),
Jennifer's weekly humor column appeared in The Kansas City Star for
over four years, until she gave it up to be a full-time young adult
novelist.

Jennifer's debut novel, HATE LIST (Little, Brown Books for Young
Readers, 2009) received three starred reviews and was selected as an
ALA Best Book for Young Adults, a VOYA "Perfect Ten," and a School
Library Journal Best Book of the Year. HATE LIST also won the Michigan
Library Association's Thumbs Up! Award, was an honorable mention for
the 2011 Arkansas Teen Book Award, is a YALSA 2012 Popular Paperback,
received spots on the Texas Library Association's Taysha's high school
reading list as well as the Missouri Library Association's Missouri
Gateway Awards list, and has been nominated for the Oklahoma Sequoyah
Award. Jennifer's second novel, BITTER END, (Little, Brown Books for
Young Readers, 2011) received starred reviews from Publishers Weekly
and VOYA and is listed on the YALSA 2012 Best Fiction for Young Adults
list and is a 2012 Taysha's high school reading list pick as well.

Jennifer writes and lives in the Kansas City, Missouri area, with her
husband and three children."