Frank G. Poe: Saying No To Multiple Sclerosis And Yes To Helping Others 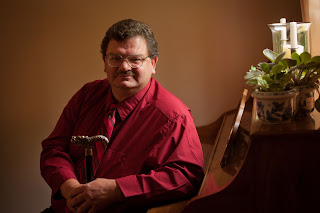 Everyone's Story welcomes author Frank G. Poe as its guest this week. I've always admired those who tackle illnesses head-on rather than permit an ailment to tackle them. Frank was diagnosed with multiple sclerosis, a term that leaves most shuddering. Although Frank had some fighting to do, he is a beautiful example of how not to let life's nitty-gritties get you down.


First, some questions for Frank:


Shortly after your diagnosis of Secondary Progressive MS, you may have retired from your work at the IRS but you then plunged right into volunteer work as a coach. Kudos to you for seeing your situation as a stepping stone rather than a brick wall! What was the impetus within you that made you exceed a diagnosis that others have found to be devastating?

Knowing doctors are only human, I convinced myself anything negative they said about my future health was a mistake on their part. To this day I still only entertain positive thoughts about my health. Believing the axiom bodies in motion tend to stay in motion and bodies at rest stay at rest, I knew I needed to find a purpose and stay active. Volunteer work is a great way to feel needed while giving back to the community.

What has working with children taught you about yourself, and life in general? Do you have one specific story to brighten our day with hope?

I coached youths from Junior High and young adults from High School. They'd be upset if I called them children. The great thing about young people is they haven't been jaded into thinking there are limitations to what they can do or accomplish. Coaching them inspired me as much as I inspired them. For example, one of the first throwers I coached returned after graduation to help demonstrate to the new throwers, and he convinced the company he worked for to donate to the track team.

Looking back, do you think you, Frank The Writer, would have a whole different writer's eye view of the world if it were not for the forced changes in your life?

I was humbled by my brush with death, and it made me a better person. I believe I've done more positive things with my life since prior to my diagnosis. As for writing, life experiences improve it. The more writers live the better their writings.


I believe I'm a champion in the fight against Multiple Sclerosis. Going blind and nearly dying from the disease in October of 1997, I battled back from bed ridden, wheelchair, and walker to cane. I still use a cane to keep from falling, and I regained vision in one eye. I‘ve pledged a combined 6% of my book royalties to three MS charities. My goal is to make those donations substantial. A husband, father of three and grandfather of four, I remain positive.
Since secondary progressive MS is my diagnosis, I intend to bring attention to the disease for as long as I am able. I’d like to share with you a little about my life before and after the disease.
I was a public servant working at the Internal Revenue Service as a tax examiner for ten years and as a substitute teacher for local public schools when I was forced into retirement due to MS. Within a few years, I began to volunteer as a track and football coach at the local public high school where I taught with some success. Athletes I coached frequently made it to the state competition and hit the podium. Before I took over as shot put and discus coach, the throwers were drawing circles in the dirt to throw. I brought community attention to the need for an adequate concrete pad and safety netting and within a year the student athletes had both.
During the same time, I wrote sports articles for the local community newspaper, also, on a volunteer basis. Once again with some success, the paper won an award for best sports section in the state, a section for which I wrote nearly half the articles and took half the photos.
Admittedly, the journalism seems like a vanity issue on my part; however, my reasons for writing were to rally community support for the introduction of high school football, get more young adults active in the already existing track program, and to generate interest in girls’ athletics to help recruit female students to participate in the available sports programs for them. Without getting more young women interested, the school was going to be forced by law to reduce the sports programs available to young men. Thankfully, my efforts paid off with increased girls’ participation and no programs were cut. 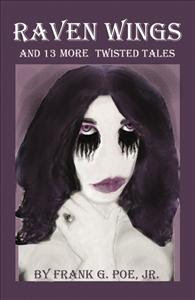 After doing this for ten years, the physical demands forced me to take a hiatus from coaching and journalism, and I focused on my books. Still trying to reclaim my life, I wrote Raven Wings and 13 More Twisted Tales. All but two reviews were good, and I was compared to Stephen King and Edgar Allan Poe. My stories are for adults not children, and the two bad reviews, 2 out of 5 stars, came from both ends of the spectrum. The far left said my material was too mild. The far right claimed it was too obscene.


Although I no longer coach, I haven’t forgotten the youth. I write youth oriented blog called The Political Poet where I share free information with students on the types of poetry and creative writing while encouraging them to become politically active.
If anything, I want people to know that having or being diagnosed with a disability doesn’t mean your life is over and you lost your value. You can still decide to do as much as you possibly can, regardless, and service to others is a great way to start. I believe living with a positive attitude produces results, and I'm alive today because of it.
Afterward
Currently, the poor economy is making life hard for many people in the United States and around the world, and many charitable organizations donations are severely decreasing due to the same economic crunch; unfortunately, this fall in charitable contributions comes at the same time these nonprofit organizations’ resources are being stretched thin by the increasing number of people needing their help or services. If you are able, please give to a charity of your choice. Several of the charities to which I’ll donate help fight Multiple Sclerosis by funding research and providing services to people stricken with the disease, but many worthy charities exist from the battle against breast cancer to helping the homeless. If you don’t have money to give, volunteer your time.
~*~Have you battled an illness and managed to thrive? Would you like to share your encouragement with Frank and others? Have you found creative ways to help others? Please drop Frank a comment on the blog. He looks forward to hearing from you~*~
Author Bio:
An army brat, Frank G. Poe started life a fat, bald baby resembling Buddha, and Okinawan women rubbed his belly for good luck. He earned a Bachelor of Arts from Northern Kentucky University, where he lives now, and is a published and recorded poet. Author of Raven Wings and 13 More Twisted Tales and Star Child and 13 More Twisted Tales, Frank boasts over 15 years of experience as a journalist. A jack of all trades, Frank has worked as a bus boy, cook, florist, golf ball collector, manure shoveler, gardener, landscaper, construction worker, shuttle bus driver, cashier, clerk, work leader, manager, union steward, salesman, instructor, projectionist, customer service representative, tax examiner, quality assurance examiner, writer, editor, managing editor, editor in chief, photojournalist, public school teacher and a coach.
Relavant Links:
Frank’s blog The Political Poet
The Political Poet teaches about various types of poetry and gives creative writing pointers while encouraging people to become more politically active.
Each April Dark Butterfly Publications holds a poetry contest to celebrate poetry month. The entry is free. Find out details at The Political Poet.
Frank on Twitter® at http://twitter.com/PoePlace
Facebook® at http://www.facebook.com/poeplace