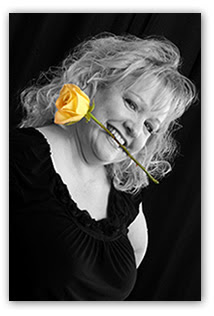 Everyone's Story warmly welcomes author JoAnn Durgin. I've met JoAnn on-line and am so excited because I will be meeting her in person at the upcoming ACFW conference. Why? Because JoAnn is a genuine, lovely, funny, and an always-there-for-you woman. This week, JoAnn shares with us a very personal account of her motivation behind writing the characters in her stories. So, enjoy a little quiet time and reflection with us... and remember, JoAnn looks forward to hearing from you.

Book Giveaway Special:
JoAnn has written the The Lewis Legacy Series: AWAKENING (Book 1), SECOND TIME AROUND (Book 2), and TWIN HEARTS. Though a series, these novels can be read as stand-alone books. One randomly chosen commenter will win the opportunity to select either the print or e-book version; the winner will be announced next Friday, July 27th. Please leave your email contact information within the comment. Thanks!
Series Blurb:
Join the fun with Sam and Lexa (Clarke) Lewis in The Lewis Legacy Series from Torn Veil Books. Sam and Lexa mentor the lively volunteers in Sam's TeamWork Missions organization as they navigate life from Texas to Massachusetts, Montana, Louisiana, New York, England and even the International Space Station. Each contemporary romance combines faith, family, humor and adventure with one or more members of the TeamWork crew as they find love while leaning on the Lord and each other for encouragement. The Lewis Legacy Series is available from all major online book retailers in both print and ebook editions.

My theme verse is Matthew 5:16 (NASB): Let your light shine before men in such a way that they may see your good works, and glorify your Father who is in Heaven.” I’d like to tell you a little about my son, Matthew. His “light” shines bright, and as a writer, I try to see the world as he does. As a result, it’s made me a better writer. You see, in Matthew’s eyes, the world is beautiful: there is no hate, no distrust—only a deep compassion and love. In essence, the way God wants us to see others.

Matthew is now 16 and diagnosed with Asperger’s Syndrome, a form of autism on the high-functioning end of the spectrum. It’s often misinterpreted by others as a mental deficiency, but nothing could be further from the truth. If he met you today and didn’t see you for months or even years, he’d call you by name from memory. He disconcerts strangers by waving, saying hello or telling them he loves them. Our son is atypical for the syndrome in that he’s extremely social and looks others straight in the eye. Experts don’t have definitive answers as to what causes Asperger’s, and there is no “cure.” In Matthew’s case, I wouldn’t want a cure. He’s not perfect, by any means, but he accepts life—and all that comes with it—with an untold measure of grace. He teaches me more than he knows.

We lived in the Boston area when we first understood Matthew was developmentally delayed. He didn’t walk on his own until he was 15 months old, didn’t speak “our” language until well past his third birthday. He wandered off and got lost at a busy mall when he was a toddler, found by an anonymous angel of mercy we never met. Not long after, he wandered out the front door and into the middle of our fairly busy street. I thank the Lord every day for His faithful watchcare over our little guy, and know He has big plans for him.

The church secretary heard him “preaching” in the sanctuary one day. He’d pushed a chair to the podium and was pointing to the Bible. She couldn’t understand anything he said except for “Jesus!” every other word. When he was six, we took Matthew to a highly-esteemed child developmental psychologist in Boston who basically questioned his IQ and gave us the “he can become a functioning member of society” speech.

Through the years, Matthew was in special needs classes. He wore a weighted vest to keep him upright and received help for speech and motor skills. He’s always been coordinated, never clumsy. His drawings and Lego structures reveal an uncommon sense of depth and perception. He’s never been bullied in school and his schoolmates and teachers have overwhelmingly embraced him. What a blessing! Now, he only needs extra assistance in English; he made the honor roll last term with the highest grades in his biology and algebra classes.

Matthew looks “normal,” but when he speaks, others notice something is different. It’s in the slight head tic every now and then or his body language. He adores his sisters and has always been a loving child, but with none of the emotional difficulties often associated with autism. At a special school event, he befriended a girl born with no arms. He asked her, “Does it hurt?” and ended up pushing her wheelchair all evening. In church, he asked an elderly widow, “How are you doing today?” In both instances, he listened, he cared, and he gained a friend for life.

We dropped off Matthew at church camp recently. It was the first time he’d ever been away from home without anyone he knew. My husband, Jim, seemed hesitant to leave him. I felt a peace and said, “He’ll shine.” When we picked him up six days later, Matthew was on the front row, clapping and singing along with the praise band. The kids made posters where they wrote their names and others added comments. Beside Matthew’s signature? “An angel in disguise” and “Lives and breathes his faith.” The director of the camp as well as several counselors told us our son led the prayer in chapel twice. Many embraced him and hugged Mathew goodbye. Part of Asperger’s is inappropriate emotional reactions. He used to laugh in sad times, but this time he cried when he said goodbye to his new friends. Our boy is growing up.

When I write, I try to incorporate that life-affirming positivity and let my light shine for His glory. My characters struggle with the inevitable challenges of life, but strive to live for Him the best way they can. My Matthew is embodied in a young boy named Michael coming later in my Lewis Legacy Series, at a time when I’ve hopefully gained more readers to bring more awareness and attention to autism. All in all, I strive to live my life the way my son does—for the Son.

Do you have a loved one with Aspergers Syndrome? If you're a writer, how do your characters overcome their difficulties? JoAnn looks forward to hearing from you.

Twin Hearts is JoAnn's third published novel in The Lewis Legacy Series from Torn Veil Books. The fourth installment in the series, Daydreams, releases in December 2012 as well as Meet Me Under the Mistletoe, a fun novella from White Rose Publishing. She is a full-time estate administration paralegal in Louisville, Kentucky, a member of the American Christian Fiction Writers and Louisville Christian Writers. JoAnn lives with her husband and three children in southern Indiana. Her books are available from all major online book retailers such as Amazon and Barnes & Noble (in both print and ebook editions). She can be reached on Facebook or you can send her a message via her website at www.joanndurgin.com. She loves to meet and interact with her readers!