Kathy Harris: The Giving Of Treasures and God's Opportunities 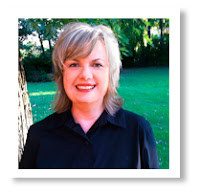 Everyone's Story welcomes debut author Kathy Harris. I had the pleasure of getting to know Kathy through her blog, Divine Detour, and have watched her on her travels from blogger to published author. Kathy is encouraging and genuine both on her blog and intimately. I hope you enjoy your visit with her this week. Kathy will share thoughts on what we choose to leave behind as heirlooms. She also answers the one question that I've wanted to ask her for the longest of times. Also, check out Kathy's awesome book giveaway of her debut novel THE ROAD TO MERCY, as well as a preview of this fine story.

Book Giveaway:
Kathy is offering one copy of THE ROAD TO MERCY to one randomly chosen commenter. The winner will be announced next Friday, February 22nd, between 5-6 EST. For convenience, please leave your email address within the body of your comment. Thanks! And do enjoy the novel's prologue below.

The Road To Mercy by Kathy Harris
PROLOGUE
God blesses those who are merciful, for they will be shown mercy. Matthew 5:7

October 10, 1959
Jack Randall jerked his foot from the accelerator and instinctively applied the brakes. His mind raced as his Plymouth Belvedere slowed to a stop. Police cars with lights blazing blocked the intersection that led to his home. The reflection off the wet pavement created an eerie blur, and shadowy figures danced across the sides of the squad cars.
Must be a bad accident. The storm that passed earlier in the night had soaked the black asphalt.
As he watched the policeman walk toward his car, Jack cranked down the driver’s side window. The uniformed officer flashed a bright light in his direction, not quite in his eyes.
“Sorry, sir, no through traffic this morning. A small plane crashed on the Neimann farm.”
Jack’s heart pounded. “Anyone hurt? I need to see if my family is—”
“No one on the ground was hurt, sir. Everyone in the plane was killed. May I see your driver’s license?”
Jack reached into a back pocket for his well-worn wallet. From it he pulled a small piece of paper, which he placed into the gloved hand of the Illinois State Trooper.
“Did the storm bring it down?”
The officer nodded while studying the license. “Lightning took out the engine. It was en route to St. Louis.” His brusque demeanor softened and he returned the paper to Jack. “A family of four. Two kids onboard.”
“Terrible.” Jack tucked the license back inside his wallet.
“You can go home now, Mr. Randall. Hug your kids. Life is short.” The trooper tipped his hat and stepped away from the blue sedan.

A few minutes later, Jack watched Harold Chester’s right foot hover close to the floorboard of the police cruiser. His other leg jiggled nervously, as if peeved that it had no particular task in this special mission. They had decided to take the baby to Mercy Hospital. Although a small facility, it was the closest to the farm.
Despite the upset and commotion that had come into his world today, the infant lay quietly in Jack’s lap, swaddled in Chet’s olive green jacket. The siren screamed, making conversation impossible. Jack cupped the baby’s ears between his hands and tried to focus on the narrow road ahead.
A patchwork of color blurred in his peripheral vision as they sped past white clapboard farmhouses and red barns with silver silos. He imagined farmers interrupting their chores and wives peering from porches to investigate the early morning disturbance. They would soon be the talk of the neighborhood. In fact, the party lines were probably already buzzing.
When Chet pulled into the hospital parking lot and stopped, Jack jumped out of the car and ran to the hospital entrance. Because the deputy had radioed ahead, a group of doctors and nurses met him at the door. As he transferred the baby into the arms of a nurse, the infant opened his blue eyes and held Jack’s gaze—for what seemed like a lifetime.

Three days later, Pastor Sam Lewis caught Jack’s shoulder and spun him around. “I heard about the rescue. Good work, brother.” He reached to shake Jack’s hand.
Jack smiled and thanked the reverend. People had made over him like he was some kind of hero. But he had done what any other man would do. “Right place at the right time,” he said. “That child is fortunate to be alive.”
“Blessed, I would say.” The reverend nodded. “In fact, I believe God has plans for that young man.”


A Gift vs. An Heirloom by Kathy Harris
I recently heard a prominent national talk show host speak about the difference between a gift and an heirloom. A gift, whether large or small, is a wonderful gesture, and some people have a special knack for choosing just the right thing. A book we’ve wanted to read but hadn’t bought for ourselves. A pair of house shoes that are “oh, so comfy.” Or maybe even the perfect kitchen tool. These were among the gifts I received at Christmas—and loved!
But a gift usually has finite qualities. I will read the book and, perhaps, loan it to a friend. I will no doubt eventually wear holes in my cozy house slippers. And the food processor may grind to a halt one day.
On the other hand, heirlooms are gifts that are handed down for generations. A framed photo of a grandparent. The family Bible. Or a great story about Uncle John.
Many times we’re aware when we’re giving an heirloom. When I was young, my grandmother proudly presented me with a cut glass condiment dish and explained that it had been passed down from her grandmother. The decorative bowl, which had originated in the 1800’s (the exact date I have long since forgotten), is still the perfect shape and size to use on my table for important family occasions. Taking it from my cupboard brings back special memories of my grandmother, as well as an inexplicable longing to know the other women, three and four generations before me, who used it. Is it valuable? Probably not. It is priceless? Yes. To say that dish is an heirloom is an understatement.
But heirlooms aren’t always things we can touch. They may be memories, or stories that have been handed down. While I never met her, I can almost taste my great-grandmother’s sugar cookies. Through the years, my dad has talked over and over again about how delicious they were. I envision the poor woman constantly baking, because, as the story goes, my dad and his three siblings cleaned out the cookie jar within minutes of arriving at her house each time. I wonder if she knew she was leaving an indelible legacy . . . a cookie crumb trail to her heart that others could follow for decades?
I suppose it’s obvious at this point that many of my heirlooms have been passed down from grandparents. Someone once told me, “We’re the product of our grandparents’ prayers,” and the idea that we are blessed by the generations before us is often included in the stories I write. In my multi-generational, debut novel, The Road to Mercy, a “grandfather” plays an important role.
Those of us who write—whether fiction, non-fiction, or daily journals—would like to think that our written words will survive our temporal witness. And perhaps some will. Good stories are timeless. Great books are read and re-read. Journals fill in the details of history that would otherwise be lost. But it’s really our personal stories—the character we possess and show to others—that will remain behind when we’re gone.
What about you . . . Is there a character trait or a lesson from your life that you want to leave behind for your family, friends, or even strangers? How are you working to earn that trait? How will you give it away? And to whom will you give it?
I’ve told you about some of my heirlooms. Now I want to hear about yours.
*~**~*

I've asked Kathy the one question that I always enjoy reading on her blog that she asks of her own guests:

Kathy, have you experienced any unexpected detours on the road to publication? In general, how do you cope with setbacks in life?


The road to publication is all about detours. At least that has been my experience. Many writers will tell you that the detours don't stop after you're published.

The big turning point, i.e. detour, for me as a writer was when I decided to write Christian fiction. I tried for several years to finish a general market (secular) manuscript, but I could never get past the first chapter. Then, about a dozen years ago, I made the decision that, if I was going to dedicate so much time to something, I wanted it to glorify God. That's when I decided to write Christian fiction. I finished the next manuscript I started, and then the next, and the next.

When setbacks come—and we all have them in every aspect of our lives—I try to remind myself that they are only opportunities. Opportunities to watch God work in my life. Opportunities to grow my faith in, and my reliance upon, God—and His will for my life. Setbacks often bring something even better than what we had originally planned. We just have to be patient and wait.

One of my favorite verses that speaks to this is Romans 8:28, And we know that all things work together for good to them that love God, to them who are the called according to his purpose.

Author Bio:
Kathy Harris is an author by way of a divine detour into the Nashville entertainment business. She graduated with a B.S. in Communications from Southern Illinois University and has spent the past two decades employed as a marketing director in the Nashville music industry.

An active member of American Christian Fiction Writers and the publicity officer for Middle Tennessee Christian Writers, Kathy lives near Nashville with her husband and their two Shiloh Shepherd dogs. Her fiction debut, The Road to Mercy, was released by Abingdon Press on September 1, 2012.

Kathy regularly interviews literary and music guests on her blog at www.DivineDetour.com. Her author site is www.kathyharrisbooks.com. You can find her on Facebook at https://www.facebook.com/KathyHarrisAuthor or Twitter @DivineDetour.