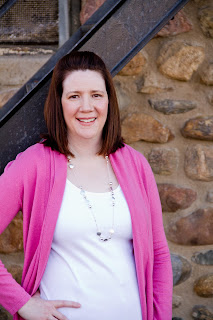 Everyone's Story welcomes author Jordyn Redwood for her 2nd appearance. Jordyn has enjoyed an awesome year since the release of her first novel: she's received a 2nd starred review in Library Journal for POISON, her 2nd book in the Bloodline Trilogy Series, and as I'm putting together this segment, I just learned that PROOF, her debut novel, is a finalist of ForWord Magazine's 2012 book of the Year Awards. Blessings to you, Jordyn, for continued success! And for viewers this week, Jordyn shares her thoughts on why authors write for the Christian market and exactly what defines success and keeps one pursuing the writing journey. Jordyn's offering a Giveaway of POISON. Please see below for details, a synopsis, and a dynamic book trailer. Most of all, Jordyn looks forward to hearing from you and hearing your thoughts on how you're managing on your journeys.

Once randomly selected commenter will receive one copy of POISON, Book 2 of the Bloodline Trilogy Series, though it can be read as a stand alone novel. The winner will be announced on this site on Friday, March 29th, between 4-6 EST. Please leave your email within the body of your comment for easier contact. Thank you!

Synopsis of POISON: Five years ago, Keelyn Blake's armed, mentally ill stepfather took her family hostage in their house in rural Colorado. She and her half-sister Raven made it out alive, but others did not. Authorities blamed the father's frequent hallucinations about a being named Lucent, but in the end, even the best of the FBI's hostage negotiators failed to overcome the man's delusions and end the standoff peacefully.


Now, Lucent is back, and he's no hallucination. In fact, he is a very real person with dangerous motives. He has kidnapped Raven's daughter, and--Keelyn worries--maybe has hurt Raven as well. Though she is estranged from her sister, Keelyn feels the immediate need to find Raven and save what family she has left. But when others who were involved in that fateful day start dying, some by mysterious circumstances, Keelyn wonders if she can emerge unscathed a second time.

The Letter by Jordyn Redwood

Sometimes, I don’t think we as “Christian” authors give credit to how extraordinary our calling is. I’m speaking specifically to those writers who feel it is God’s will for them to write. We write because we feel burdened to do so. Not burdened like a chain around our necks but restless that if we don’t write then we are not fulfilling what we are here to do.


Sometimes that calling in light of our circumstances is hard to manage.

Long hours at the keyboard. Perhaps long hours banging your head against the wall when the words don’t seem to be flowing as they should. Managing two careers and likely a family. Wondering how long you can keep up the pace of working two jobs (yes, writing is very much a job) when one’s maybe not paying you as much as you thought it would. Yes, I haven’t gotten a James Patterson paycheck. Wondering when, if ever, we’ll hit it “big”. Wondering what “big” is?

I think, too, there is added pressure if we consider ourselves Christian authors. Now, there’s a whole other level of worrying/thinking. Is this what God wants me to write? Why did God take me down this path if I can’t survive on this income? Am I writing when God wants me to do something different? Am I still working my “real” (and paying) job when all God wants me to do is write?

And so we look for God’s little lampposts along the path. Something—anything to affirm that this is the right, chosen path. That our typed words on a white screen would make a difference to someone, somewhere in a Godly way. That someone’s faith would be affirmed—strengthened. That maybe our words would give sense to what Jesus did on the cross in a way that someone could then believe in that sacrificial offering for their own lives.

Now, after being on this journey for a couple of years—this is what I know for now. Sometimes these lampposts along the path are not what we think they will be. Maybe my affirmation is not in selling a gazillion copies of my book or hitting the bestseller lists.

But in a letter.

One of the smartest things I did as an author was leave an e-mail address in my published books and ask readers to e-mail when they finish with their thoughts. Some authors don’t do this for fear of spamming, privacy, etc. You can list your own reasons.

So far, I haven’t received any creeping/concerning e-mails. I have gotten over fifty letters from readers which is nice when you’re also getting one star reviews (particularly on Christmas Day—yes, that did happen!)

I’ve only sobbed over one letter—thus far.

It was written by a woman who had just finished Proof—my debut medical thriller. Proof, at its heart, is about Lilly Reeves, an ER doctor without faith and her journey to coming to know Christ through a trial by fire series of events.

In the novel, a physician friend tells Lilly the story of Lazarus. How Jesus waited three days to respond to his good friends cries for help. At first, this seems unusually cruel. But in the end, when Jesus raises Lazarus from the dead, Jesus does a miracle he’s never performed before and gives a prelude to his own forthcoming sacrificial offering.

The letter that brought me to tears was from a woman who was in the midst of her son being diagnosed with cancer. He’d just been through the surgery to retrieve lymph nodes and the surgeon was fairly certain of a lymphoma diagnosis—they were just waiting for the final biopsy results. She specifically mentions this passage of the book and what it meant to her at that moment – “. . .we are praying for healing for our son, but completely trust him to God's plan, whatever that is . . .”

Remember, God communicated his presence to us in two ways. Through his creation and through his words.

Typed words on a page.

Consider this and the smaller lampposts along your path when you’re wondering exactly why you’re on this crazy writing journey. Maybe it’s not for a James Patterson type paycheck.

But simply for a letter like this . . . and the impact your words will have for one person.

Would this be enough for you to keep going if God has placed the call to write on your heart?


Jordyn Redwood is a pediatric ER nurse by day, suspense novelist by night. She hosts Redwood’s Medical Edge, a blog devoted to helping contemporary and historical authors write medically accurate fiction. Her first two novels, Proof and Poison, garnered starred reviews from Library Journal and have been endorsed by the likes of Dr. Richard Mabry, Lynette Eason, and Mike Dellosso to name a few. You can connect with Jordyn via her website at www.jordynredwood.net.


Additionally, you can read more about POISON at:
Amazon Link Poison: http://www.amazon.com/Poison-Bloodline-Trilogy-Jordyn-Redwood/dp/0825442125/ref=sr_1_1?s=books&ie=UTF8&qid=1358291778&sr=1-1&keywords=poison+by+jordyn+redwood
Link to the first five chapters of Poison: http://www.jordynredwood.net/resources/


“…I don’t think we as ‘Christian’ authors give credit to how extraordinary our calling is.” (Click To Tweet)

“…God communicated his presence to us in two ways. Through his creation and through his words.” (Click To Tweet)

What will sustain you “if God has placed the call to write on your heart?” (Click To Tweet)