Mark Gilroy: The Joy of Putting Yourself Where You Can Succeed or Fail Miserably 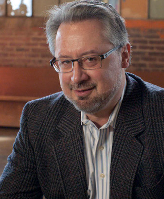 Everyone's Story welcomes author and senior vice president of Worthy Publishing, Mark Gilroy. I first became acquainted with Mark through his encouraging blog posts. When it comes to publishing, name it, Mark has done it: sports writing, to packing boxes of books, an editor as well as an agent, to ghostwriting, to countless number of other titles, and now as a successful published author. His novels are praised as intense, eerie, funny, riveting, and as fast-paced thrillers. Mark is looking forward to hearing from you!

Book Giveaway:
Mark is offering a dynamic book giveaway to 3 randomly selected commenters. Each winner will receive a set of both of Mark's novels: CUTS LIKE A KNIFE and EVERY BREATH YOU TAKE. You may preview the book trailer for the first one below--an awesome video! The winners will be announced on March 15th between 4-6 PM EST. For convenience, please insert your email address into the body of your comment. Thanks... and good luck!

You’ve been in publishing for more than 30 years; what got you started down that path?

There’s an old adage that success breeds success. I really wasn’t a very good student in elementary, high school, and the beginning of my college career. I did what was considered outstanding work—but only once in a blue moon. I was very inconsistent; I probably would have probably been diagnosed with some form of attention deficit in later generations. But about halfway through my second year of college I added a second major to go along with biblical literature: Journalism. Maybe it was because writing articles felt like a more relevant—and quicker—process than term papers, I immediately started doing better in those classes and then all my classes.  At the beginning of my junior year I got a call from a prof that the local newspaper was looking for a sports intern to take calls from football coaches on Friday nights and write up a digest of local high school games, doing my best to sound like I’d been there. That hit my sweet spot as a sports fanatic and the editor loved my work. I got my own byline that year, which seemed like a huge deal to a 20-year-old. I picked up confidence and it seemed to lift all my class work to another level. So the experience of success as a writer gave me a taste for success in an area I’ve pursued most of my adult years.


On a side note, I’d just say to teens and young adults who haven’t had great success in school and academics, don’t feel stupid and don’t give up; you don’t know what will flip the switch for you academically.

After years as a writer, marketer, manager and publishing executive, what motivated you to put yourself out in the public as a novelist?


I will confess that when I wrote Cuts Like a Knife I did so under a female penname. I wrote a business plan to create a fictional female author to stand in as the author. I started presenting the first novel as an agent to a couple of the New York houses, got some solid meetings and reads, and thought I had it sold. I made it to final review committees with three of the big six publishers, but each eventually said no. I got into an informal conversation about the book with Jeana Ledbetter who heads up acquisitions at Worthy Publishing. She said she’d read it if I told her who really wrote it. I owned up, she followed through, and I had an offer on the table a week later. That’s how I put myself out there; reluctantly.


Why did I finally write a novel? A few of my friends might suggest I’m just slow. I don’t have a good answer other than to say that after reading thousands of novels I woke up one day and said I’m going to write my own novel. Working evenings and weekends—and enjoying almost every minute of it—I churned out 100 thousand words in about six months.

Another aside. If you want to write a novel, start with the writing before you think about the selling. I get approached by people who have the idea for a novel that ask me how to sell it before writing a word. No big deal on getting input into the process, but it’s ultimately about the story and the writing. Non-fiction can be sold with a great outline and sample chapters. But rarely does fiction get sold without being a finished product. If that doesn’t seem right and fair, you better get over that fast. Fiction is a labor of love that always begins with sweat equity.

You’ve had a successful career as a publisher, did you have any fears that your work might not be well received?

That’s a very polite way of putting it Elaine! I’ve had some bad reviews, of course. The good and great have far outweighed those, so they don’t bother me. If the majority of reviews leaned neutral to negative, I’d probably be a basket case. But going into the process, I had a confidence based on two things: (1) I’d read enough great novels that even if I couldn’t pull off great, I might be able to get to good or very good; and (2) I knew with my marketing background I would have enough feedback and common sense to throw it away if people were letting me know it wasn’t going to work. I’d have been happy just to have tried. (I think.)

This may be a bad analogy but I found if I never fell when I skied, I wasn’t pushing myself very hard. We all love comfort and that’s great. But every now and then we have to push ourselves and take a risk; to put ourselves in a place where we can succeed or fail miserably! That’s when we step out of the comfort zone and grow. I can honestly say that writing my novels has been invigorating.

You’ve got a fabulous and fearless lead character in Kristen Conner, a detective for the Chicago Police Department. You’ve had great reviews, but what makes your fiction stand out?

I think it was the approach I took. After reading many of Tony Hillerman’s Jim Chee novels I realized Hillerman wrote very religious novels that weren’t religious novels. (I confuse myself sometimes too.) He had a great detective who happened to be a reflective, introspective devout Navajo. But never once did I read a review that called Hillerman’s novels “Navajo novels.” They were mysteries. When I read Christian novels they were definitely Christian novels. Nothing wrong with that. There are many great starting points as a novelist.

But I decided I would write murder mysteries that just happened to have a detective that loved God, her family, and even her colleagues—and who sometimes fights with all of the above. I was very pleased when one of Amazon’s power reviewers gave both my books great reviews but went to great lengths to say to readers that the novels were written for a general audience, not just a Christian audience. In the USA Today review, the comment was made that Cuts Like a Knife “has a very subtle faith thread that enriches rather than suffocates the story.” I took that as a compliment.

Oh, I think one other thing that makes my novels stand out is that they are written primarily in first-person active, which to me, gives the most poignant and intimate glimpse into a character, but is a tough voice to write in. Then there’s that gender thing. As a male writer I’ve had many ask how I pulled off writing with a female voice. I just answer that with three daughters, it wasn’t as hard as it sounds.

Author Bio:
Mark Gilroy is senior vice president for Worthy Publishing and author of the highly acclaimed novels, Cuts Like a Knife and Every Breath You Take.


“…we have to…put ourselves in a place where we can succeed or fail miserably!” (Click To Tweet)