Everyone's Story celebrates its 2nd year Blog Anniversary with a special contest. See here for directions to be entered once for the special giveaway of either "Writing Is Not For Sissies" T-shirt or an Amazon Gift Card. To be entered a 2nd time, leave a comment below for this week's guest, Morgan L. Busse. Winners announced April 26th. Blessings to all for sharing your stories and encouraging one another. 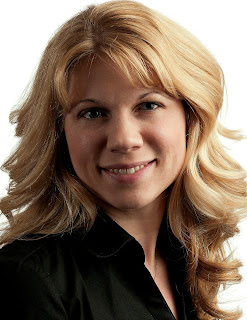 Everyone's Story welcomes Christian Fantasy fiction (also known as Speculative fiction) author Morgan L. Busse. I first met Morgan at an ACFW conference prior to her signing her first book contract. Now she has two novels out in The Follower Of The Word Series from Marcher Lord Press. Not only am I sharing a congratulations here with Morgan, that her first book, DAUGHTER OF LIGHT has hit the #1 bestseller in 3 different categories on Amazon and ranked #134 overall in Nook but that Morgan's first novel is now a Christy nomination in the Visionary division. Wow! Totally awesome, Morgan! So, did this going-places author always want to write Christian fantasy? Spend a little time with Morgan as she shares with you her inspiration. Plus, check out her Book Giveaway below.

Book Giveaway:
Morgan is offering 1 copy of either of her novels, DAUGHTER OF LIGHT or SON OF TRUTH(choice between paperback or ebook format) to 1 randomly chosen commenter. The winner will be announced between 4-6 PM EST on April 26th. Don't forget: by leaving a comment for Morgan you also will be entered to win the Writing Is Not For Sissies T-shirt/Amazon Gift Card contest that I'm hosting to celebrate my 2nd-year Blog Anniversary!! Please leave your email address within the body of the comment.

Why I Write Christian Fantasy Fiction by Morgan L. Busse


I never set out to write Christian fantasy. In fact, I wasn’t sure what place that kind of book had in this world. Sure, there was Lewis’s Narnia series and Tolkien’s Lord of the Rings. But with all the controversy over Harry Potter years ago, I didn’t know what to think. I read Star Wars, Terry Brooks, and such, but Christian fantasy? I don’t think so.


It was actually the Harry Potter controversy that made me start thinking about Christian fantasy. Could fantasy and Christianity mix? Could a good book be written where neither the faith element or fantasy element were not compromised? Like I said, I never set out to do that, but in the end that is what I wrote.


Daughter of Light began as a story in my head. It was a place to play with some interesting fantasy ideas. A fantasy book with a hint of faith. But as the years went by and I found myself traveling down dark roads and facing one crisis of faith after another in real life, Daughter of Light began to morph into an exploration of what it ultimately meant to follow God.

Through fantasy, I am able to explore what a Christian would look like if the externals generally associated with Christianity were taken away: like church attendance, bible studies, or Sunday school. Now I’m not saying those are bad things (not at all), but sometimes our Christianity is defined by where we go or what we do, not by who we are.

I am also able to paint word pictures with fantasy that I could not do if I wrote about the real world. For example: sin. In our world, sin is a hidden part of our nature. We see the results of sin, but not sin itself. But in a fantasy world, I can show what it would be like if we could actually see what we look like with sin: naked, broken, with blood on our hands. Unable to heal ourselves. Helpless and bound to darkness.

Of course, there is a fun aspect to writing fantasy. I am able to write outside the box, to ask “what if” questions. What if we could see people the way God sees people, would we still love them? What if we could heal, but it would mean taking on the hurt and pain, would we? What if you found out you’re really from another dimension (that’s a fun question ☺). What if you discovered you’re not human?

"I thought I saw how stories of this kind could steal past a certain inhibition which had paralyzed much of my own religion in childhood. Why did one find it so hard to feel as one was told one ought to feel about God or about the sufferings of Christ? I thought the chief reason was that one was told one ought to. An obligation to feel can freeze feelings. And reverence itself did harm. The whole subject was associated with lowered voices; almost as if it were something medical. But supposing that by casting all these things into an imaginary world, stripping them of their stained-glass and Sunday school associations, one could make them for the first time appear in their real potency? Could one not thus steal past those watchful dragons? I thought one could."

“What if we could see people the way God sees people, would we still love them?” (Tweet This)

“What if we could heal, but it would mean taking on the hurt and pain, would we?” (Tweet This)


Morgan L. Busse writes speculative fiction for the adult market. She is the author of Daughter of Light and Son of Truth, the first two books in a series from Marcher Lord Press. Morgan lives in the Midwest with her husband and four children. You can find out more about Morgan at www.morganlbusse.com


You can also find Morgan at: