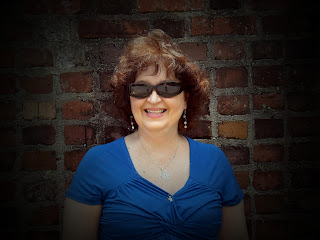 Everyone's Story welcomes author Carrie Fancett Pagels. I first became acquainted with Carrie through her uplifting blog Overcoming With God and then through the waves of social media. It's my pleasure to introduce Carrie now as a debut author, with not only one book newly released but another one following in July. Congratulations, Carrie. Carrie is offering a sweet Giveaway for viewers of this blog, as well as an additional chance to win on her GoodReads page (see below). She's looking forward to hearing from you!

Book Giveaway:
Carrie is offering to one randomly chosen commenter a package of beautiful notecards from Shirley Plantation, plus  the PDF copy of her novella, RETURN TO SHIRLEY PLANTATION. The winner will be announced here on Friday, May 17th, between 4-6 PM EST. For convenience, please leave your contact information within your comment. Thanks!

Questions for Carrie Fancett Pagels:
Carrie, you’ve set your novella RETURN TO SHIRLEY PLANTATION in the true to life historic Shirley Plantation in Charles City, Virginia, still home to the descendants of the same family since 1738. Tell of both the advantages and disadvantages of setting a fictional story in such an environment.

Advantages—enormous!!! Because Shirley is a national historic landmark and they have an onsite historian (the wonderful Julian Charity) and because my story is set during the Civil War and Julian had researched this for his own book I was able to get detailed information about what happened at Shirley Plantation during that time frame.

Disadvantages – an author needs to make sure they have approval when using information that is based on real life people and settings. The folks at Shirley Plantation were amazing but I asked them to read my manuscript for approval during the onset of their busiest time of year! This is a fabulous site that gets lots of traffic so that was a teensy disadvantage. There were also some super cool things going on there at that time that I am not at liberty to discuss. Can’t wait till November! (Yes, I am a tease!)

Your story is a “Civil War Romance.” If you could step aside objectively, can you say the love story between Angelina and Matthew would change if it were set in another time period?

Yes, I do think so. And it would be different in another setting—say had she come north and been seamstress at his company. She’d have met him as his employee, which could have created issues. Also, with them working together helping ill and dying men they more quickly forged a bond.

What is it about the American Civil War that keeps the reader returning to explore it more compared to other war eras?

I will be honest—I am much more interested in how people survived during that era of war. I loved Little Women, which is set during the Civil War. The story wasn’t about the war per se but how it affected real people’s lives.

With the war raging, do your characters shake their fists at God?

Matthew does a little as does Angelina. Mostly he is asking why? Why me? Especially after the first battle and his injury. 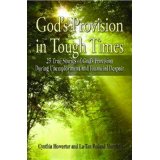 You’re one of several authors who have collaborated on the true-accounts book GOD’S PROVISIONS IN TOUGH TIMES due out this July. Can you share a little bit of your contribution?

I can only share a little because of contract stipulations. My section details a time when my husband was not working.

What is it about writing on historic subjects and eras that makes you come “alive”?

The real people and their stories. Almost all of my stories are inspired by real life people. It is as though I get to breathe life into them and share their stories. I love that!

And for fun: Is there a closet-dystopian or suspense (or name the genre) author in you that is threatening to barge through the door?

Hmm, I came back to writing inspirational fiction by writing a fantasy story to help me deal with my son’s autism. It is a time travel story that I’ve set aside. Also have a contemporary that I’ve worked on and set aside repeatedly—a women’s fiction! Neither is threatening to barge through, but the one story of the executive woman with a Job-like story keeps evolving!

Thanks for having me on!

Carrie asks: What makes you take a chance on buying a book by a debut author?


Carrie’s Extra Giveaway: Like Carrie Fancett Pagels’ author page on GoodReads (Put GR on your comment) and answer the question above for a chance to win a pack of gorgeous notecards from Shirley Plantation.
http://www.goodreads.com/author/show/7043690.Carrie_Fancett_Pagels

If you have purchased Carrie’s novella and/or reviewed it put REV on your comment for an extra entry!

Carrie Fancett Pagels talks about love during the Civil War on Everyone’s Story. (Tweet This)


“…have approval when using information that is based on real life people and settings.” (Tweet This)

Author Bio:
Carrie Fancett Pagels (www.carriefancettpagels.com) writes “romantic” historical fiction. Carrie’s debut release Return to Shirley Plantation: A Civil War Romance, is a Kindle Civil War best seller. Carrie is also a contributor to a nonfiction anthology God’s Provision in Tough Times by Cynthia Howerter and La-Tan Murphy, releasing in June 2013. Her short story Snowed In: A Northwoods Christmas will appear in Guidepost Books “A Christmas Cup of Cheer” in 2013. She is owner/administrator of two group blogs: “Colonial Quills” (http://colonialquills.blogspot.com) and “Overcoming With God” (www.overcomingwithGod.com). Carrie was a psychologist for twenty-five years. She lives in Virginia with her family.