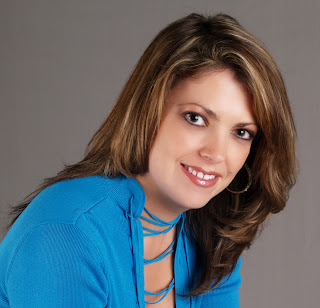 Everyone's Story welcomes author Jamie Carie. I've admired Jamie for years, at awe of how she makes history spring to life off the written page. Now she's breaking into contemporary romance with her novel RUSH TO THE ALTAR. I'm delighted she's my guest this week and I'm sure you will be as well. Jamie shares an excerpt from her new release as well as answers a few questions. She looks forward to hearing from you.

Book Giveaway:
Jamie is offering to one randomly chosen commenter an e-version of her novel RUSH TO THE ALTAR. The winner will be announced here on Friday, June 7th, between 4-6 PM EST. For convenience, please leave your contact information within your comment. Thanks!

An Excerpt from Jamie's New Release:

RUSH TO THE ALTAR by Jamie Carie

Questions for Jamie
You describe yourself on your website as a novelist who believes in the power of story to touch hearts and change lives. How do you see your fiction accomplishing this?


I had a pretty traumatic childhood. My parents became a big part of the Charismatic movement that was sweeping the US and Canada in the 70’s and 80’s which had cultish leanings and was very legalistic among many other issues. I struggled with night terrors, partly due to the fact that we often had deliverance services in our basement with the sounds of demons screaming as they came out of people! As you can imagine, that was terrifying to a seven-year-old. There were many other misuses of power and lots of abuse. I developed an anxiety disorder and was barely functioning as a grade school student. Around the forth grade, I discovered books. Stories became a salvation of sorts to me and helped me survive, so you could say I have a lot of experience with the “power” of stories being very real in my life.


It is my greatest desire that my stories provide hope in God’s love for people and His good plans for their lives despite trauma and pain and suffering. I can only pray that the Holy Spirit imbues the words and makes them come alive with His presence so that they become alive to that particular reader’s circumstances and mind-sets. Words are powerful, powerful enough to change someone’s life for the better.

You're known as a historical author setting novels in the eras of the American Revolution, Pioneer, Alaskan Gold Rush, and the British Regency and Swashbuckling Pirate times. Now, with RUSH TO THE ALTAR you've ventured into contemporary. Any common denominator between all these stories with their varying times?

Not really. I love history and love researching different time periods and settings. Starting a new book or series is one of the best parts of being an author because I get to dive deep into a new world. Rush to the Altar had a unique beginning. It started as a fever dream. Have you ever had one of those? They are really vivid and long and you remember the details when you wake up! Well, I was really sick with the flu and literally dreamed the first six chapters. I wrote it all out longhand in a notebook shaking with a high fever and chills, but I didn’t want to forget it because it was the funniest thing I’d ever dreamed. When I got better, I wrote the story in four months – quick for me. It was a lot of fun to write a contemporary! It sat on the shelf for a few years and then, after my series which was three books in eighteen months, I needed to switch gears and do something light and fun. I pulled out Rush to the Altar and laughed all over again as I read it. I ended up rewriting the last third and then published it myself, which is another adventure in itself!

What has your writing taught you about the world we live in?

Interesting question. The writing process itself has taught me to have faith in myself and in God. It’s a bit intimidating, that first, blank page, no matter how many books you’ve finished. But I have to trust the talent God gave me and dive in. It never fails to work. Something magical happens and that feeling, that process, makes it all worth it (cause this is a tough business!!).

The publishing process and having stories out in the marketplace has been an education as well. People have so many different perspectives and desires. I’ve learned not to try and please any one person, just follow God and whatever He has put (wrought – produced through all those trials.) in my heart to write. If I can write a story that I want to read over and over again, if it can continue to speak to me and change me, then I’m thirlled.

What has your writing taught you about yourself?

That I’m stronger than I think I am. When I signed my first three-book deal I was afraid of a lot of unknowns. Deadlines! Finishing a book in eight months when it took me two years to write my first two. Public speaking! I still struggle with some anxiety and dread the public speaking part that comes with my work but I’ve done it. Joyce Meyer (I love her) says that courage is “doing it afraid”. What she didn’t tell me is that sometimes I still fail when I force myself to do something afraid. It’s not always a HEA (happily ever after) and I’m a big fan of those. But I’m learning, and growing, and still trying. I want to be courageous in this business that I’ve ended up being a part of. Failure or success, I’m curious and excited to find out what is on the other side of continuing to be courageous.

Find out why Jamie Carie believes words have power to change lives. (Tweet This)

Jamie Carie: I have to trust the talent God gave me and dive in. (Tweet This)


Jamie Carie is an award-winning, bestselling historical and contemporary romance novelist. She is the author of Snow Angel, a USA News Book winner for Best Romance, a ForeWord Magazine award winner and a RITA Awards® finalist. Her third novel, Wind Dancer, was a 2010 Indiana State Library Best Books of Indiana finalist. Jamie lives in Indiana with her husband of twenty-five years, three sons, a giant dog named Leo and their newest addition, a Siamese/Snowshoe cat named Luna who runs the house.