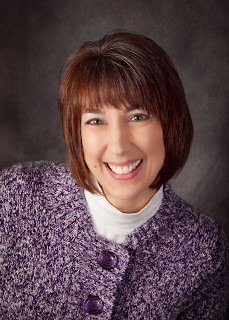 Everyone's Story welcomes best-selling author Liz Tolsma. It's been my pleasure to know Liz for several years now, but what's really exciting is watching her sparkle. She lights up upon the subject of her children and her love for storytelling. Previously on Everyone's Story Liz has shared about both of these subjects, but this week she's here to spread the buzz on her 3-book historical Women Of Courage series. One of the themes  of the series centers around how we all face fear. Please join us for Liz's insights. We'd love to know your thoughts!

Book Giveaway:
Liz is offering to one randomly chosen commenter (US only) a print edition of her novel SNOW ON THE TULIPS, the first of the Women Of Courage Series. The winner will be announced here on Friday, July 19th, between 4-6 PM EST. For convenience, please leave your contact information within your comment. Thanks!

Questions for Liz Tolsma:
Before your upcoming breakout novel, SNOW ON THE TULIPS, released on July 24th, you were already a contributing author of the NY Times’ Best Seller A LOG CABIN CHRISTMAS, as well as had 2 short stories published. Plus, you already are a client of a well-respected agency. To many pre-published authors, you have it made. However, were you tripped by any unexpected publishing speed bumps?

Not by too many speed bumps. What surprised me was how long it took to get published. I started writing in 2001 and my agents have sent out many, many of my stories. I didn’t produce much from 2007-2010 because we were homeschooling at that time, but that time away helped me learn and grow as a writer. Three weeks after we sent all of the kids to school, I got the contract for A Log Cabin Christmas.

SNOW ON THE TULIPS, the first book of the Women Of Courage Series, is set in the WW II era. Why do you believe we as writers, and readers, cannot let go of this time period? Did you/your agent have difficult selling a story from this time?


We can’t let go of this time period because we have so much to learn from that generation – and we don’t have much time to hear these stories direct from the sources. My life has been pretty comfortable so far. We in the U.S. don’t understand suffering. The stories these survivors have to tell have some very important lessons for my generation and my children’s generation – lessons about courage, faith, and fortitude.

I got my share of rejections on this novel, but WWII is becoming more popular. This time period is really taking off and we found a publisher willing to take the risk on a WWII novel from a rookie author.

What makes your novel different from other WW II set stories?

Basically this story isn’t about troops and doesn’t take place on a battlefield. This is a story of an ordinary woman caught in extraordinary circumstances. Snow on the Tulips is set in the Netherlands in the final weeks of the war. The hero is a member of the Dutch Resistance movement, one of the most active resistance groups in the war. This sleepy, rural province becomes a hot bed for underground work.

Did SNOW ON THE TULIPS originally present itself to you as a series or did either your agent or publisher encourage it? Would you say its more fun or more intimidating to write a series?

I had two family stories I wanted to tell, so it was natural that there would be at least two books. Since publishers like three book series, my son helped me to come up with the idea for the third. I’m enjoying writing this series. Each book could stand on it’s own, but a similar theme runs through them all.

What message would you like your readers to carry away from this novel? From this series?

The heroine of Snow on the Tulips is a frightened young woman. When trouble arrives on her doorstep in the form of a Dutch resistance worker, she can’t turn him away. Her decision forces her to face her fear and put her trust fully in the Lord. Fear is an emotion we all can relate to, and if this woman can overcome her fear in a situation like this, we can face ours.

The series is about courage in the most difficult of circumstances and trust in God to see you through trying times. No matter how bad things are, God is our ever-present help.

From the knowledge gained from your previous publications, how similar or differently are you marketing your work now?

With A Log Cabin Christmas, there were nine authors in total, so we were able to reach a very wide audience. I did some book signings and a blog tour. Now that I’m the lone author, the marketing falls squarely on my shoulders. I’m speaking and doing book signings. I found that signing at a bookstore doesn’t usually go too well. I do much better at craft fairs, so I already have two lined up for the next few months. I’m Facebooking and tweeting, gathering influencers, and using Pinterest. I have quite a following on my WWII board and I’m using that to my advantage to talk up my novel.

Are you a woman of courage?

I didn’t used to be. I’m timid and shy and easily frightened. With marketing, I’ve had to face my fears head-on. The Lord has helped me and I’m becoming more comfortable in public.

I’m also afraid of heights and I don’t care to drive too much. It’s a necessity in this day and age, but I’d rather not if I don’t have to. I wanted to attend my cousin’s wedding in Pennsylvania, but airline tickets were cost prohibitive. I thought that if the women I was writing about could do the things they did, I should be able to drive to Pennsylvania – over a high bridge in Chicago and through the mountains further east. I conquered my fear and we made it to the wedding. As I become more and more mature in my faith, my fears are easing. The Lord is near.

SNOW ON THE TULIPS by Liz Tolsma: No matter how bad things are, God is our ever-present help. (Tweet This)

Win Liz Tolsma’s WWII-set novel SNOW ON THE TULIPS, Book 1 of the Women of Courage series. (Tweet This)


New York Times best-selling author Liz Tolsma is currently a stay-at-home mom and part-time church secretary. Her novella Under His Wings released in September 2011, in Barbour Publishing’s novella collection A Log Cabin Christmas. Daisies Last Forever is the second in the three book series Women of Courage. When not writing, she enjoys reading, walking, gardening and snowshoeing. She makes her home next to a cornfield in Wisconsin with her husband, Doug, and their three children, all adopted internationally.