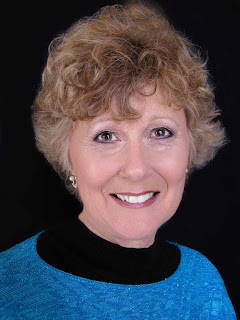 Everyone's Story is excited to welcome upcoming debut author, Patricia Bradley. Why the extra enthusiasm? Because it's been a pleasure to watch Pat blossom from  a frequent visitor and commenter to this blog to becoming a published author. I feel like I'm cheering along a true sister! And, when you think about it, aren't we all sisters and brothers, united by the heart of God? Please join us this week as we not only share how Pat became an overnight sensation via 33 years with a 3-book deal, but why you may just not want to give up on a God who doesn't give up on you ♡

WHEN DO YOU QUIT? By Patricia Bradley

I want to thank Elaine for having me on her blog, especially since I don’t yet have a book that I can promote—Shadows of the Past won’t be released until February 1, 2014. I’m hoping Elaine will ask me back then. (Blog note: Done and did. Patricia will be back on Everyone's Story January 31, 2014!)


As I considered the topics to write about, the Genesis finalists were announced, reminding me of all the years I had entered it. And that reminded me of how many years I have been writing. You really don’t want to know the answer to the question that I’m sure just popped into your mind. 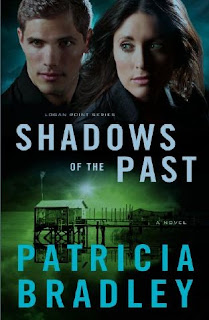 You do want to know how long?

Oh. Well, let’s see. I’m not one of those writers who began writing as a child. I was too busy reading. In the eighth grade I remember staying up all night to read Exodus by Leon Uris. That same year I read Hawaii by James Michener and To Kill a Mockingbird. It didn’t enter my mind that I could write a book. No, that came later, much later, when I was thirty-five.

And since I am now 68, that means I’ve been writing off and on for 33 years. Thirty-two of those years were spent submitting manuscripts and receiving them back with an I’m sorry, but this doesn’t meet our needs. Or This isn’t quite right for us. Or…you get the picture.

On top of that I entered contests— the Genesis at least six times, the first time not even being in the top half, afterwards inching closer to the finalist list. Every year it hurt to not final. Judges comments were helpful, but in essence they were saying: Your baby is ugly!

I had a story I believed in.
With every revision, I saw that my writing and the story were getting better.
I got help.

The last one is the most important. After I won the Maggie in 2008, I thought the book was a shoo-in for publication. I promptly sent it off to a couple of publishers and promptly received it back with a form rejection. I couldn’t figure out what was wrong. This was a great manuscript. It won a contest, for Pete’s sake. 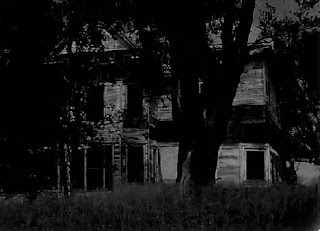 A year later I met Susan May Warren and invested in a critique. It changed my writing life. I learned how to write actively, not passively. A couple of months later, Rachel Hauck and Susie worked with me at their Deep Thinker’s Retreat and told me when she read my story, she felt as though she was on the outside of a window looking in. I learned how to bring my character to life, to get into his or her head and to understand why they did what they did—the lie they believed about themselves.

After three years of honing my craft, I finaled in the Genesis and got an agent—the great Mary Sue Seymour. And, I thanked God every day that Shadows of the Past wasn’t published right after I won the Maggie. It.Wasn’t.Ready.

Neither was I. God was refining me as well as my writing. I learned how to enjoy the journey and to depend on Him. As I sat at the table waiting for the Genesis winner in the Romantic Suspense Category to be revealed, God whispered in my ear, “This isn’t in my plan for you.”

Winning the Genesis was His plan for Arlene Coulter, not me. I was truly glad for her because I knew God had a plan for me like Jeremiah said, and on October 26, 2012, God revealed that plan—a three-book deal with Revell.

Your signature is "I asked God to teach me patience and He gave me a book to write." From what you've shared with us, believe me, I can relate! Has your years of striving to become published taught you any other Life Lessons?

Another Life Lesson I’ve learned is that if I’ll wait on God, He’ll give me more than I could imagine or think. I would have been happy with one book published, but He gave me three.

What is the significance of the haunted house photo?

The old house in the photo is the Martin family home and plays an important part in the story. It was what I always pictured on the cover of the book, but Revell went in a different direction. And that’s a blog post in its own right.

Looking back in hindsight at the years that shaped you as an author, do you have any regrets about the time factor?

I think we always wish for something to happen sooner. If I could have a do-over, I would take on-line courses earlier, and I would get in a critique group earlier. Of course, I still would have had to wait for the Internet.

Should you quit writing? Patricia Bradley is thankful she didn’t! See why. (Tweet This)

See how Patricia Bradley became overnight hit via 33 years with a 3-book deal. (Tweet This)

Patricia Bradley: I asked God to teach me patience and He gave me a book to write. (Tweet This)


Patricia Bradley lives in North Mississippi and is a former abstinence educator and co-author of RISE To Your Dreams, an abstinence curriculum and workbook. But her heart is tuned to murder and suspense. Patricia’s mini-mysteries have been published in Woman’s World, and her debut novel, Shadows of the Past, will release February 1, 2014. Until then check out her last short story in WW, “Blood Kin”.


When she’s not writing or speaking, she likes to make jewelry or throw mud on a wheel and create odd and unique pottery.

Email ThisBlogThis!Share to TwitterShare to FacebookShare to Pinterest
Labels: Author Patricia Bradley; Inspirational Romantic Suspense; God's plans different from your own; Revell Publishing; Shadows Of The Past; Blood Kin