Carole Brown: Why Learning New Things Is Well Worth The Trip 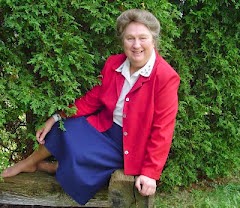 Everyone's Story welcomes back now multi-published author Carole Brown. It's been exciting to see Carole growing as a published author, and I'm not surprised by her success since she always makes me think on different levels. I hope you enjoy your visit with Carole. Please check out the blurb on her newest release, HOG INSANE, which she's offering as a lovely Giveaway incentive for you to say a hello in a comment. Both Carole and I look forward to hearing from you.

Giveaway:
Carole is offering 1 copy of her new release, HOG INSANE, either a print or e-edition, to 1 randomly chosen commenter. The winner will be announced here on Friday, September 5th, between 5-6 PM EST. To be entered in the Giveaway, please leave your contact information within your comment. Thanks!


Here's a blurb of HOG INSANE:
A dead body, a missing motorcycle, a strange key, and dope are at the bottom of the trouble Denton and Alex Davies, and Taffy, their Jack Russell Terrier, run into when they head for their first stop in the Smoky Mountains immediately after early retirement.

All Denton wants is to fish and recapture his wife’s love. Instead, they find the body of Anthony Risler. Denton figures Risler’s missing bike has to hide some kind of evidence that incriminates the murderer. None of the campground people, or even the sheriff, pretend to like Denton and his snoopy questions, and everyone seems to be lying.


Denton wrestles with his personal demons of self-blame over his nephew’s death while riding a bike. But if he doesn’t find the young man’s murderer, his marriage may stretch to the breaking point.

On Bikes and All Such Research Stuff . . . By Carole Brown

My husband once sold a motorbike for a nickel and loaned his brother the nickel.

Yeah, that’s how aggravating they can be, and yeah, he and his brothers have loved them way before I met my husband.

When I first wrote Hog Insane it was a short story for some kind of contest. It didn’t win (thank God!) but I let it live on in one of my folders. Two things about the short version:
1.     At the time I emphasized the person’s ability in riding the bike.
2.     I wanted something to get people’s attention when I titled it (even then) Hog Insane.

When I chose to develop Hog Insane into a longer story, I kept the title and began the work. I love mysteries, but as I soon learned, writing them is a bit harder than reading them. Suspense is usually my easy cup of tea, but I thought, “Why not delve into mystery writing and see if I can do it?”

The problem with mystery writing, the antagonist must not be revealed until the end. Suspense is different in that most times the reader will know who the bad person is. So hiding the murderer and providing legitimate clues to lead the protagonist (and reader) to the solution/guilty party is WORK. I found that out quickly enough.

So how could I use a motorcycle within this story, besides having the murdered victim riding it? Was there anyway to bring it into the plot of the story? Without giving too much away, I tested several angles of where to hide clues on a bike. Of course, I had my husband as a backup source!

One funny item I’d included in the short story that had to “go out” in the novel: I’d written a small flag with writing on it waving from the back of the bike and Denton Davies seeing it from his RV and being disgusted. Both my son and husband laughed (me to scorn, as the old saying goes) with that one. Their reasoning?

You could not read a small flag flopping around in the breeze a bike would create zooming down the road. Who’d ‘ve thought?

Then there’s the problem of suspects. How many do you include? Should everyone look guilty including the amateur sleuths? Can the sheriff be a suspicious guy? And what about the nice lady at the diner? What on earth could she do to make her look guilty as all get out?

Then there’s the amateur sleuth him/herself? Should they be a bumbling ignoramus who falls into the solution? Or better still, a scaredy cat who’s forced into finding the bad guys because of fear, threats or worse? Or can he be another Agatha Christie sleuth who sees far more than he reveals to the secondary characters who act as his/her helpers? Or even worse be one of the female human strong women who conquers all because, after all, that’s what’s expected from today’s women?

My final decisions:
1.  Ditch the flag; only made sense and was totally unnecessary.
2.   Use the bike but find something reasonably able to hide an item
3.   Create the character and his personality that fit with what I wanted him to be. In this case he became a middle-aged man who loves fishing, his wife and his way. Combine those traits with a love of words, a desire to travel and his fear that Alex, his wife, will be harmed, and I think I came up with a amateur sleuth that is a little different, interesting and fun.
4.   Suspects? I hoped I created several that not only fit that category but who acted suspicious and cast several red herons in the way of the solution!

Did I succeed in writing this book? I hope so. Several have enjoyed it, although not all. But it’s a fun attempt and I hope to continue trying. Perhaps by the time I’ve hit the second or third book, I’ll be in full swing with my writing pen for mysteries!

Always remember, that we never stop learning, as many wise men know and state. Every aspect should be enjoyable and learning new things is an adventure well worth the trip.

What special experience in your writing have you had struggles with and persevered through?

Carole's previous segment on Everyone's Story: Stirring Readers To Act With A Heart

Like #motorcycles? Think they’re easy to write about in fiction? See what author Carole Brown says. (Tweet This)

Author's Bio:
Carole Brown lives in Southeast Ohio and is always on the lookout for catchy titles and suspenseful plots. She has written her whole life as newspaper reporter, editor of journals and newsletters, and research manuscripts. When not penning her own novels, she enjoys mentoring beginning writers and founded a writer’s group called Circle of Pens where she can mentor to her heart’s content. Her passion for serving continues in her secretarial work and coordinator for the state of Ohio with ACFW.

She and her husband have traveled extensively throughout the United States ministering and counseling. They have particularly enjoyed the western states where they’ve labored with the Native Americans and many other specific places where she gathers fodder for her writings. They continue to enjoy traveling, their grandsons, the country life and city lights, gardens, and good food.