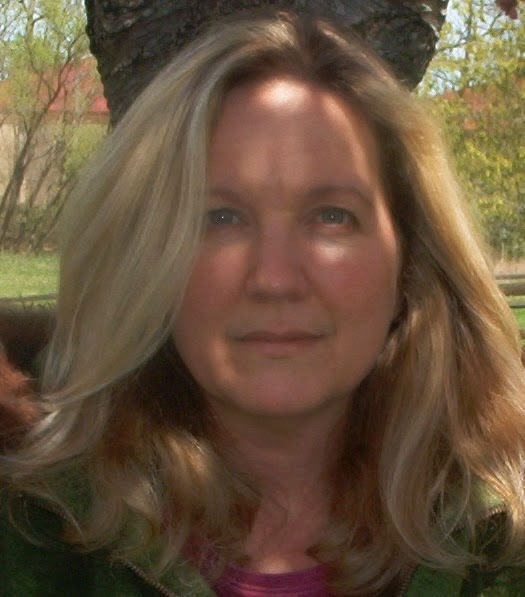 Everyone's Story welcomes back with much affection the lovely Connie Almony. Since the first time Connie has appeared on Everyone's Story she has gone on to publish her first novella in Christian fiction. Congratulations, Connie! Whether expressing her musings on her personal blog or the group blog she participates on, or in her moving fiction (her novella is a must read for the inspiring combo of the power of faith and love), Connie zings her message through to the heart. Please check out Connie's Giveaway and her special message below. We're both looking forward to hearing from you.

Giveaway:Connie is offering one $5 Amazon Gift Card, which is perfect for either purchasing her novella AT THE EDGE OF A DARK FOREST or any other e-book of your choice, to one randomly chosen commenter. The winner will be announced here on Friday, August 15th, between 5-6 PM EST. To be entered in the Giveaway, please leave your contact information within your comment. Thanks!

Blurb for AT THE EDGE OF A DARK FOREST:

Cole Harrison, an Iraq war veteran, wears his disfigurement like a barrier to those who might love him, shielding them from the ugliness inside. He agrees to try and potentially invest in, a prototype prosthetic with the goal of saving a hopeless man’s dreams.

Carly Rose contracts to live with Cole and train him to use his new limbs, only to discover the darkness that wars against the man he could become.


At the Edge of a Dark Forest is a modern-day retelling of Beauty and the Beast. Only it is not her love that will make him whole.

Why I’m My Characters’ God by Connie Almony

One of the things that I love about writing is the way God inserts Himself into the process, revealing something new I needed to know about Him. Yes, I know He is a big, powerful, wise and merciful God, but writing has allowed me a greater glimpse of what all that means.

Why? Because for a little while every day, I AM GOD.

Oh, don’t gasp and call me crazy because you think I have a God complex. Believe me, having had a glimpse of what His job entails I know I wouldn’t want it. Too much responsibility!

What I mean is that, to the characters of my story, the people I birth, the settings I paint, the situations I plan, I am their creator. I decide who lives and who dies, who grows and who remains stuck. I let them fall and create challenges to stretch them. I am their God.

How has that changed me?

Years ago, as a drug-prevention counselor in a narcotics-infested area, I learned how good people could fall prey to their surroundings. If there is no one around, pointing a direction of purposefulness and godliness, a young person will often slip into making destructive choices just because “everyone is doing it.” They don’t know any different. In fact, though the grant funding my position restricted me from counseling drug addicts, our center stretched the word “prevention” to include “preventing from further use” so I wouldn’t be twiddling my thumbs all day. By the time most of these kids got to high school they were either using or their parents didn’t spend much time helping them because they were too busy managing the effects of the “using” child. What some, who have grown up in a supportive, loving, Christian environment, would call dysfunctional was not only normal for these kids, but to them a necessary means of survival.

When faced with many of the scenarios my clients lived under, I became more cognizant of the wisdom behind God’s statement, “Judgment is Mine.”  I can honestly say, if I’d lived in the environments these kids lived in on a daily basis, I don’t think I would have resisted as much as some of them did. How can I judge them when I do not know the whole story of their lives and have not experienced the same pressures?

You’d think this would have been enough to own the verse mentioned above. But something sunk it deeper into my cells than getting to know my clients from the outside-in. It came with developing my characters from the inside-out. I know their destiny almost from the moment of their birth. I know what they are called to do. I know they will hit hard roads, all of which are of my making, and that those roads will define who they are. I ache for them when they hurt (I even cry as I write) and I rejoice in their triumph. I worry when they sin, because I know how it will impact them down the road. Sometimes, I let them feel the impact of that sin so they will see what God says is true, and therefore trust His loving guidance in the future.

Some of my characters appear to be horrible people … at the beginning. Some are only broken, seemingly weak. But I know what will move them and strengthen them, and so I make them move, because without that movement, they will be forever lost.

This knowledge has given me a new perspective on my relationship with God and His people. I cannot judge someone for their sin because I do not know how they got there (their backstory). I also cannot chastise God for the challenges He places before me, now that I have a better understanding of what He means to do. I will trust Him, because He has given much, and I suspect that though, as the Great Author He is, His stories are fraught with turmoil, His specialty is for Happily Ever After.

Check out Connie's previous appearance on Everyone's Story when she addressed the issue of A Dog With Skin Problems, An Autistic Child, and Heaven Sent Joy

Connie's Ah-hahs To Tweet:
Visit with author Connie Almony whose novella is receiving a lot of attention. (Tweet This)

Like Beauty and the Beast stories? How about one with a war-vet, amputee with PTSD? (Tweet This)


Author Connie Almony: Are you God to your characters? Visit Connie on Everyone’s Story. (Tweet This)

Author's Bio and Places To Connect:
Connie Almony is trained as a mental health therapist and likes to mix a little fun with the serious stuff of life. She was a 2012 semi-finalist in the Genesis Contest for Women’s Fiction and was awarded an Honorable Mention in the Winter 2012 WOW Flash Fiction Contest. Her newest release, At the Edge of a Dark Forest, is a modern-day re-telling of Beauty and the Beast about a war-vet, amputee struggling with PTSD.

You can find Connie on the web, writing book reviews for Jesus Freak Hideout, and hosting the following blogs: InfiniteCharacters.com and LivingtheBodyofChrist.Blogspot.com.