K.B. Schaller: How A Passion Became A Prizewinner 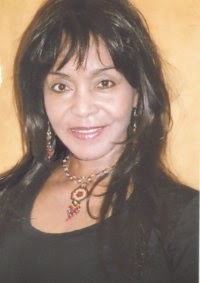 Everyone's Story welcomes back with great pleasure author K.B. Schaller. Although I've known K.B. for a while, it's an honor that she is joining us this week as an award-winning author of the International Book Award. As a Native American Christian, K.B. captures the heart of human rights, whether in her fiction or non-fiction. K.B. shares a lot with us, so let's turn this over to an amazing woman. Both K.B. and I look forward to hearing from you.

Giveaway:
K.B. is offering 1 copy of her new release, 100+ NATIVE AMERICAN WOMEN WHO CHANGED THE WORLD*, to 1 randomly chosen commenter who includes within his or her comment why it's important to learn more about Indigenous heritage/Native American women. The winner will be announced here on Friday, September 12th, between 5-6 PM EST. To be entered in the Giveaway, please leave your contact information within your comment. Thanks!


Why All Women Can Contribute To This World by
K.B. Schaller

Thank you, Elaine, for your gracious invitation to be a returning guest on Everyone's Story!


Deciding what I felt passionate enough to write about came to me on a Saturday night as my family sat on the couch in our TV nook and watched Cherokee actor, Wes Studi, become Geronimo, the Apache resistance fighter. As the Euro American Empire spread across this continent, he and his remnant band of about 35 resistance fighters waged guerilla skirmishes against the United States military to defend their ancestral lands.

We had watched the movie before, but this time, something I had not noticed before clicked in my head: while other chiefs and war leaders of Geronimo's era—Mangas Coloradas, Cochise, Nana, and Victorio—were also portrayed or mentioned, the names of the female fighters, Dahteste and Lozen—as fierce as any of the male warriors—were never mentioned. Furthermore, one has to dig into the history of that era to find that they ever existed at all.

Although it was not the rerun of Geronimo that ignited my passion to research and compile 100+ Native American Women Who Changed the World, it certainly reinforced my belief that, other than Pocahontas and Sacajawea, there has been a suppression and omission of information regarding the accomplishments of Indigenous heritage women. And there is, indeed, a much broader field of them.


Historical and contemporary, they have contributed greatly to their homes and communities, the United States of America, and also the world.

As part of an ethnic group comprising only 0.09 percent of a total population of well over 300 million, their accomplishments are even more amazing when considered within the context of historical marginalization, cultural displacement within the dominant society, and also culture-bound issues within  their own communities and tribal nations.

Even so, I decided to approach 100+ Native American Women based on their accomplishments as proactive, dynamic individuals who have earned their places in history through sacrifice, principles, and hard work: they are activists, educators, and earners of appointments and recognitions by presidents of the United States. They are Olympians. Military servicewomen. Prima ballerinas, Ministers and gospel singers as well as achievers in many other professions and vocations.

Even though Geronimo did not spark my initial zeal to write 100+, it supported  my final decision to debunk the stereotype of the shy Indian maiden traditionally portrayed by mainstream storytellers, movie makers and poets as a largely invisible myth within both traditional and contemporary societies.
Nominated from across Indian country, 100+ Native American Women Who Changed the World demonstrates to women and girls of all races, ethnicities and circumstances that they, too, can contribute to their communities, the United States of America and the world while also achieving their personal dreams and goals in the Great Melting Pot we call the United States of America.

You can view KB's previous guest appearance on Everyone's Story at: Walking In Two Worlds.

What mindset changes did you make when transitioning from writing novels to penning the non-fiction book 100+ Native American Women Who Changed The World?

I think my greatest challenge in compiling, editing and adapting the biographies of Native American women as opposed to writing fiction is that there is not the same degree of freedom an author experiences when creating h/h own characters, situations and outcomes.


It isn't creative nonfiction either, where the author's aim is to communicate factual information so that reads like fiction.

What lessons did you learn from these remarkable women that all Americans should think of as part of their heritage? And, was there one particular woman’s history that surprised you?

No group in this nation has a more tragic history than the Native American. When we consider what goes on in many other nations around the world, I think far too many Americans, Indian and non-Indian alike, take for granted the freedoms guaranteed us by the Constitution.

Although Native peoples still remain a conquered and largely marginalized people, as dual citizens of both the United States and tribal and urban communities, we can and should celebrate the same freedoms as any other citizens, even though we must sometimes demand them. And be thankful that we live in a country that guarantees us that right.

As for the responsibilities that come with celebrating these freedoms, Native Americans, who comprise only 0.09 percent of the total population according to the latest census, serve in the U.S. military at a higher per capita rate than any other group.

As for the surprises, there were many. One was that, in 1976,  Amelia "Amy" Cutsack Trice, tribal leader of the Kootenai people, declared "the last Indian war against the United states" to save her tiny tribe that had dwindled to only 67 people.

After a standoff of several weeks, she led a delegation to Washington, D.C., and convinced then-President Gerald Ford to transfer 12.5 acres of federal land that today has expanded to approximately 4,000 acres.

Are you marketing your new release different from your fiction, and why?

Yes, I am approaching the marketing differently from fiction. The major reason is that nonfiction tends to have a wider audience appeal; I find it easier to tie in 100+ Native American Women Who Changed The World with celebrations including Women's History Month (March); American Heritage Month (July); National Native American History Month (November), which is also Thanksgiving. I find it easier to book engagements for speaking and book signings. I also feature the heroines in a column that I write for Indian Life newspaper.


For fun: Which story(ies) most influenced you as a child?


I would say Aesop's fables. The ones best remembered are The Ant and the Grasshopper, Androcles, and The Goose With the Golden Eggs, so I suppose they were my favorites.

#BookGiveaway of 100+ Native American Women Who Changed the World by an amazing woman, K.B. Schaller. (Tweet This)


Everyone has a story: K.B. Schaller on how women of all races can contribute to their communities. (Tweet This)

Author's Bio:
K.B. Schaller, M.Ed., has taught on the Seminole Indian Reservation and in public schools. Of Cherokee/Seminole heritage, she is a member of the Native American Journalists Association, and is a columnist, illustrator and features writer for Indian Life newspaper. Schaller is a moderator on writers threads on LinkedIn, an international business network, and a blogger on Native American issues. She is a conference speaker and has held book signings at venues including the Broward County Main Library, Nova University, and the  Institute of American Indian Arts (Santa Fe).
100+ Native American Women Who Changed the World, her first non-fiction title on Native Americans, is winner of a 2014International Book Award in the Women's Issues category and a 2014 Florida Authors and Publishers Association President's Book Award, Biography category.  http://www.internationalbookawards.com/2014awardannouncement.html
Also a novelist, Gray Rainbow Journey, Schaller's debut novel, is winner of a National Best Books Award and a Florida Authors and Publishers Association President's Book Award.
She is also author of Journey by the Sackcloth Moon, sequel to Gray Rainbow Journey. Both novels explore the angst of a young Native American beauty who is torn between two faiths, two worlds, two loves.
Places to connect with KB:
Website
Twitter
OakTara
LinkedIn
Goodreads
Amazon