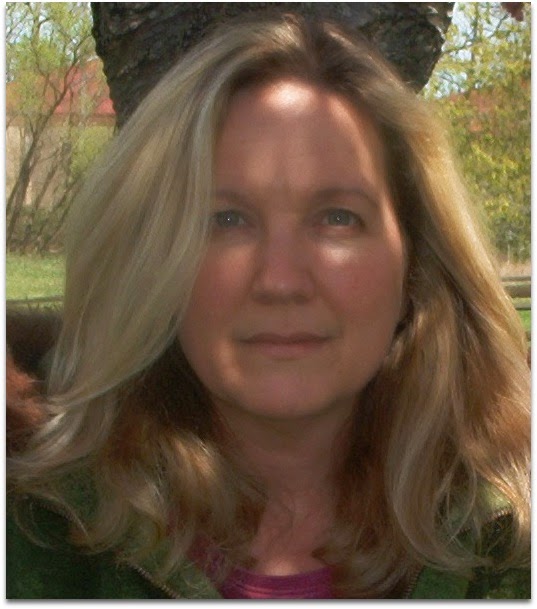 Everyone's Story warmly welcomes back author Connie Almony.  Through the past handful of years I've gotten to know Connie so well that I wish we lived around the corner from each other…and when you chat with her online or read her novels I believe you're going to feel the same way! Personable, heartfelt, funny, and strong--that's what Connie is all about. And, having roomed with her on a college campus at a writer's conference I will be a personal witness that yes, she really does feel at home in such an environment. Please extend a warm greeting to Connie and try for her special BookGiveaway of her new release, ONE AMONG MEN.

BookGiveaway:
Connie is offering 1 version of her novel ONE AMONG MEN to 1 randomly drawn commenter. The winner will be announced here on Friday, December 12th between 5-6 PM EST. To be entered in the Giveaway, please leave your contact information within your comment.

Blurb for ONE AMONG MEN:


Her job requires she live with 500, hard-partying, college guys. She can handle the 499, but it only takes one to lead her into danger.

Samantha Hart is looking for purpose, like her missionary best friend, but is forced to take a job as a resident director of the all-male party dorm at the major state university where her prodigal past haunts her. She must avert the pitfalls of a woman in her position as well as the dangerous forces that threaten her life.

Chris Johnson, a rock guitarist, has come back to school as a music major, and finds himself in a business relationship with the ruthless supplier of an on-campus drug ring. He’s intrigued by the lady RD, while learning more about his musical gift and the God who gave it to him. Can he manage his two worlds without risking Samantha’s life?

Though this novel is set at the completely fictional Maryland State University, ten percent of current author income will go to Campus Crusade for Christ (Cru) at University of Maryland College Park.

A FEW QUESTIONS FOR CONNIE:
I know that your new release, ONE AMONG MEN, is truly a story of the heart. Do you have any anecdotal stories of seeing this story come alive in its journey to publication?

One Among Men is a story of a woman whose job requires she live in a hard-partying, all-male college dorm. Though it is not MY story, it was inspired by my time as a resident director of three all-male dorms, one in which I lived. God gave me this time—between having been taught relative right and wrong from my studies, and being a counselor in a biblically-centered counseling office—so I could see how living a value-less life can lead to a chaotic lack of direction. I saw students testing boundaries of thought promoted in the classroom, and falling prey to behavior that would impact them negatively for the rest of their lives. It was the emptiness of that world that led me to crave the teachings of the Bible in the years following. And yet, there is a lot about the college atmosphere that I LOVE.

ONE AMONG MEN is Book 1 of The Maryland State University Series. What is it about a university setting that captures your writer’s interest?

I LOVE the university setting. I’ve always gotten a sort of “high” from the atmosphere of “higher learning,” and seeing physical manifestations of information (sometimes called books) stacked up in one place. “The Stacks” was one of my favorite rooms in the university library. There was just so much information there that the shelves needed rollers so you could move them apart from each other to access the journals. Of course, we have Google now, but nothing comes close to the image of all those words in one room.

At the same time, having read and parsed some of the studies that have been published in the journals there, I now know the limits of that information. Over the decades I’ve seen how one study I’d treated as “gospel” was overturned by a new one, or how one theory in prominence would later be found to be utterly false. Yes, I still love the idea of all that information, but I also recognize that God is the best source of truth! And yet, I relate to students, who like me, are always seeking knowledge, so they won’t be acting on someone else’s lies.

Can you tell us more about this University series? About your target audience, any theme continuity, its plots?

If I had to choose one target audience, it would be the group we call millennials—those from their early twenties to mid-thirties. I love this period of time, where we are looking for meaningful direction and purpose in our lives. This is where we set out to make a difference in the world. I keep hearing how the Christian faith is losing this generation because they have not been given a solid biblical foundation. Without this foundation in God’s truths, many have nothing to rely on but what the world teaches, based on flawed studies designed by researchers with an agenda to prove. It’s sort of the modern-day version of the hand-crafted God. And it has about the same power in the end.

The series moves through this life period with the main characters. In One Among Men, Samantha Hart tries to find purpose in her life after having saturated it in rebellious and pleasure-seeking behavior that almost destroyed her. In the next book, An Insignificant Life, Tiffany Lundgren discovers the emptiness of the status she seeks in academia. And of course, there’s a little romance along the way. 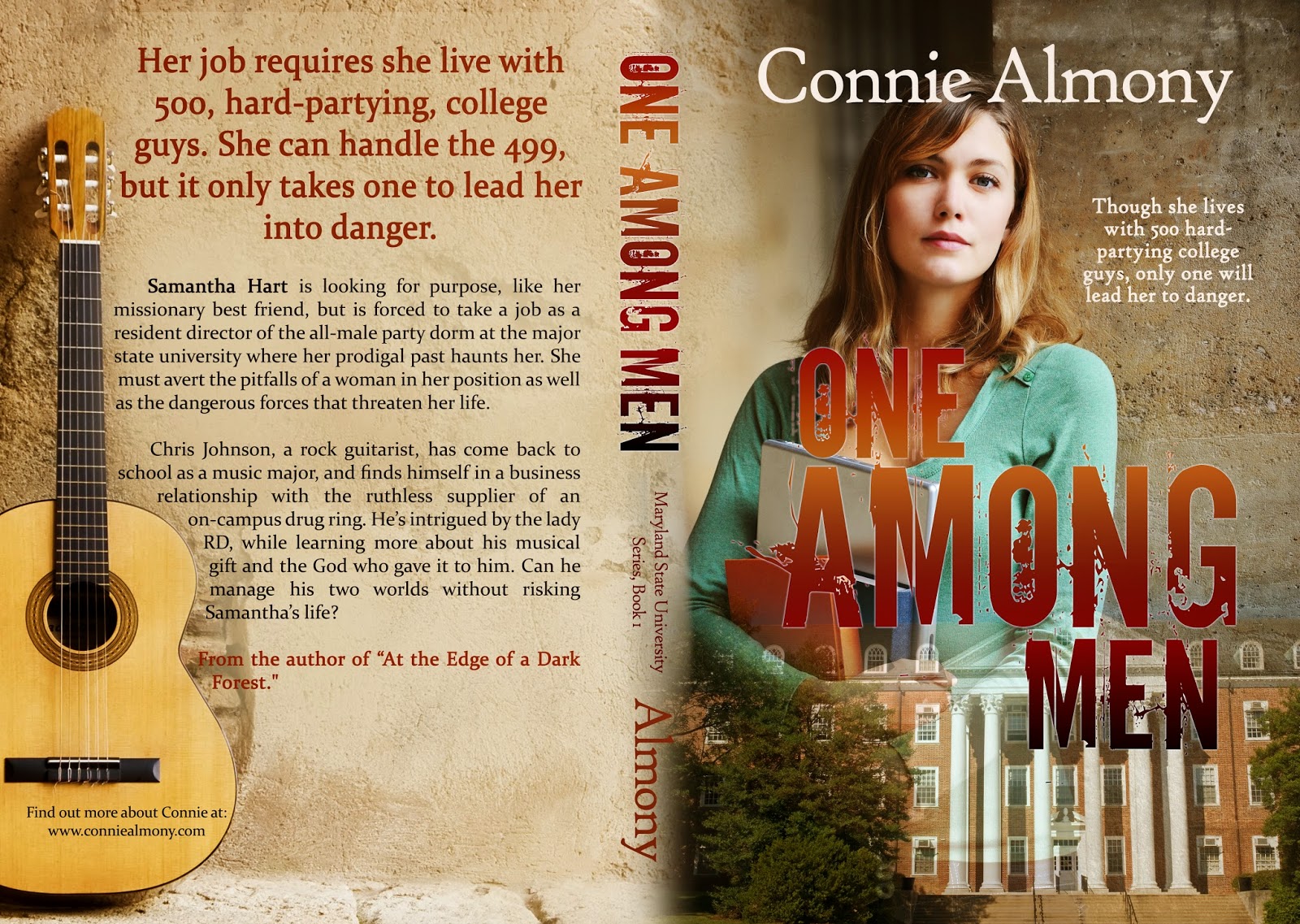 What do you hope that a reader will connect with you based upon your novels?

We all want purpose and meaning in our lives and sometimes feel we don’t have enough of what it takes to make a difference. But God can take our smallest offering (like the boy with five loaves and two fish) and make it something great. We just need to give it to Him. Many think they have to do big things and touch lots of people. But sometimes the best work is in the everyday, showing those around us the love of God. It’s not about the number of people you touch, but the depths in which you touch them.

Please share the faith message in ONE AMONG MEN.


That God has a plan for you and it’s a good one. He created you perfectly for it. All you need to do is surrender to His call.

For fun, please share your first thoughts on the following subjects:

Family: My family? They’re a kooky bunch, which means we don’t have to go far for a good laugh.

Small town or big city: Did I ever tell you I have a hard time choosing between only two items? I’d have to say suburbs. In fact, I’d like to see more fiction set in the suburbs. We suburbanites have interesting lives, too. I like being in between the small town and big city. I can travel to one or the other depending on my mood. Small town for R&R, and big city for large events.

Place you long to travel to: Scotland and Africa. Scotland, to see the wild and rugged nature of the countryside, as well as hang out with people who speak with a brogue. Africa, because I think God has something to teach me there.

Hobby: I am a big Christian Contemporary music lover. This book is evidence of that. In fact, music plays a role in the faith journey of one of the characters.

Favorite novel: Sir Gibbie, by George MacDonald. It’s about a mute boy who does great things. I love it because it was like a letter from God to prepare me for a child with autism who would not be able to speak.

Favorite music: Third Day and NEEDTOBREATHE. In fact, I’m such a Third Day fan I mention them in this novel, thank them in the Acknowledgements, and am in a TD “psycho” fan club called “The Gomers.” I mention NEEDTOBREATHE in my previous novel, At the Edge of a Dark Forest.

Favorite Christmas dessert: It was always apple pie, but now that I am gluten free, I’ll have to say apple crisp (made with GF Bisquick).

Do college campus settings intrigue you for #ChristianFiction? Visit with @ConnieAlmony #BookGiveaway (Tweet This)

ONE AMONG MEN by @ConnieAlmony: Her job requires she live with 500 college guys #BookGiveaway (Tweet This)


Everyone’s story: Author @ConnieAlmony: mix college+romance+God and what do you get? (Tweet This)

Author's Bio:
Connie Almony is trained as a mental health therapist and likes to mix a little fun with the serious stuff of life. She was a 2012 semi-finalist in the Genesis Contest for Women’s Fiction and was awarded an Honorable Mention in the Winter 2012 WOW Flash Fiction Contest. She is also the author of At the Edge of a Dark Forest, a modern-day re-telling of Beauty and the Beast about a war-vet, amputee struggling with PTSD. 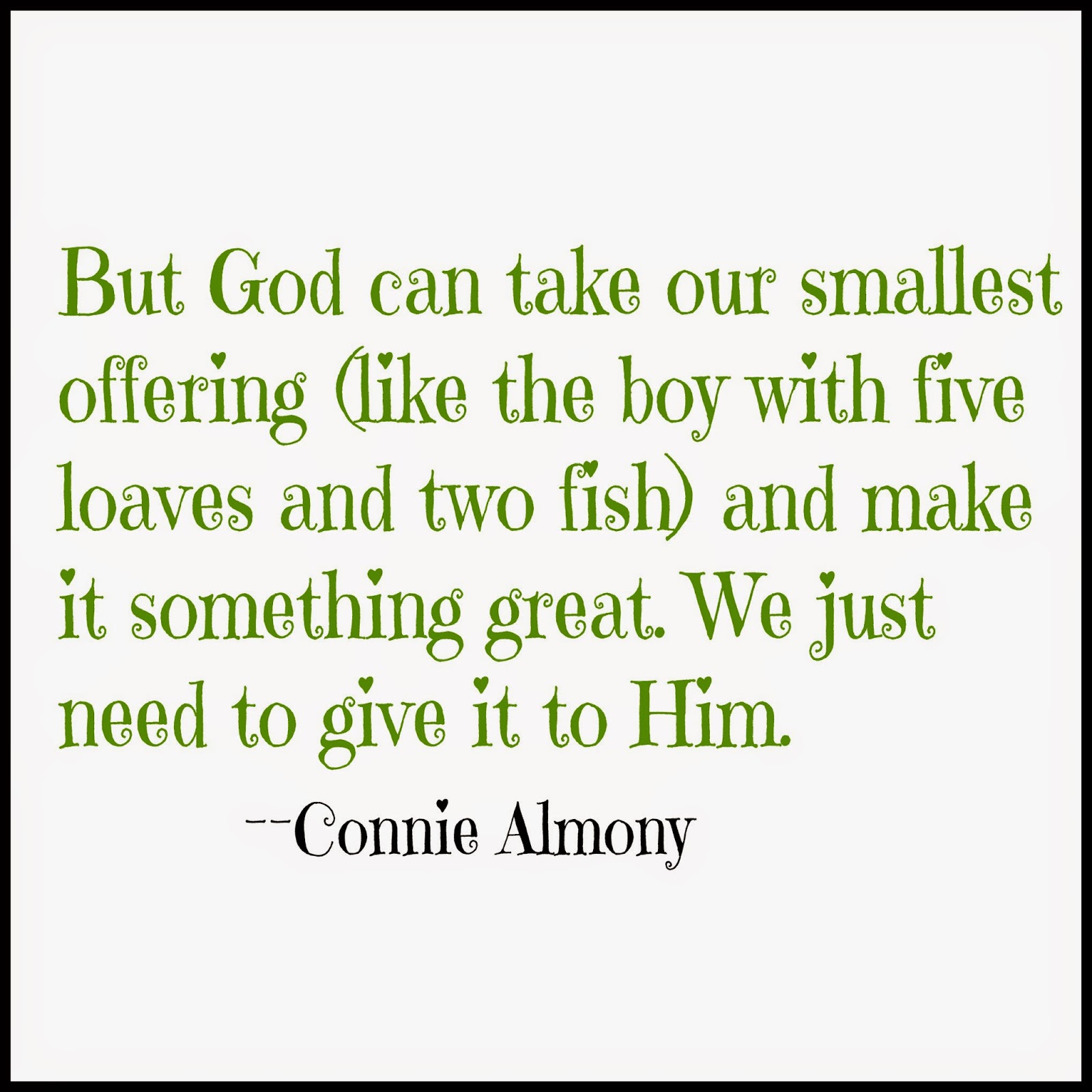