Kate Breslin: What Subliminal Message Does God Put On Your Heart? 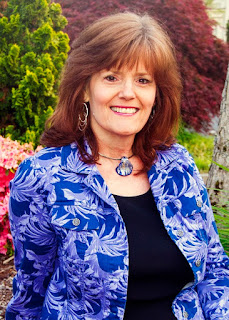 Everyone's Story is thrilled to welcome author Kate Breslin as this week's guest. I've been privileged to get to know Kate these past few years and to see her blossom from debut author to multi-award finalist, and now Kate's sophomore novel is freshly released. Congratulations, Kate! What I enjoy the most about Kate's novels, that although they're fiction, they portray that how in desperate times such as war how two people can find love and forgiveness in their hearts and how God works for the good in this world. That said, please check out Kate's BookGiveaway**(see note on bottom)  offer and the commentary she's chosen to share with you this week. Both Kate and I look forward to hearing from you.

Kate is offering 1 printed copy of  either NOT BY SIGHT or FOR SUCH A TIME to 1 randomly chosen commenter, US only. The winner will be announced here on Friday, August 21st between 5-6 PM EST. To be entered in the Giveaway, please leave your contact information within your comment (you may choose to use the Contact Me form to privately send me your email address--the form is in the right-hand sidebar on the blog's main page, toward the bottom).

Book Jacket Blurb for NOT BY SIGHT:


In the spring of 1917, all of Britain's attention is on the WWI war front and the thousands of young men serving their country on the front lines. Jack Benningham, dashing heir to the Earl of Stonebrooke, is young and able-bodied but refuses to enlist despite the contempt of his peers.

A wealthy young suffragette, Grace Mabry will do anything to assist her country's cause. Men like Jack infuriate her when she thinks of her own brother fighting in the trenches of France, so she has no reservations about handing him a white feather of cowardice at a posh masquerade ball.

But Grace could not anticipate the danger and betrayal set into motion by her actions, and soon she and Jack are forced to learn the true meaning of courage when the war raging overseas suddenly strikes much closer to home and their fervent beliefs become a matter of life and death.

God’s Takeaway Bonus For Readers and Writers by Kate Breslin

Elaine, thank you so much for hosting me this week on Everyone’s Story! And I love your tagline, “Rejoice in the Good Stuff, Ignore any Discouragement.” Words to live by!

This week, I’d like to talk about the marvelous ways God works in our lives, through the books we read and as authors creating stories. Many readers I’m sure will agree they’ve read a scene in a novel that has given them timely inspiration, or a passage from Scripture that spoke to their hearts at just the right moment. As writers, these messages work on a more subconscious level, but they still ring true. In my debut novel, For Such A Time, I wrote about a woman with the courage and faith to stand up for her people, to the point of risking death. It was also a message about love, and how that powerful Force can conquer the worst kind of evil. In writing the story, I found my own sense of courage, just like my heroine, along with a deeper understanding of my faith. I strengthened my conviction to continue writing inspirational stories regardless of whether I published a book or not.

In my second novel, Not By Sight, the message was a bit different. The main recurring theme deals with the peril of judging others. In the opening scene, my heroine, Grace Mabry, has preconceived notions about our hero, Jack Benningham. She assumes he’s a coward who refuses to enlist in the war, simply because he’s in London and not in France fighting alongside her brother. She’s also heard the gossip at her father’s London tea establishment, declaring the future earl of Stonebrooke to be “a playboy and a gambler who stays out until dawn.” Grace’s opinion is therefore already formed when she confronts him at a London costume ball and hands him a white feather of cowardice. She has no idea he’s working undercover for the Crown, or that her actions will set into motion events surrounded in danger and betrayal. It’s only later in the story that she realizes her error, feeling the sting of her own prejudiced blade when she finds her reputation maligned.

Once again, I wrote the story, aware on a subconscious level the lessons God was putting in my path. I became attuned to those times when I exercised my own assumptions, making rash judgments about a person or situation without obtaining all of the facts. (I confess, while working on Not By Sight, I was surprised at how often I caught myself.) 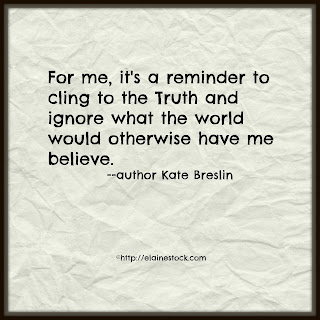 Making quick judgments is easy nowadays, as a barrage of media is thrown at us, each station, newspaper, even Internet blogposts reporting the same incident with different slants. Oftentimes the stories get blown out of proportion in an effort to attract new followers or viewers. With our busy lives, it’s too much trouble to “sift through the chaff to get to the wheat” of a story, and so we take what we’re given as fact. Thankfully, we have a bit more control when it comes to our own circle of family and friends. If not, we might all be lambasting one another. (grinning)

A second theme that plays into the first is a Scripture passage and part of my novel’s title: “We live by faith, and not by sight.” (2 Cor. 5:7 NIV) For our hero Jack, that means choosing to see with his heart and not things as they appear on the surface. For Grace, it’s learning that there’s always more than one side to a story.

For me, it’s a reminder to cling to the Truth and ignore what the world would otherwise have me believe. These are my takeaway thoughts as a writer; those subliminal messages God puts on my heart. Yet I also know each person can discern something different from a book or a passage in Scripture, so it’s my hope that readers will receive from my stories the message God wants them to hear most.

Author @Kate_Breslin asks: does God place subliminal messages on your heart? (Tweet This)

Authors' Bio:
Former bookseller-turned-author Kate Breslin enjoys life in the Pacific Northwest with her husband and family. A writer of travel articles and award-winning poetry, Kate received Christian Retailing's 2015 Best Award for First Time Author and her debut novel, For Such A Time, is a Christy award, RITA award, and Carol award finalist. Kate's second novel, Not By Sight released in August, 2015. When she's not writing inspirational fiction, Kate enjoys reading or taking long walks in Washington's beautiful woodlands. She also likes traveling to new places, both within the U.S. and abroad, having toured Greece, Rome, and much of Western Europe. New destinations make for fresh story ideas.

**It's summer and time to have a bit of fun. Please take this month's new Poll on the right-hand sidebar on your summer reading pleasure. You'll earn an extra BookGiveaway point for Kate's offer if you take the poll and comment about it within your blog comment (and yes, I'm going on the honor-system). And, if you've already took August's poll, let me know and I'm sure I can give you an extra point too (wink wink). Thanks!