Rick Barry: Do You Have Regrettable Elements From Your Past? 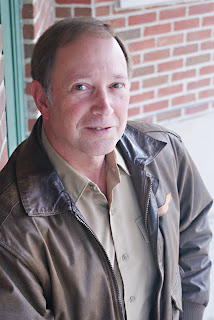 Everyone's Story welcomes multi-published author and church-planter/missionary, Rick Barry. As a co-client of our agent, the amazing Linda S. Glaz, I've had the pleasure to get to know Rick these past few years and I'm thrilled he agreed to be my guest. An encourager, Rick shares with us this week how to let go of the past in order to move forward and parallels this with the characters of his new release this September, THE METHUSELAH PROJECT. Please check out Rick's dynamic BookGiveaway. Both Rick and I look forward to hearing from you!

Rick is offering 1 printed copy of  his novel THE METHUSELAH PROJECT to 1 randomly chosen commenter. The winner will be announced here on Friday, September 4th between 5-6 PM EST. To be entered in the Giveaway, please leave your contact information within your comment (you may choose to use the Contact Me form to privately send me your email address--the form is in the right-hand sidebar on the blog's main page, toward the bottom).

Back Cover Copy:
During World War II, German scientists started many experiments. One never ended.   Shot down over Nazi Germany in 1943, Roger Greene becomes both a prisoner and an unwilling guinea pig in a bizarre experiment. Seventy years later, Roger still appears as youthful as the day he crash-landed—and he’s still a prisoner. Nearly insane from his long captivity, Roger finds his only hope in an old Bible.

Not until our present time does Roger finally escape from the secret society running the Methuselah Project. When he does, the modern world has become a fast-paced, perplexing place. His only option is to accept the help of Katherine Mueller—crack shot, go-getter, and attractive to boot. Can he convince her of the truth of his crazy story? And can he continue to trust her when he finds out she works for the very organization he’s trying to flee?

You’re Not a Prisoner of Your Past by Rick Barry

Right now, someone reading these words feels hindered by the past. You might be a woman who had a child out of wedlock and gave it up for adoption. You may be a man who fought and struggled to open his own dream business—only to see it collapse in dismal failure. That regrettable element could be any of a thousand things, but even if you read nothing else in this blog feature, understand this: you don’t have to remain a failure because of your past.

In my new novel, The Methuselah Project, my main character Roger Greene is haunted by mysteries in his own past. In fact, he doesn’t even know exactly who or what he is because his earliest childhood memories are of the orphanage where he grew up. Even though Roger is intelligent, even though he’s handsome, and even though he becomes an ace fighter pilot in World War II, as an adult he struggles with his own sense of self-worth.

Why didn’t he grow up with a regular family like other kids? Was he the unwanted result of an illicit affair? Perhaps the unfortunate offspring of a prostitute? Or maybe he had a mother and father who were so dirt poor that they simply could not afford to keep him? But no matter which scenario was true, why was it that no one at the orphanage had ever offered even the vaguest of answers to his questions? Making matters worse, after German fighter planes shoot down his P-47 in WW II, Roger doesn’t get sent to a regular POW camp. Instead, he becomes an unwilling guinea pig in a secret Nazi experiment. 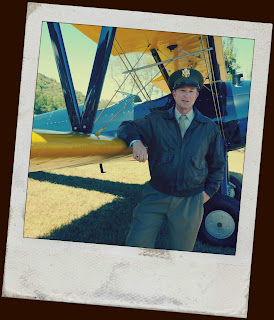 Roger’s romantic interest, Katherine, must also face questions from the past. I won’t reveal the plot, but many of those problems exist in the person of her one living relative, Uncle Kurt.

Failure to separate yourself from the past—mistakes, shortcomings, unwise decisions, whatever—makes you a victim. That attitude is like living with an enormous anchor shackled to one leg, and that anchor prevents you from achieving happiness and your full potential. But your life doesn’t have to be that way. You can learn from past mistakes. You can ask for God’s help in overcoming the source of unhappiness and plant your feet on a new path in life. God is an expert at redeeming lives and giving them new directions.

At this point, I don’t want to offer spoilers about my suspense novel and its dose of romance. What I can say is that both Roger and Katherine must face their past, each in his own way. The Methuselah Project packs a variety of emotions. Readers will alternately laugh, cry, share the characters’ frustrations, and fear for their lives. In the end, though, is that satisfying conclusion that makes the journey worth it all.

If you decide to read The Methuselah Project, I hope you’ll tell me. Better yet—tell others if you like it!

Are you a prisoner of your past? See what author @WriterRickBarry advises. (Tweet This)