Sandra Barnes: The Best Way to Enjoy the Holidays 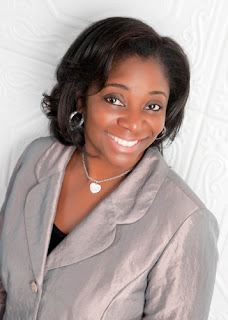 Everyone's Story gives a big welcome to fellow Elk Lake Publishing and YA author Sandra Barnes. I have so much respect for authors who reach out to teens and young adults who are in need of encouragement. In this fast-paced-world that glorifies change by the second, and often brushing aside faith and morals, Sandra Barnes is a strong voice to be read today. Please take the time to read her blurb, her words on the holidays, and reflect on what they all mean for you. Both Sandra and I look forward to hearing from you. 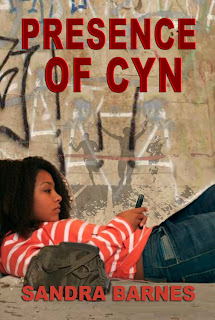 Blurb of PRESENCE OF CYN:

How can you win the race if you’re speeding down the wrong track?

CYNDRAY JOHNSON, a wild and unruly teenager, longs to become a track star but instead races against self-destruction. Falsely accused of a bomb threat traced to her cell phone, she’s expelled from St. Pious Christian Academy, ruining her chances of obtaining the one thing that really matters to her—winning a gold medal in the State Championship.

There’s a Life-Line for the Busy Holiday Season by Sandra Barnes
It’s going to be a great holiday season!
This week, as I perused articles, advertisements, and even social media, the one consistent theme seemed to be how to resist the urge of doing too much of one thing and not doing enough of something else. Lots of advice was dished out on how to not over eat, over spend, over commit, or plain ole over indulge-in-anything-whatsoever. Period.
The tips for the holidays didn’t end there. An even greater charge was inflicted upon those whose pendulum tends to swing to the other end of the spectrum during this season. The advice was for the individuals who just can’t seem to get into gear to do anything. The people like me, I suppose. The ones who get snatched into the ferocious whirlwind of feeling the need to do so much that they end of practically doing absolutely nothing. Just exhausted from the to-do list! 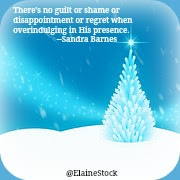 I really don’t like being in that awful place of having so much stuff that’s due that I don’t have enough days to deliver any of it anyway. Truth be told, even the most organized, diligent, well put-together person has been there. Like shopping for people we know and love (and some of them we just know … and like … a little bit) like the co-worker’s name pulled during the secret Santa gift exchange that you had to participate in to be considered a team player; making crafty gifts because it seemed more thoughtful at the time, but the directions outright lied when it said it would be inexpensive and you didn’t have to be crafty; yet you realize that you could’ve potentially saved 50 bucks and 50 hours of labor if you’d just gone to Walmart instead of giving a homemade gift where the recipient had to ask, “what is this?”; and what about scheduling Christmas photos, arriving on time and having to wait hours because the photographer has somehow gotten behind? When it’s finally your family’s turn, you pose with a perfect smile for each shot but have to retake every picture because somebody squinted, wasn’t ready, or was acting goofy, and when the family votes for the picture they want to purchase, you’re outnumbered because everybody (except you, of course) simply adores the photo where your smile happens to be too tight as you were warning them—between clenched teeth—that they had better behave this time.
Yes, the list is endless. And the flood waters can rise so high between decorating, hosting/attending parties, and gift wrapping that one could possibly drown before baking, visiting relatives and friends, writing letters, and sending cards. But wait! There is a life-line.
The advent season has always been one of preparation. For me, this time of year just naturally feels like I’m getting ready for something! When I was younger, the season seemed to be wrapped with hope and joy, excitement and anticipation. Seems those magical feelings that came so easily when I was a child have to be intentionally mustered these days. And quite honestly, I’m okay with that.
It’s a pleasure to put everything on pause in order to reflect upon how spiritually meaningful this season really is. I don’t mind stepping away from life’s hurriedness to honor the birth of Jesus. There’s no guilt or shame or disappointment or regret when overindulging in His presence. See, the joy of Christmas lies in knowing that He came, that He is coming again. Yes, it’s going to be a great holiday season!
Sandra's Ah-hahs To Tweet:

Sandra Barnes has traveled around the world, collecting stories. She loves multiculturalism, and she honors differences in her writing to illustrate the sometimes not-so-obvious similarities of all people. Sandra lives in Southern Maryland with her husband and two teenagers. When she is not writing or traveling with family, she spends considerable time counseling teens and advocating for social justice in mental health.

--I will soon launch a specially designed website that will incorporate Eveyone's Story blog. I hope you will follow me on this new site. When it goes live, I'll make the announcement!