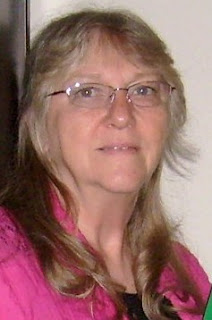 Everyone's Story welcomes author Sharon K. Connell. Sharon is an author's friend indeed, reaching out to us writers on Facebook with her encouraging and often funny tidbits, let alone giving new writers an opportunity to introduce themselves and their writing. And these are the same reasons why she's a perfect author for readers, gripping one's heart! Please join us on this countdown to Christmas day as Sharon shares with us some special stories that made her see how God fits into her life on a daily basis and do also check out her book trailer. Both Sharon and I look forward to hearing from you!


That’s me in a nutshell.

I write Christian/Romance/Drama with a strong emphasis on how God works in our lives. Through my own trials and tribulations, I have learned that God is always there. He never leaves His child alone; He encourages us, if we will only look to Him.

In my stories, I try to bring out that truth. My wish is to be an encouragement to my readers through the enjoyment of a well-told story.

A note of encouragement to all of you who would love to write: Just do it! Get the story on paper and then worry about the details later. I’ve heard this advice over and over. It works!

Also, to those of you who are going through trials and tribulations of your own, trust in a God who wants to help you.

Let me tell you about a day when I was feeling very down, I’d even say depressed, more so than I had ever felt before. I had prayed; I had pleaded. I had done everything I knew to do and still I felt horrible. I thought God had turned His back on me.

After dropping my daughter off at school, I headed for work. As I drove, I came to a stoplight. It was a long one. I looked over to the grassy area between where I sat in my car and the expressway. Suddenly the sun came out from the clouds and shown on the wet grass.

In that instant I saw a drop of dew on the tip of each blade, rainbow colors, looking like a field of diamonds stretched out before me. It made me smile, and then I laughed. The diamonds sparkled until the light turned green and I had to drive away.

When I arrived at work, I thought about those “diamonds,” and how my depression had been lifted in that moment. I know that God was telling me, “I love you and you are not alone. I have so much more to give you.” The diamonds were a gift, especially for me, from my Lord.

Now I can’t even remember what my depression was all about that day, I only remember how very down I felt and how uplifted I was after seeing my field of diamonds, as I call it.

A few years later, moving to Pensacola, Florida from Des Plaines, Illinois, I experienced another moment when I realized God was watching over me. All my worldly possessions were packed in two vehicles and a moving trailer, pulled behind my son, Ron’s car. All through our journey in the rolling hills of the Smokey Mountains at night, we had been playing leapfrog with a horse trailer. He’d pull ahead of us, and later we’d pull ahead of him.

Just as my son had pulled in front of me and was behind the horse trailer, climbing one of the hills, my car started to slow down. My son did not see that I was falling behind. He also did not hear my horn. Eventually I pulled onto the shoulder of the interstate and the car died. I thought my ten-year-old daughter and I had been left behind, alone on the road, in the dark. I feared we would be sitting there for a long time before Ron could find us. There were no other cars on the road in either direction. After a few minutes, I saw the taillights of my son’s car as he drove backward along the shoulder.

Ron got in my car and it started. We switched cars and continued driving. After a while, he pulled in front of me and drove off onto an exit. When we stopped at the end of the ramp, he told me that the car seemed fine now. He had no idea what had caused it to stop.

We got back onto the Interstate and a little ways down the road we caught up to the horse trailer. It had been hauling cows and was tipped over onto the median strip. Another car, obviously one that had entered the road after we pulled off the interstate, had cut him off.

Upon arrival in Pensacola, I realized that God had taken us off the road so that we would not be involved in the accident. Praise God for His loving kindness.

@SharonKConnell shares stories on how God surprised her a couple of times. (Tweet This)


@SharonKConnell: This Christmas week, what can you conclude about how God has moved in your life? (Tweet This)

Sharon K. Connell, by birth a Wisconsin “Cheesehead,” grew up and went to school through college in Illinois. At one point in her life, she felt that God called her to be a missionary and moved to Pensacola, Florida, where she graduated from the Pensacola Bible Institute.

In 2005 Sharon caught the writing bug and never stopped en route to Houston, Texas. She continues to write stories about people who discover that God will only allow those things into one’s life that will help grow and or increase one’s faith. Sharon’s prayer is that God will use her writing to bring honor and glory to Him, to reach others with the Gospel, and to encourage others regardless of what they might be going through.

Places to connect with Sharon:

--Just putting the finishing touches on my new website that will incorporate Eveyone's Story blog. I hope you will follow me on this new site. When it goes live, I'll make the announcement!