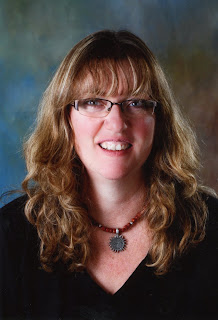 Tracy Krauss is our new guest this week on Everyone's Story. Tracy describes her novels as "Edgy Inspirational Fiction"but what stands out about her books is her independence and courage to write the story she wants to write and not worry about the market... write it and the reader will come! And because of this, Tracy is my new hero. A mom of four children, she has mastered the art of juggling a career and family, and in addition to publishing fiction (she was a finalist in the Indie Excellence Book Awards), she is also a playwright, artist, and teacher.


~*~Tracy is graciously offering one printed copy of her novel PLAY IT AGAIN to one randomly chosen commenter. She looks forward to hearing from you. And as always, I'd be pleased if you could Follow this blog.~*~ 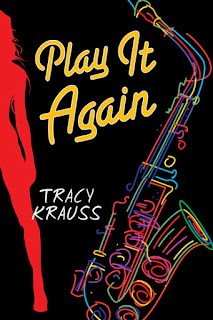 Short blurb about PLAY IT AGAIN


An unlikely duo meet in Play It Again, a story of love, life and faith. Sparks fly when an ex-rock and roll junkie and a stuffy accountant rendezvous at a local resort, but neither are prepared for the emotional entanglements, family complications, and threat from the past that unexpectedly resurfaces. Set in the 1980s, this story brings two opposing forces together in a clash of romance and danger, while its musical undertones highlight the theme that God can turn anything into beautiful music. Play It Again is the much anticipated prequel to Tracy’s debut novel And the Beat Goes On. Find out where Mark Graham’s journey began in this, the story of his parents.

Looking Rejection In The Eye by Tracy Krauss

I often cite the birth of my first daughter as the beginning of my writing adventure. It was during this time, about twenty-six years ago, that I sat in front of an old typewriter I had borrowed from my mother and began my first novel. I looked forward to my baby’s naptime each day and savored those few hours alone with my imagination. It took me years to finish that first book, writing in those precious snippets of time, and when it was finally finished it was … well, it was terrible.
I can admit that now, a couple of decades and a few hundred rejections later.  At the time I thought it was brilliant and figured the first publisher I sent it to would snap it up as the next great breakout novel. I’ve learned a few things since then. When I think about it now, I can’t believe how naïve I was. Now that I have several published works under my belt (three novels, two stage plays, plus a couple of magazine articles) I know that an author never stops growing and learning. There is always room to improve your craft and admitting that is the first step to success.


I got to thinking, though, that my obsession with the written word goes a lot further back than I normally recount. I wrote my first full-fledged stage play when I was in Grade Four, based on a book called Ghosts Don’t Eat Sausages by Marion Koenig. I was so absolutely thrilled with this book that I wrote a play and then convinced about ten of my friends to act it out at recess. In those days, there were no photocopiers, so I actually had to handwrite each person’s part out multiple times so that they could each have their lines. I guess this goes to show how excited I was about the whole idea. In any case, our teacher saw us rehearsing recess after recess and when she found out what we were doing, she arranged for us to use the school auditorium. It turned out so well that she then arranged for us to perform at the next school assembly.


This was my first foray into the role of writer/director and I have since gone on to write, produce and direct numerous plays in my capacity as a high school drama teacher. I’m proud to say that two of my plays have been picked up by major theatrical publishers, but I really owe a lot to Mrs. Sullivan, my Grade Four teacher, for seeing the potential in what I was doing and then encouraging me to make my dream a reality.
It’s this kind of support that every writer needs at some point or other. Sure, there is going to be lots of rejection. Get used to it. It’s inevitable and it’s one of the best ways to grow as a writer. But somewhere along the line we all need someone to say, “You’ve got something here. This is worth something.” This glimmer of hope is what keeps us writing.  I was hurt after my first novel was rejected, but I also recognized the truth in much of the feedback I was getting.
Author bio
Tracy Krauss is a high school teacher by profession, and a prolific author, artist, playwright and director by choice. She received her Bachelor’s degree from the University of Saskatchewan and has gone on to teach Art, Drama and English – all the things she is passionate about. After raising four children, she and her husband now reside in beautiful Tumbler Ridge, BC where she continues to pursue all of her creative interests. Her first two books, AND THE BEAT GOES ON (2009) and MY MOTHER THE MAN-EATER (2010), were both nominated for the ‘Indie Excellence Book Awards’ for religious fiction. A third novel, PLAY IT AGAIN, the much anticipated prequel to her first book, released in 2011.