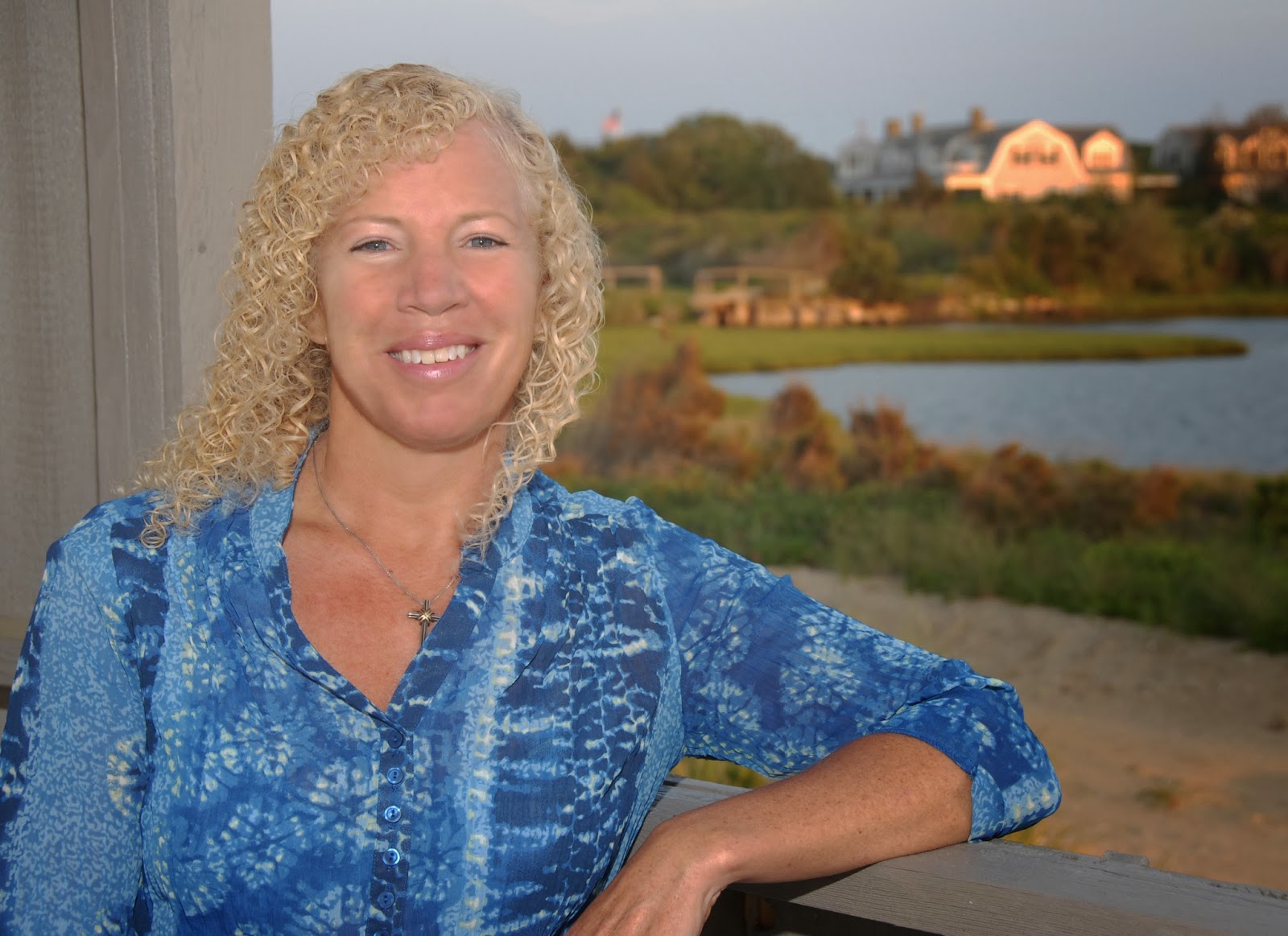 Everyone's Story welcomes the sweet Lisa Belcastro. What does a reader, who is searching for a dreamy read to whisk her or him away from today's worries, find? Novels by Lisa Belcastro! Lisa is one of the loveliest, strongest, and most incredible women I know: she pens beautiful stories, stands strong during difficult times, and runs marathons in every US state. And what's her secret source of stamina? Lisa shares her secret below, as well as offers two of her novels as a special giveaway package. Plus, check out her excerpt. Both Lisa and I look forward to your comments.

Book Giveaway:Lisa is offering both SHENANDOAH NIGHTS and SHENANDOAH CROSSING, Books 1 and 2 of the WINDS OF CHANGE series (great reads!) to one randomly chosen commenter. The winner will be announced here on Friday, March 14th, between 5-6 PM EST. For convenience, please leave your contact information within your comment. Thanks!

Rebecca turned to face the captain. “Ready. How do I look?”

When she heard his sharp intake of breath, her fears evaporated like drops of water on hot pavement in the summer sun. His eyes roamed over her body. She fought the impulse to cover herself. She suddenly felt naked under two hundred pounds of cloth. She raised her head and met his gaze. Her heart plunged to her stomach. He was devouring her with his eyes.

“The dress does not do you justice, Mrs. O’Neill.”

“Mrs. Reed,” Rebecca corrected, hoping desperately to divert his attention from the dress.

“I stand corrected Mrs. Reed. Now turn about so I may fasten the laces.”

Rebecca felt Ben’s hands moving up her spine, his knuckles resting on her back as he stretched and pulled the laces together. Why in blazes does the barest touch, through cloth nonetheless, send my heart racing?

Rebecca lost all focus when Ben’s fingers reached the top of the dress and brushed across the base of her neck. Before she had time to recover, Ben drew his thumb over her skin along the edge of the dress. She struggled to catch her breath.

“Relax, Mrs. Reed.” His words caressed her skin as he spoke. “Lift your hair so I may tie these off.”

He is torturing me and surely knows. If I live through this day, I’m going to kill him. Rebecca’s silent vow brought a small amount of satisfaction.

Ben spent an eternity tying the bow, and then lazily, ever so softly, dragged a finger up her neck to the base of her hairline. Rebecca sucked in her breath and dropped her hair. She thought she heard him stifle a chuckle. He leaned closer and whispered, “You have beautiful hair. I can’t get the smell of it out of my mind.”

As he eased back, he ran his fingers through her hair and turned her around to face him. Rebecca was certain every emotion she felt would be reflected in her eyes.

He grazed his thumb over her cheek, never taking his eyes off of hers. There was such tenderness in his touch. Rebecca wanted. She didn’t know what she wanted. Something. Something to. To what? She felt Ben take her left hand, running his fingers over hers and turning her grandmother’s ring around her finger. She thought of her parents and her grandparents, how happy their marriages had been, and she wondered for just a moment if she could be as happy with Ben. Her eyes misted over and she reached up with her right hand to brush away a tear. Ben practically threw her hand from his.

“I’m sorry,” he said while moving away from her. “I did not think.”

Rebecca had no clue what he was talking about, but she felt the chill whip through the cabin as Ben changed once again into her warden/captain. She held back the sobs pressing to be released. She searched his eyes and saw remorse and, maybe, shame. What had happened?


Why I Seek God’s Will by Lisa Belcastro

Have you ever had a great idea for a book, started the story, and then had life interrupt your progress? I mean the kind of interruption that stops you in your tracks, knocks you off your feet, and makes you want to hide under the covers for the rest of your life?  Me, too!

A few years ago, I had signed my first book contract with OakTara Publishing. They bought one book, Shenandoah Nights, and asked if I could write a couple more to have a trilogy. Like most aspiring writers, I’d agreed wholeheartedly and set out to complete the task.  I was on chapter four of book two, going along with my life, thinking I had everything fairly under control, when I found myself on my knees at the foot of the cross.

My past, the pain from childhood, and the many poor decisions I’d made since then all merged to crush me at the same time. My pastor suggested I go away on a spiritual retreat. Go away? I didn’t have time to go away! I had children to care for, bills to pay, school and church activities I’d volunteered for, and a couple of books to write. I couldn’t afford to take time for myself.

After a week of tears, screams, and agony, I signed up for a two-night, three-day silent retreat. Driving to the Get Your Life Together Center, I listened to a CD my brother had given me weeks earlier.  Even though my brother hadn’t told me, I knew that I wasn’t going to like what was on the CD.

Sure enough, my estranged father’s voice boomed out over the speakers. The recording had been done while he was speaking at an Alcoholics Anonymous meeting. Minutes before he had a heart attack. Seconds before he died.

I listened to all thirty-two minutes and forty-six seconds of his talk about his life. I didn’t hear him fall on stage. I didn’t hear anyone call 911. I didn’t hear the words I longed for and so needed to hear. When I parked my car at the retreat center, I was soaked in tears.

I felt a strong nudge to write down my thoughts. After checking into my room, I grabbed a pen and notebook, and headed out to the waterfall garden. Sitting in the sun, water rolling gentling over rocks, flowers blooming all around me, I wrote the words that were constricting my heart:

“I cannot tell you the moment my father took his last breath. I can tell you, with absolute certainty, that my father did not utter a breath about me. No memory. No regret. No apology. If you had heard him speak that night, or if you listened to the recording, you would not know he had a daughter.  You wouldn’t know I existed. I was not worth mentioning. In my father’s half-hour speech, he confirmed what I had believed for the last thirty-three years: I am nothing. Not worth mentioning. Worthless.”

Forty-eight hours later, I left the retreat with dozens of pages written. Another “nudge” told me to keep writing and put what I learned into a book. I heard that voice nudging me for weeks. I did my best to ignore it. After all, I write romance novels. I had no desire, absolutely none, to write about my past. I’d buried it for a reason, thank you very much!

I went back to work on book two, Shenandoah Crossings. Only one problem, I couldn’t think of anything to write. My story was stuck on chapter four. No matter how much I pleaded with God to give me the words to tell a good story for Him, nothing came . . . except the voice telling me to write my life story. I hated that voice!

After a month of getting nowhere on Shenandoah Crossings, I gave up. I went back to that notebook from the retreat, and delved into my past. I journaled every thought, feeling and experience.  For six months, I revisited every nook, cranny and corner of my past. I invested another six months writing So Long, Someday: An Abandoned Daughter’s Journey to Healing.

I won’t tell you it was easy, but I will tell you it was the most rewarding year of my life. There are still bumps along the road of life, but I know whose I am now. I know without a doubt that I am a loved and cherished child of God, a daughter of the King, a princess nonetheless. With this knowledge filling my heart, I completed Crossings and the third book in the trilogy. The first two books in the Winds of Change trilogy were released last year. Shenandoah Dreams is scheduled to hit bookstores this summer.

As for So Long, Someday, I entered the manuscript in Thomas Nelson’s Women of Faith novel contest last year. Out of five hundred entrants, I finished in the top ten. I’ve got one more edit to go through, and then I’ll spend time in prayer deciding if and who to submit the finalized copy to.

As a writer and a believer, I learned a valuable lesson throughout the process of drafting So Long, Someday: before I can write any story, I must first seek God’s will for my life and then try to follow it to the best of my ability.

Can anyone else relate?

Author Lisa Belcastro on Everyone’s Story: what happens when life gets in the way with writing? (Tweet This)


Stories that will whisk you away: Lisa Belcastro’s #BookGiveaway of #ChristianRomance (Tweet This)

Author's Bio:
Lisa Belcastro lives with her family on Martha’s Vineyard.  She loves chocolate, reading, writing, running, working in her gardens, including weeding, and almost all outdoor activities -- as long as the temperature is above sixty degrees! Being on or near the water is pure joy for Lisa.

When she’s not at her desk working on her next novel or writing the cuisine column for Vineyard Style Magazine, Lisa is volunteering at her daughter’s school, serving in her church community, gardening, trying to run a marathon a month, or walking the beach with her husband looking for sea glass.