Nicole Quigley: The Importance of YA Christian Fiction 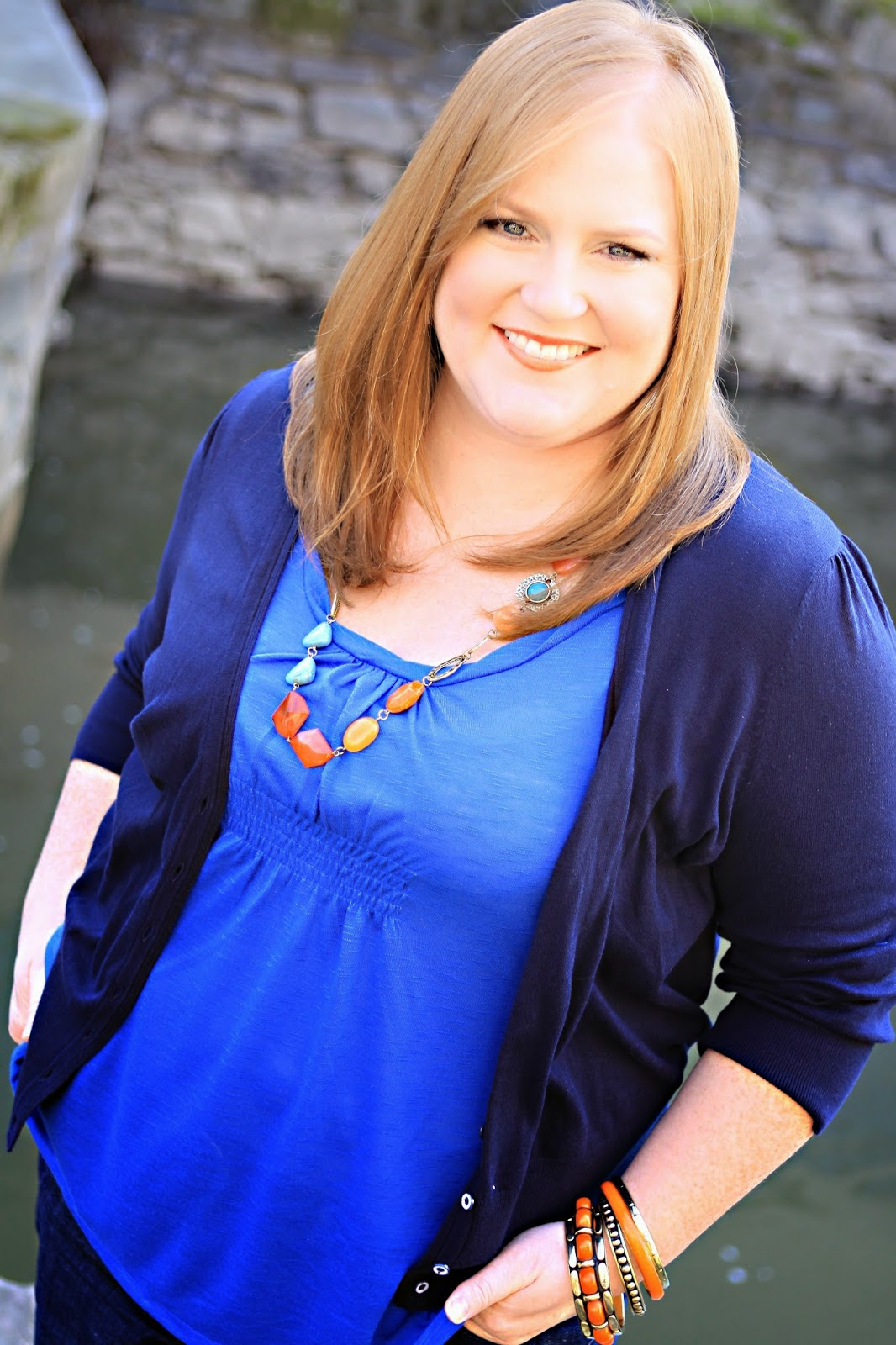 Everyone's Story welcomes Nicole Quigley, whose debut novel, LIKE MOONLIGHT AT LOW TIDE, won the 2013 ACFW Carol Award for the young adult fiction category, two years after winning the 2011 ACFW Genesis Award in the same category for unpublished authors. Talk about an exciting 2 years! What a blessing, Nicole! Congratulations. Yet, what also catches my  attention are the grittier topics that Nicole highlights in her novel and why publishers are now interested in them. Visit with Nicole this week as she shares an excerpt from her novel and answers a few questions. Also, check out her Book Giveaway offer. Nicole and I are looking forward to hearing from you.

Book Giveaway:Nicole is offering one copy of LIKE MOONLIGHT AT LOW TIDE--no restrictions to international entrants-- to one randomly chosen commenter. The winner will be announced here on Friday, March 21st, between 5-6 PM EST. For convenience, please leave your contact information within your comment. Thanks!

ZONDERVAN
Like Moonlight at Low Tide
Copyright © 2012 by Nicole Quigley

People never ask me the right question when they ask me what happened the beginning of my senior year. They always ask what his last words were. They figure he would have had great ones, the kind that would haunt a girl and echo off of empty lockers long after graduation. They wait breathlessly for me to describe the moment he jumped off the boat and into the glass-topped Gulf, cutting the ribbon of moonlight on the surface with the white of his arms.

“Surely he was trying to kill himself,” they’d say. “Why else would he leap into the water without the hope of rescue?”

And so I tell them what they earnestly hope to hear. How I searched desperately for the bob of his head in the water. How I jumped in myself, swimming fifteen feet until I felt the absence of the boat behind me, the vessel leaning away from the edge of the bay and into the dark, magnetic waters of the deep. They want to hear how hard it was to make my way back to the boat, and how, by then, the storm was beginning to unleash its rage. They want to hear how I scoured the cabinets for a radio and failed. How I searched for a flare gun but found no rescue.

And when I tell them of all of these things, they never ask — and I never mention — that I did all of them in complete silence.

The truth is, he said nothing before he jumped. And I never called his name, not once. I knew that he had plunged into that water so that he could not be found.

When the sheriff pulled his boat next to mine, he spoke the first words I had heard in hours. He lifted me from beneath the captain’s console, where I had waited with my knees tucked under my chin. That was the evening Hurricane Paul swept through our state.

This story is not about suicide. But you should know that when I was seventeen, the only boy who ever called me by my full name took his own life. It was the first time I ever saw a mistake that was permanent, that couldn’t be undone with whiteout or atoned for with an after-school detention. Nothing else I do for the rest of my life will ever be able to change this fact.

This story is actually about three boys. One who loved me. One who couldn’t. And one who didn’t know how.

My name is Melissa Keiser, and I was raised on Anna Maria Island, Florida.

The best description of the place I can provide you is a temperature: eighty degrees. It is not always eighty degrees on the island, but the humidity looming off the white foam of the Gulf of Mexico combined with the faint, sickly sweet emission from the orange juice factory always seems to make the place feel like it’s been wrapped in a warm blanket, just soft enough to make you feel safe or sleepy, but always feel slow if you tried to move too much within its folds. In truth, it is the most beautiful beach town I have ever seen. And then the breeze comes and reality finds you hiding behind a sand dune.

The Anna Maria I’m writing of is not the same island that you would see if you went online and searched the images posted by Yankee tourists and gray-haired Canadians. Those visitors love the island as much as anyone who has never suffered here can. They post pictures of things like starfish and sandcastles and pelicans at sunset. They marvel at the brightly colored flowers that seem to grow from the ditches like weeds, and the waist-high herons, and the restaurants grilling grouper underneath tin-roofed sun decks. This is, after all, a place overflowing with such abundant beauty that its residents actually chased off native, jewel-colored peacocks to the neighboring cities because it deemed them a nuisance. Only an island sure of its place among beach towns could afford to do such a thing without regret.

But pictures of these things don’t show what life was like for me or for the others who walked these streets that year. To the tourists, we are points of curiosity. They wonder what it would be like to raise their children in a place where the speed limit is twenty-five and the town shuts down for the high school football game. And we oblige to tell them and show them how to pick up crabs with their bare hands. This is what happens when you’re surrounded by people who visit for two weeks at a time, intent on happiness, always reminding us of how wonderful the island is compared to where they live, because where they live is lucky to have a city park and a tree that has kept its leaves. But when the conversation ends, we never make it into their pictures.

In the time since I was a child, those tourists have slowly razed the neighborhoods of my youth, house by house, in order to build pink, tall homes in their place that people like my family could never afford to rent. But that was never the point. Now, their new winter domains sit empty six months out of the year, while locals move to the concrete mainland in search of cheaper rent. It is an odd thing, to love these visitors and to depend on them for supper, while at the same time knowing the more who come will mean less room for us.

But I am writing of the island not pictured on Google, the one that still harbors the necessary number of the working class who have found a way to make a home on a seven-mile stretch of paradise without the rich folks noticing.

Why YA fiction? What lures you to write and read this genre?

YA is super fun to read and write. YA characters are new to their worlds, and inevitably they challenge me to see the “same old” scenes through new eyes. They also tend to feel more intensely than older characters. When you’re young, even boredom can feel so intense that it becomes unbearable. When you combine the two together, you get a fresh perspective with high emotional stakes. That’s what I call a great read.


I write YA because nothing could be more meaningful to me than to connect young adults with the truth of who God is and who He says they are in Him. I try to write for the 17 year-olds who need to know that they’re not alone—the kids who are too smart for hackneyed answers to the problems they’re facing but who are still hungry to find the truth about what their lives could be.


Your 2013 Carol-award-winning novel, LIKE MOONLIGHT AT LOW TIDE revolves around the plot points of bullying and suicide while interwoven with faith. While these subjects are magnets toward my attention, both Christian fiction publishers and readers have stayed away from these plots in the past. Is there a change happening in the Christian market these days? Did you have difficulty initially selling this novel because of these elements? If these topics are your passion, had you once considered putting them aside to write a “more sellable” novel?

I have to smile at this question because it wasn’t long ago that the thought of selling a novel was so far beyond my notion of reality that it never would have occurred to me to write in order to be “sellable.” I wrote Like Moonlight at Low Tide because I couldn’t not write it. It had to come out.

I start every writing session with prayer, and I ask God to help me be obedient to tell the story He wants me to tell. I know that there are times I’m not going to get it right. I just place it in His hands. While it might be smarter for me to start by thinking about making the WIP “sellable,” my process starts with the story, or a scene, and a feeling I can’t shake about it. I don’t feel like I create story ideas. I feel like I take dictation.

I think the reason Christian publishers are willing to take more risks in the range of works they publish now is because of the great titles that have come before us and opened up the shelf space, built audiences, and really created a marketplace for Christian storytelling.

If you look at the roster of titles from Zondervan (Blink), as well as other great publishers, like David C. Cook and WaterBrook Multnomah, you’ll find titles books that go way off the map. They’re publishing works that go very deep, are very relatable, and still offer tremendous hope.

You have a strong public relations background. What were the pluses and minuses when it came to writing fiction?

My PR work has taught me about the mechanics of building a story, and about the tough love process of being edited. I also learned how to face rejection. Sometimes the story doesn’t work. You shake it off, and you build the next one. The rule is always the same at the end of the day: keep pitching. The reward of seeing a story come to life is worth all the hard work. It’s a thrill that never gets old.

Thank you for asking! I have a new manuscript in the works, but I’m not ready to discuss it just yet.

Nicole Quigley on Everyone’s Story: why writing YA fiction for the Christian market is important. (Tweet This)


Nicole Quigley is the author of Like Moonlight at Low Tide, which won the American Christian Fiction Writers 2013 "Carol Award" for best young adult fiction, as well as the ACFW's "Genesis Contest." For more than a decade, Nicole worked as a public relations adviser in Washington, D.C. She holds a B.S. from Appalachian State University, where she majored in Communications and Public Relations and minored in English. Nicole resides on Florida's Gulf Coast.