Rachel Phifer: Why We're All Special 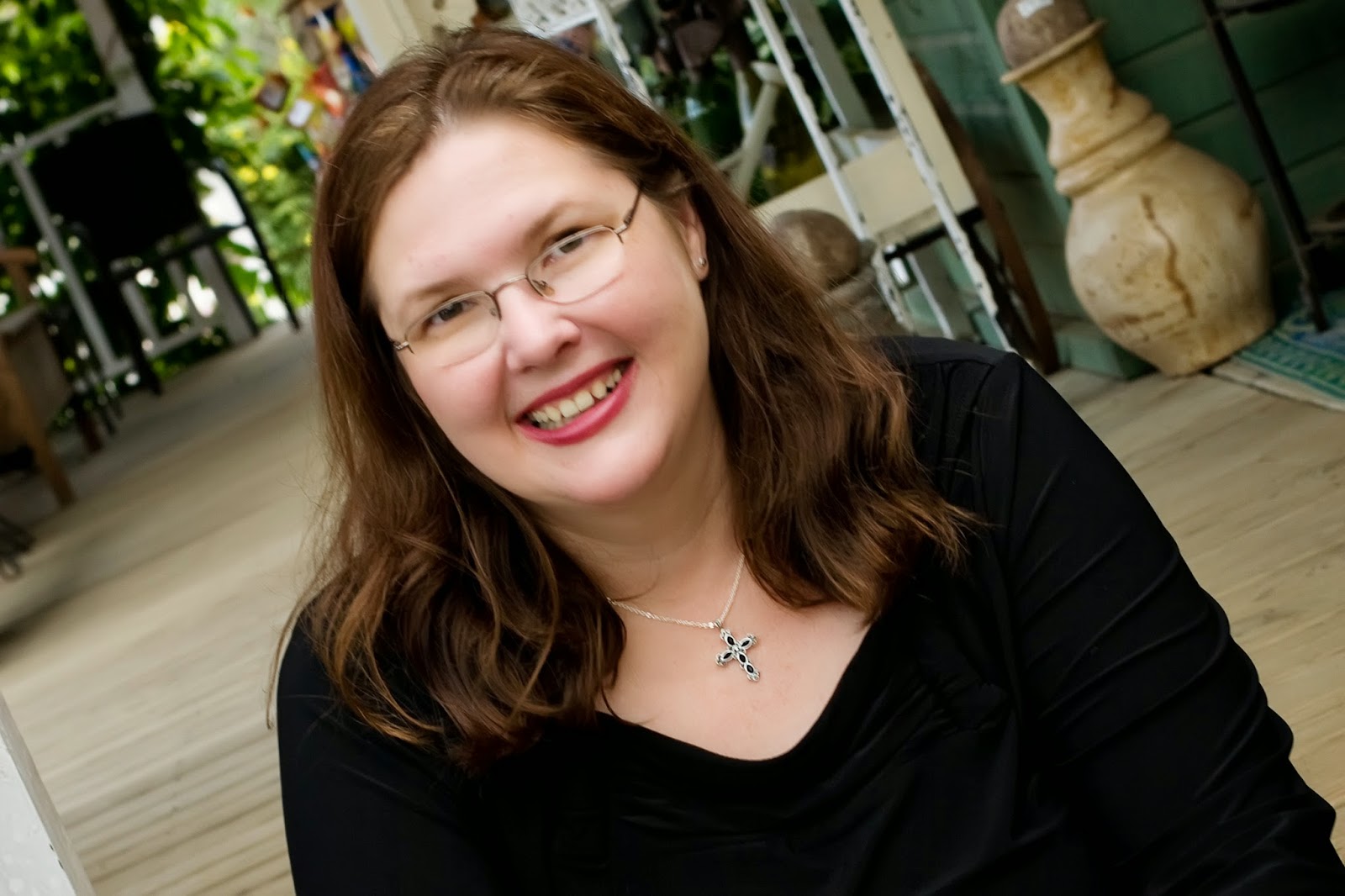 Everyone's Story welcomes Rachel Phifer as its guest this week. When I first met Rachel at an ACFW conference I was awed at her sereneness considering the excited atmosphere. This week she shares with us a continued sense of peace when she poses the question of whether each one of us are special and why. I've read her piece several times and always finish it with a warmth of acceptance, which I believe we all crave. I'd like to know what you think after reading Rachel's words. Rachel is offering a BookGiveaway of her novel THE LANGUAGE OF SPARROWS, which you can check out an excerpt from below. Rachel and I look forward to hearing from you.

Book Giveaway:Rachel is offering one copy of THE LANGUAGE OF SPARROWS to one randomly chosen commenter. The winner will be announced here on Friday, April 4th, between 5-6 PM EST. For convenience, please leave your contact information within your comment. Thanks!


Excerpt from THE LANGUAGE OF SPARROWS:

THE LANGUAGE OF SPARROWS by Rachel Phifer

April knew she’d find her daughter close to home. That’s why she didn’t search the streets of Houston when the school called this time. And as expected, she found Sierra sitting in the apartment courtyard with her back against the willow tree. Oblivious to the cars speeding by and the crowded apartments surrounding her, she wrote in a notebook with utter concentration.

It wasn’t until Sierra noticed her blocking the light that she glanced up. They looked at each other for what seemed like a long minute before Sierra spoke. “I couldn’t stay there, Mom.”

As she lifted her face to the sun, it took on a quality that didn’t belong on a fifteen-year-old. April lowered herself to Sierra’s level, taking a moment to balance on her pumps. “You couldn’t stay in school because …?”

Sierra sent her a pleading look.

“It’s not like my old school. There aren’t any windows in most of my classrooms. It’s so dark.”

There it was—the best explanation her daughter could offer for skipping school. Again. Sierra, with her knowledge of languages. But she never could seem to find the words she needed most.

As they talked, Sierra’s hand kept moving across the notebook in her lap. Writing by touch and not by sight, she guided the pen right and then left, then down. Every now and then she’d stop to hem a section of her strange script in black boxes.

“Baby, you’ve got to talk to me eventually.”

“I am talking to you.” But Sierra looked into the distance, tracking the movements of a cat, a blur of white that leaped from balcony to balcony. And her pen still moved.

April tried not to hate the symbols on Sierra’s page—Hebrew, Greek, an occasional column of hieroglyphs. Pages of archaic languages were absorbing more and more of her time. The girl had filled reams of paper with ancient words since they’d moved.

April sighed. Only on the news did people disappear in an instant. One minute a girl was walking to her bus stop. The next she was gone. Cable stations broadcast the missing child’s photo nationwide. Crews searched the woods. Everyone mourned when a child disappeared in a flash.

Not so the slow disappearances. No one called a press conference when Sierra’s grades began plummeting, when she dropped each of her friends one by one or refused to make new friends when they moved to Houston. The alarms on the school doors didn’t go off when she left in the middle of the day. The policeman at the front entrance didn’t even notice her leaving.

Only a computerized phone call alerted April to Sierra’s skipping classes at all.

There was no need to make threats or offer encouraging words. April had tried them all since they moved here last January. And Sierra was smart enough to understand the risks of skipping school—the danger of the streets where they lived, the potential failure to graduate, trouble with the police.

Instead of the old standbys, April looked through Sierra’s letters until she found a familiar one—a hieroglyph in the shape of an eye. “I see you, baby.”

That caught Sierra’s attention. She looked directly at April and blinked.

The school might not notice Sierra’s disappearing act. Maybe friends were nonexistent. Sometimes it seemed that God Himself had found someone more newsworthy to save. But it was impossible to disappear with a witness.

April underlined the hieroglyph with her index finger. “You are not invisible. I would have seen you walking past me if I’d been at the school. I see you, Sierra. Okay?”

When God Calls Us By Name by Rachel Phifer

Sometimes it’s dramatic. It comes in a blinding flash of light, and God asks you to give up everything you’ve known. Sell your possessions. Go to China. Know that He is God. And know nothing else. Your life looks like it belongs in the Book of Acts.

Truth be told, we don’t see enough of that. My life certainly has never looked like it belonged among Peter and Paul’s stories, and it’s probably due to my own lack of faith.

And yet, so often, when God calls your name, it’s a quiet whisper. He delivers a simple reminder that He knit you together. He made you for a purpose. It may be a quiet purpose, but it fits you like a glove.

Recently I had the opportunity to take a tour of a research lab where DNA gets modified. There were little petri dishes with microscopic cells floating in them. With the injection of a single new gene, healthy cells became cancerous or cancer cells became healthy.

The lab manager showed us a DNA construct with the letters identifying it. Since we were all non-scientists, she explained it in simple terms. “My name is Samar. My name tells who I am. But suppose, we change a letter of my name. Suppose I take out the “r” and replace it with a “t.” Samat does not have the same identity as Samar. Samat behaves differently than Samar.”

And I couldn’t help but think of the special name God has given us in the Book of Life. Perhaps it will even look similar to the name we already knew – encoded in it might be the same talents, the same appearance, more or less the same personality, the same history. But when we turn to Him for our identity, He alters our DNA by a smidge or by a yard, and we find there’s a brimming-over of life, which we didn’t have before. We are redeemed to be everything He created us to be.

Last week I picked up writing after weeks of not being able to get to it. And I hate to say it. It sounds too lofty. But with each word I typed, each phrase I edited, I felt God’s whisper. This is who you are. This is how I made you. Why have you stayed away? I have something for you to do here. I can meet you here.

What is it for you that brings God’s whisper –I breathed this joy into you when I breathed life into you?

What good thing did God give you to do to build up His kingdom? God made each saint unique in their saintliness, after all. He gave each one of us our own story. So our call may involve a lot of self-sacrifice. It may be all joy. But you’ll know it’s you He’s calling because whether God comes to you with a mighty trumpet blast or by tiptoeing quietly into your life, He’s called you by name.

Author Rachel Phifer: How do you know when God is calling you? (Tweet This)


Rachel Phifer challenges you: Do you think you’re special? (Tweet This)

Author's Bio:
As the daughter of missionaries, Rachel Phifer grew up in Malawi, South Africa and Kenya, and managed to attend eleven schools by the time she graduated from high school. Books, empty notebooks and cool pens were her most reliable friends as she moved from one place to another. She holds a B.A. in English and psychology, and lives in Houston with her family.

Email ThisBlogThis!Share to TwitterShare to FacebookShare to Pinterest
Labels: Author Rachel Phifer; why we are unique in God's eye; The Language of Sparrows