Ian Acheson: Should We Make The Writing Happen? 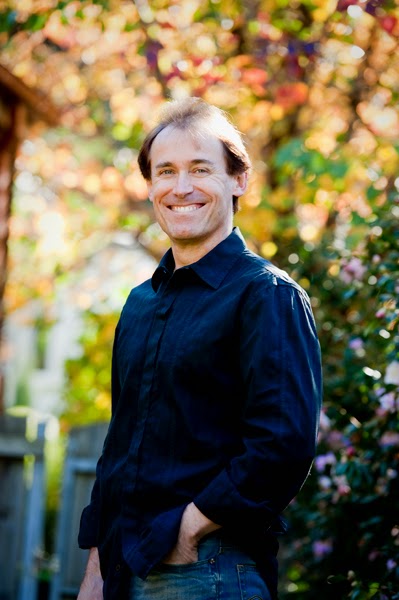 Everyone's Story takes great pleasure in welcoming back author Ian Acheson, who is now an award-winning author. To say that I always learn valuable lessons and am uplifted in encouragement by my guests is an understatement, and that is one of the reasons I'm glad Ian has accepted my invitation to visit with us once again. Please say a hello to Ian, check out his BookGiveaway, the blurb on his novel ANGLEGUARD, and his special message. We're both looking forward to hearing from you.

Book Giveaway:Ian is offering one copy of his novel ANGELGUARD to one randomly chosen commenter. The winner will be announced here on Friday, June 27th, between 5-6 PM EST. For convenience, please leave your contact information within your comment. Thanks!

And to entice you more, here's a blurb to ANGELGUARD that was recently awarded a 2014 Selah Award in the Speculative Fiction category:


Within a period of weeks, three horrific bomb blasts devastate areas of London, Los Angeles and Sydney. No explanation is offered, no victory claimed for these acts of terror. Yet behind the scenes a Machiavellian European businessman is planning to bring the G8 nations to their knees for his own larcenous purposes, aided by the dark forces to whom he has sold his soul. Jack Haines, an Australian academic, is grieving the loss of wife and children in the Sydney blast. Against his will he finds himself thrown into a war that transcends the physical world, a conflict in which angelic guards have a special mission for him. This is a gripping novel of the unseen forces that throng our world.

Read an excerpt of ANGELGUARD on Amazon

I learnt independence at an early age. I got myself around by walking and catching public transport (as early as 10 years old), and entertained myself in my own worlds of sports and stories.

“Many people view dependence as a despicable condition, so they strive to be as self-sufficient as possible.”1

Yep, that’s me. I’ve prided myself on my self-sufficiency.

It reminded me of some other words Sarah Young wrote in “Jesus Calling”:

“In the world, dependence is seen as immaturity. But in My kingdom, dependence on Me is a prime measure of maturity”2

As is so common with matters of God, He turns upside down what the world accepts as reasonable.

Self-sufficiency has become habitual for me. And that’s a problem. I’ve been grappling writing the follow-up to Angelguard. When I wrote Angelguard the fundamental story just fell out of me. My major struggle was with the “craft” which often kept me at the editing table. Even the re-writes prompted by my editor came relatively smoothly without too much teeth grinding.


But Wrestling with Shadows has been a different story. I’ve worked through many different outlines, raced down many tracks expectant that the story would gel, only to find I’d found myself at a dead end once again.

“Do you want to be a writer or just somebody who wrote a book once?” (Tim Grahl)

The discouragement continued to grow and I found myself troubled by thoughts similar to Tim’s above.

So what did I do? I went seeking answers, to solve the problem myself. Do more research, study new writing methods, you name it.

But none of that worked.

A common belief amongst we authors is that God has called us to this vocation, irrespective of whether it becomes a career.

Dallas Willard in reflecting on one’s calling in respect to Jesus statement, “For my yoke is easy and my burden is light” (Matthew 11:30 NIV) says the following:

“ … the great temptation is to try to make it happen, whatever it is. We don’t make it happen. We turn it loose. Whatever we are doing for the Lord, we let Him carry through with it. We do our best, but we don’t trust our best. When you start trusting your best you think the solution is to work harder, and that is never the solution.”3

My independence has always been a way I’ve stayed in control. Letting go has been difficult for me in many aspects of my life. But that’s not living the “easy yoke” lifestyle. Jesus wants us to live a lifestyle based on surrender. He demonstrated this for us when He lived as a human all those years ago.

“This is not My way for you! I designed you to need Me continually – and to delight in that neediness.”4

So what did I do with the manuscript?

I put it down for a little while as I cleared my mind. But it wasn’t long before the Lord nudged me to pick it back up and start involving Him more in the process.

I soon identified some fundamental flaws in the story’s structure (“Of course that’s why that ended in a dead end. Why didn’t I see it before?”)

Have I got my groove back? Not fully but I’m now trying not to stress about it and give it over continually to the Lord. I believe God loves the collaborative process. If we’re writing for Him, then He’s joined us in the process. If we’re depending on our own abilities, we might achieve our goal, but the outcome within our hearts isn’t going to be nearly as significant.

What do you do when you get stuck with something you’re writing? How do you keep yourself in a dependent state?

An Author Prompted By God-Moments

An Author's and Character's Take On Spiritual Warfare

Speculative fiction author Ian Acheson: is self-sufficiency good for the writer? (Tweet This)

Ian Acheson on Everyone’s Story: whose ability are we relying on with our stories? (Tweet This)


Ian Acheson is an author and strategy consultant based in Sydney, Australia. Ian's first novel of speculative fiction, Angelguard, is now available in the US, UK, Canada and Australia. You can find more about Angelguard at Ian's website, on his author Facebook page and Twitter