Lisa Lickel: Learning To Say Yes, No, And Possibly 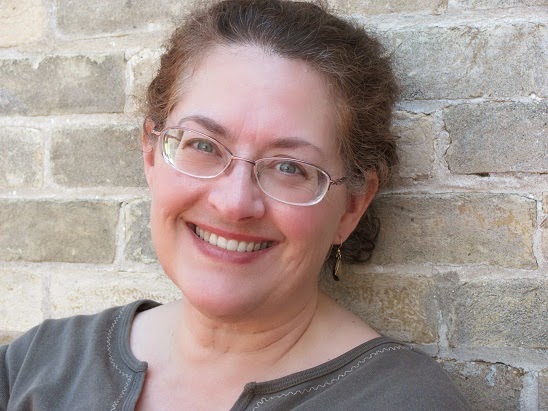 Everyone's Story is happy to once again host author Lisa Lickel. Every wannabe writer dreams of selling that first book. And every first-time published author that I know prays, wonders, and sometimes frets whether their 2nd, 3rd, or all future books will do well. Wouldn't it be more efficient if the author invests time in marketing and growing her career? Lisa addresses that subject, offering insight to what and what didn't work for her. Also, check out her Giveaway novel, THE LAST DETAIL and enjoy an excerpt . She looks forward to hearing from you.

Book Giveaway:Lisa is offering one copy, either e or print version, of her novel THE LAST DETAIL to one randomly chosen commenter. The winner will be announced here on Friday, July 4th, between 5-6 PM EST. For convenience, please leave your contact information within your comment. Thanks!


Here's an excerpt from THE LAST DETAIL:

From THE LAST DETAIL by Lisa J. Lickel, chapter 22

Amalia’s secret plan for Merit’s other groomsman hit a snarl of red tape. Marianne Friese helped all she could. Amalia stayed in constant touch with the mission board and the Nehrangesi embassy, and things were progressing slowly, but surely. The look on Merit’s face would be worth all the trouble if she could pull this off.
As pastor, Merit worked his way through the membership, trying to learn about the congregants and meeting with as many of them as he could. Amalia enjoyed hosting two or three families a week for dinner. There were a number of people she did not know well, herself, so she enjoyed this opportunity to make new acquaintances.
One evening shortly before their big day, Merit lit a fire and they relaxed, mesmerized by the flames. He broke the companionable silence. “Amalia, will you do something for me? I want us to say our first vows alone—just the two of us. Would you meet me on top of the rock, early in the morning before the ceremony?”
She wound her fingers through his. “I like that idea. It’s a date.”
***
On the morning of the wedding, Amalia hurried along the trail up Starved Rock through the last of the patchy mist to find Merit waiting. She went quickly into his arms, burying her face against his shoulder, breathing hard from her climb and the excitement of being with him. Tears threatened.
“Hey, what’s wrong?”
“Nothing. I’m so happy, so excited. And maybe just a little afraid.”
Merit held her away to peer steadfastly into her eyes. He smiled, a brief twist of lips. “Me, too.” Amalia moved close again and felt his breath in her hair. Then he tugged at her arm. “Here, come. I want to share communion with our vows.”
Amalia felt the tears again. She hoped she wouldn’t weep buckets during the ceremony later. She had a hard enough time controlling herself now.
“Come.” Merit led her toward the fence where he had set a basket. Patches of snow on the side of the trail and in the bare trees made a clean, fresh background for the brilliant cardinals just waking up to flit and serenade. With a steady hand Merit poured two small cups of juice and broke a small loaf of bread.
“The body of Christ, broken for you.” He offered her the loaf and she followed his example for him. They shared the cup in the same way. “The blood of Christ, shed for you.” Amalia’s tears dried. The beauty of the simple exchange of promises in the crispness of the early morning invoked a sense of majesty.
Merit grasped her hands in his. “I take you, Amalia, as my wife. I promise I will honor you and care for you as Christ loved the church all of my days.”
“Merit, I take you for my husband. I promise to love and care for you, honor and respect you always, all of my life.”
Merit closed his eyes and lifted his face. “Thank you, thank you, Lord, thank you.”
Amalia could think of no other words she could add to Merit’s prayer.

Deadlines and Deadheads by Lisa Lickel

In my third year in a row of being a profitable writer, and after signing my fourth book contract, I took two years off to learn marketing. Really, really bad idea, by the way. I was like a fig tree I’d read about—you know, the one Jesus cursed? For the past forty years I’d been mad at him for cursing that poor little harmless tree until I suddenly understood what was going on. My ears heard.

I received my first couple of contracts and had two novels release while believing that getting a book on the market meant automatic sales and invitations to share the story of your success! I was worse than naïve. I was every bad joke rolled into one canapé popped in the mouth of Meryl Streep’s character in the Devil Wears Prada.

I was the fig tree all leafed out when it wasn’t the time for figs. I had the show, but not the sustenance. I wasn’t ready. I hadn’t prepared. So I went about the business backward, severely overcompensating with busy-ness. My life for the next two years was made up of deadlines as I strove mightily to get my name “out there.” Write a column? Sure, no problem…times six. Interview you? Absolutely, can you interview me? Invitations to join every group sent my way were accepted. Teach a class? Sure. Oh, wow—look they want an editor! I know desktop publishing! I can do that…times two. I mean, how many blogs are there to visit and comment on? Online magazines and newsletters to sign up for and read? Book clubs to join? Books to review? Groups to pay dues to? Conferences to attend? Writers to help? How can you say no to mentoring a potential groupie?

I know, Jesus cursed that tree and it shriveled and died. No one ever ate figs from it again. But I am also a grafted person, as Romans 11 says. That fig was out of line, but my graft is still attached to the Root that nourishes me. Discipline says I must prune that which is ineffective or causes me to stumble. I wrote a list of all the groups I joined (although I’m sure I didn’t get them all), all the columns I write and the other business I attend to as a fulltime writer. I am deadheading, or pruning the ones I simply can’t handle, keeping the bits I justify for business’s sake and a couple for fun. I am learning to say, sorry I can’t do that; and I’m learning to adjust the expectations I have of myself by saying, yes I can, but not until later.

I’m really organized, less frantic, and adjusting to the seasons in a much more fruitful way. Most of the time. Learning to manage our schedule is one of the best thing anyone – author, parent, professional – can do. How about you? What do you do to keep yourself together?

On Writing For Children

Author Lisa Lickel: reveals one of the best things an author can do. (Tweet This)

Visit with Lisa Lickel on Everyone’s Story: How can a multi-pub author clog up her growth? (Tweet This)


Win #BookGiveaway of THE LAST DETAIL by Lisa Lickel and Amazon Gift Card. (Tweet This)

Author's Bio:
Lisa Lickel is a Wisconsin writer who lives in a hundred and sixty-year-old house built by a Great Lakes ship captain. A multi-published, best-selling and award-winning novelist, she also writes short stories and radio theater, is an avid book reviewer, blogger, a freelance editor, and magazine editor.