Patricia Bradley: The Other Side Of The Publishing Contract 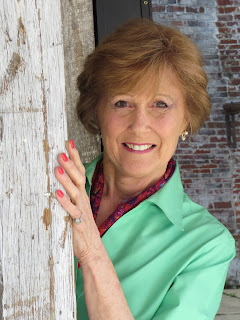 Everyone's Story warmly welcomes back author Patricia Bradley, a 3rd-time guest and weekly viewer! Ever wonder when or if God will answer a prayer? This week Patricia addresses the topic of what happens when He does, and what changes we may have to accommodate blessings when they happen because they DO happen! Patricia reflects on writing, yet her message reaches out to all aspects of daily life. Please check out Patricia's BookGiveaway of her current release, GONE WITHOUT A TRACE (a great read!), as well as the back cover blurb. Both Patricia and I look forward to hearing from you.

Patricia is offering 1 copy of her just released novel GONE WITHOUT A TRACE to 1 randomly chosen commenter. The winner will be announced here on Friday, July 10th between 5-6 PM EST. To be entered in the Giveaway, please leave your contact information within your comment.

Back cover blurb for GONE WITHOUT A TRACE:

The past is repeating itself—and time is running out

It’s been more than two years since homicide detective Livy Reynolds’s cousin disappeared from Logan Point. Unlike most people in her hometown, Livy has never believed that Robyn left voluntarily. When Dallas private investigator Alex Jennings contacts her concerning a senator’s missing granddaughter who was last seen in Logan Point, Livy notices eerie similarities between the two disappearances. With self-doubt plaguing her after killing a teenager in the line of duty and an almost instant dislike of the self-assured PI, she’s finding this investigation an uphill battle. But with the prospect of finding her cousin on the horizon, she’ll have to find a way to work with Alex—before it’s too late.

Award-winning author Patricia Bradley keeps you on the edge of your seat with a case—and a relationship—that is anything but certain.

Wanting And Getting That Special Desire
by Patricia Bradley

This is my third visit to Elaine’s blog and I love interacting with her readers. Actually, I’m one of them. Reading the weekly posts where everyone is encouraged is one of the bright spots of my week. And sometimes I really need those bright spots.

Have you ever really wanted something so badly that you would almost sell your right arm to get it? I have, even prayed the Jabez prayer. You know the one found in 1 Chronicles 4:10—

“Jabez cried out to the God of Israel, "Oh, that you would bless me and enlarge my territory! Let your hand be with me, and keep me from harm so that I will be free from pain." And God granted his request.” 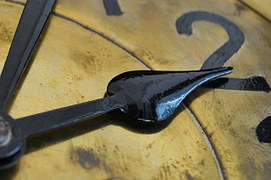 When God answered my prayer to be published, I quickly learned that blessing me and enlarging my territory was wonderful, but it also meant a lot of hard work. Everything changed when I received a contract. Writing quit being something I did when I had time. I now had to make time to write. It was my career, and I had just signed a contract to write three books. The realization almost overwhelmed me, and a mountain of doubt overshadowed me. Who was I to think I could write two more books in a year and a half?

A few things had to go. Good things. Like the knitting ministry I started at our church, and a couple more ministries I was involved in. But I learned something—sometimes the good things in life get in the way of God’s best for us. I also learned I’m not indispensable. To remain in a position that I don’t have time for and that God has no longer called me to do, robs someone else of the opportunity to serve Him.

There is a plus to that, though. Since my first book came out, when I tell someone I can’t do something because I have a deadline, they actually accept my “no”. Before, it was like, you’re home all day, you have the time. And when you say, “but I’m writing”, it was like—but it’s only writing…like it wasn’t anything important. Ever had that to happen to you? It is important to make people realize it’s not just writing, even if you don’t have a contract. It’s something God has given you to do.

One last thing. I am now on the other side of that contract that went on to include a fourth book, and that mountain of doubt I faced is behind me. Some days words flowed like a river. Others were more like pulling teeth, and believe me—there were more teeth-pulling days than river-flowing. But I learned to rely totally on God. Every word I write comes from Him.

So go ahead and dream big. What God brings to you, He will bring you through.

Patricia's past Everyone's Story's features:
God's Take on Quitting
An Interview With An Amazing Debut Author

And, if you like to know anything more about me (Elaine speaking here), here's a link to when Patricia hosted me on her blog in an interview.

Authors: Patricia Bradley @PTBradley1 on What’s On The Other Side of the Book Contract (Tweet This)

Author's Bio:
Patricia Bradley lives in North Mississippi and loves to write suspense. Patricia’s romantic suspense books include the Logan Point series—Shadows of the Past, A Promise to Protect, and Gone Without a Trace. She has also written two sweet romances for Harlequin Heartwarming, Matthew’s Choice which is available on Amazon and The Christmas Campaign, available in November. Her workshops on writing include two online courses with American Christian Fiction Writers and workshops at the Mid-South Christian Writer’s Conference in Collierville, TN. When she has time, she likes to throw mud on a wheel and see what happens.


Places to connect with Patricia:

****Please take a moment to take this month's new Poll: When the first paragraph of a novel loses its grip on you. (found on the right-hand sidebar) Thanks so much!