Alex Marestaing: The Gift Of Time 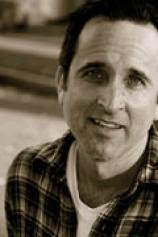 Everyone's Story welcomes YA/Youth author Alex Marestaing. Like many readers, I'm intrigued when an author can snatch my attention from every day life by offering an intriguing plot, the very thing that caught my eye when it came to meeting Alex. Of course I had to ask him to be my guest and I'm thrilled that Alex said yes. Grab a cup of coffee or cocoa this early January day of the new year and let Alex give you a few things to ponder. Whether you're a reader, writer, or both, Alex has a few interesting perspectives, especially for the start of 2015! Also, check out Alex's BookGiveaway. We're both looking forward to hearing from you.

BookGiveaway:
Alex is offering 1 copy of his 2014 Epic Award Finalist novel I'M NOBODY:The Lost Pages to 1 randomly drawn commenter. The winner will be announced here on Friday, January 9th between 5-6 PM EST. To be entered in the Giveaway, please leave your contact information within your comment.

Here's a blurb on I'm Nobody: The Lost Pages:

Agoraphobic Caleb Reed is about to step outside for the first time in seven years, meet indie filmmaker Iris Elliott…and definitely not fall in love. It’s all because of the notes, the weird and wonderful notes he keeps finding on his front porch, notes signed by someone claiming to be long dead poet Emily Dickinson. Caleb’s parents think he’s losing his mind, but he knows they’re wrong. Something’s going on outside – something strange, something terrifying …something beautiful.

It's okay, clear the schedule, give yourself some time.

There’s something sweet that time can bring. Like turning over dry, cracked ground, so that the rich, moist soil below can come to the surface. There’s something to it, something to sweeping desktops clear and letting go of schedules, and ladders, and all of what makes us so desperately busy.

Books
Beneath cozy covers and under the glow of a tiny booklight, she turned pages and turned pages until…four in the morning!  My youngest daughter absolutely needed to know, was dying to know, if Mia’s cat, Mango, was going to survive, and she was willing to spend the whole night reading A Mango Shaped Space to find out.

I usually wouldn’t let her stay up that late, but this time I didn’t mind. Her ten-year-old summer had been one of falling in love with books, of dad can we go to the bookstore begging, and I wasn’t about to steal these moments away from her.

Summer had given her time, time without homework, time uninterrupted, and like green shoots reaching for morning rays of sunlight, great soul songs were bursting to life.

Europe
It’s been about eight years now, eight years since we rented out our house and headed to Europe. Our vision had become blurry, one day indistinguishable from the next, and we needed time to refocus, time to see our family and time to see ourselves.

We gave ourselves a year, a year to wander, to wander and listen. London, Paris, Berlin, we were Columbus searching out something different, something other than the craziness that California life can bring.

Renting a hundred-year-old apartment in the tiny town of Edsbyn, Sweden, we shut out soccer schedules and meetings, and welcomed friendship and family.  My three kids, raised on Southern California traffic and hours of homework, learned about farms and forests, and became educated in the art of slowing down enough so that people have time to see more than a passing blur of who you are.

As for myself, that year of endless hours rearranged everything. It was there that, after a ten-year hiatus from writing, I found my pen again, and, with it, my voice.

Yeah, that year of never ending hours, it changed us.

Walls
It’s still there: a red brick wall perched up on a hill, guarding city lights like a sentinel. It was there that time did it’s work on me during my high school years. Night after night, I’d climb up on that wall to watch the city below and pray. And then, because I had time, I would at least try to listen.

And you know what? Sometimes, I could feel Him speaking. Not out loud like Elijah or anything, but clear just the same. Silently, the words came like rain on a hurting heart, sweet, simple expressions of hope, of healing, words that got me through the painful years.

Yeah, time spent on that Southern California wall, changed me… changed everything.

Meet Epic-nominated YA author Alex Marestaing. #BookGiveaway of I’M NOBODY: The Lost Pages. (Tweet This)

Just in time for the New Year: @alexmarestaing shares about time’s impacts on writing & family. (Tweet This)


Everyone’s Story: YA author @alexmarestaing & how he climbed out of a ten-year hiatus from writing. (Tweet This)

Author's Bio:
Author Alex Marestaing has worked on creative projects for media outlets such as The Walt Disney Company, Lego, Thomas Nelson/Harper Collins and The Los Angeles Times.  Alex's latest YA novel, I'm Nobody: The Lost Pages received an honorable mention at the London Book Festival and was nominated as a finalist for the 2014 Epic Awards by the Electronic Publishing Industry Coalition. Beyond the youth market, he’s written a wide variety of nationally published articles and has covered soccer in Europe and the U.S. for Sports Spectrum Magazine and Yanks Abroad. 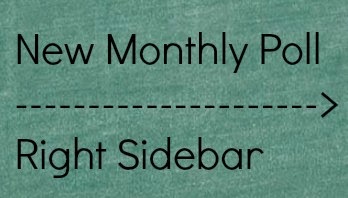