Brian Dickinson: Must Blind Descents Be Made Alone? 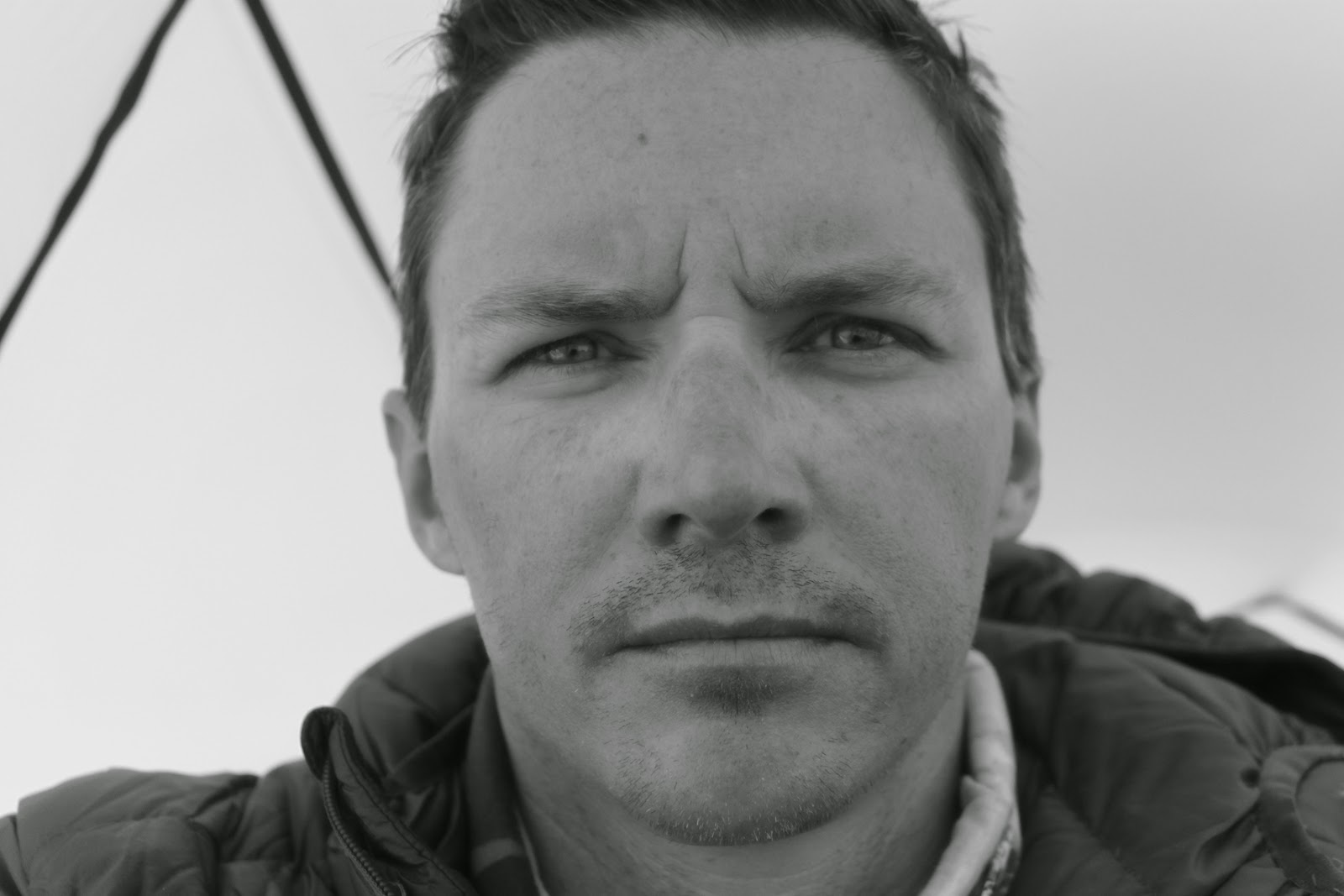 Everyone's Story welcomes former US Navy Air Rescue Swimmer, and now author, Brian Dickinson. I've always been fascinated by people who can brave the elements of nature and take chances on exploring where some of us can only dare participate via books or movies. But, that's what I admire about this week's guest: Brian encourages us all to honor the unique gifts that God has blessed us with, whether it's mountain climbing, writing, or helping to make a child smile. Please take the time to visit with Brian this week as he shares about his experience on the world's highest mountain, as told in his non-fiction book, BLIND DESCENT, a Tyndale House publication. Do check out his amazing BookGiveaway! Both Brian and I look forward to hearing from you.

BookGiveaway:
Brian is offering 1 hard-cover edition of his true-life account, BLIND DESCENT to 1 randomly drawn commenter (U.S. residents only). The winner will be announced here on Friday, January 30th between 5-6 PM EST. To be entered in the Giveaway, please leave your contact information within your comment.

Surviving Blind and Alone on Mount Everest by Brian Dickinson

On May 15, 2011, I soloed the top of the world.  It took over a month to properly acclimate to the extreme altitude in the death zone, consisting of a 38-mile trek to basecamp and multiple partial climbs up and down Everest (climb high and sleep low).  This process allowed my body to produce additional red blood cells, which in turn carried more oxygen so I could survive higher on the mountain.  I never intended to climb to the top alone, but I had to make a serious decision at 28,000’ when my climbing Sherpa, Pasang, felt ill and went back down.  We had a conversation there, calculated the risks and decided it was safe for Pasang to wait there (he ended up descending to high camp), and for me to head up alone.  In the mountains you live and die by the decisions made based on the information you have at the time. 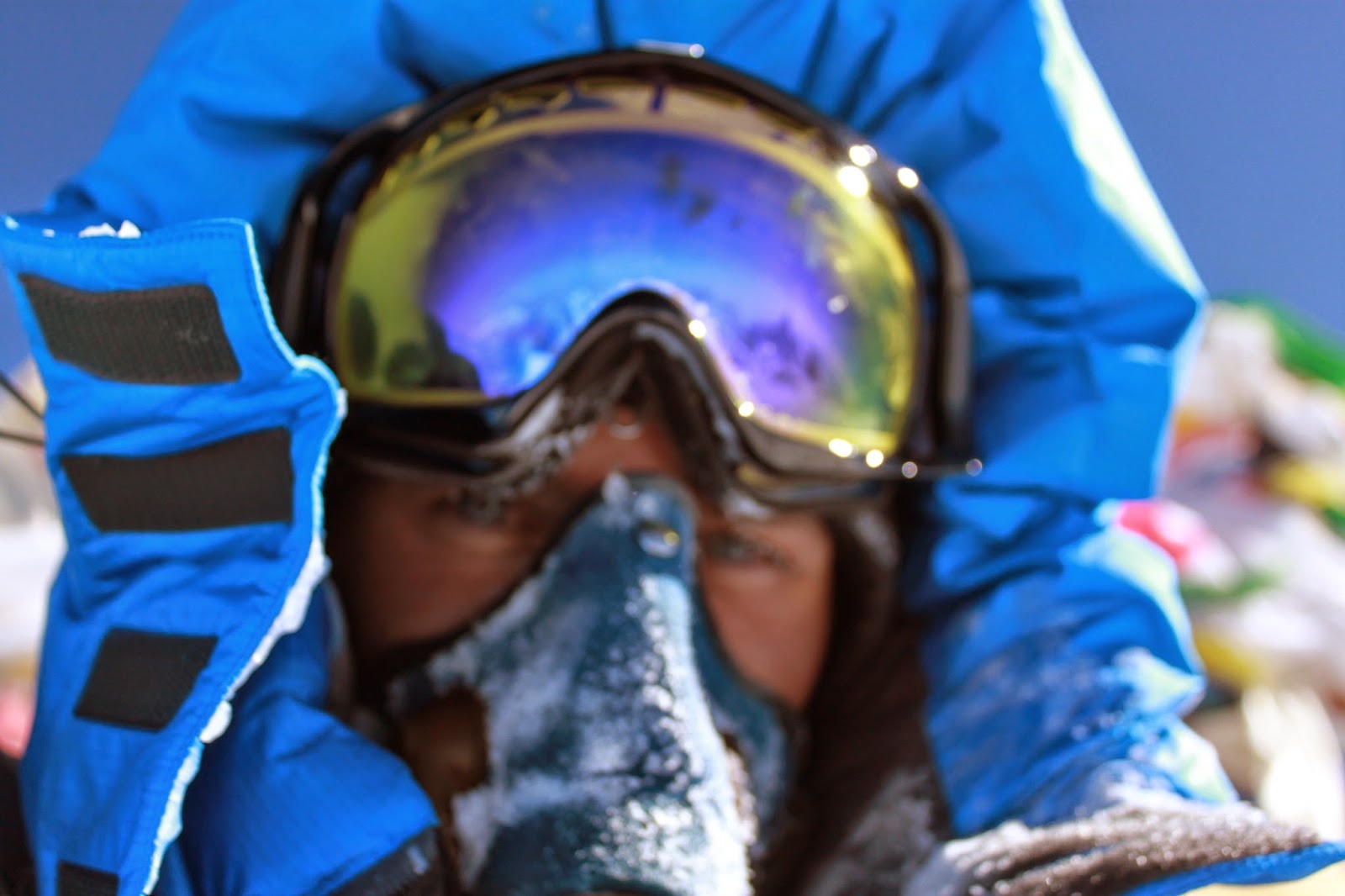 Those last few hours alone, putting one heavy foot in front of the other, were filled with peace and satisfaction.  Around 6am when I pierced the top of the 29,035’ summit with my crampons I felt everything from joy and relief to exhaustion.  I made a quick radio call down to some lower camps to let them know I had made it and then took some pictures.  I then gathered my gear to head down and a couple steps into my descent everything went completely white.  I dropped down, grabbing the rope I was attached to and assessed the situation.  I was snow blind.  Due to a goggle malfunction the previous day on Lhotse Face, as soon as the sun rose and banked onto the ice, it fried my cornea.  At that elevation there’s only a third of the air and ozone protection as there is at sea level.  With snow blindness it typically takes 24 hours to heal, I wouldn’t fully regain my eyesight for over a month.  At that moment I didn’t panic, I thought of my navy training to never panic but to focus on the mission at hand, so I got up and slowly started making my way down the mountain.  Everest has fixed lines, which are ropes anchored to rock / ice and I was attached to that rope with safety devices attached to my harness. 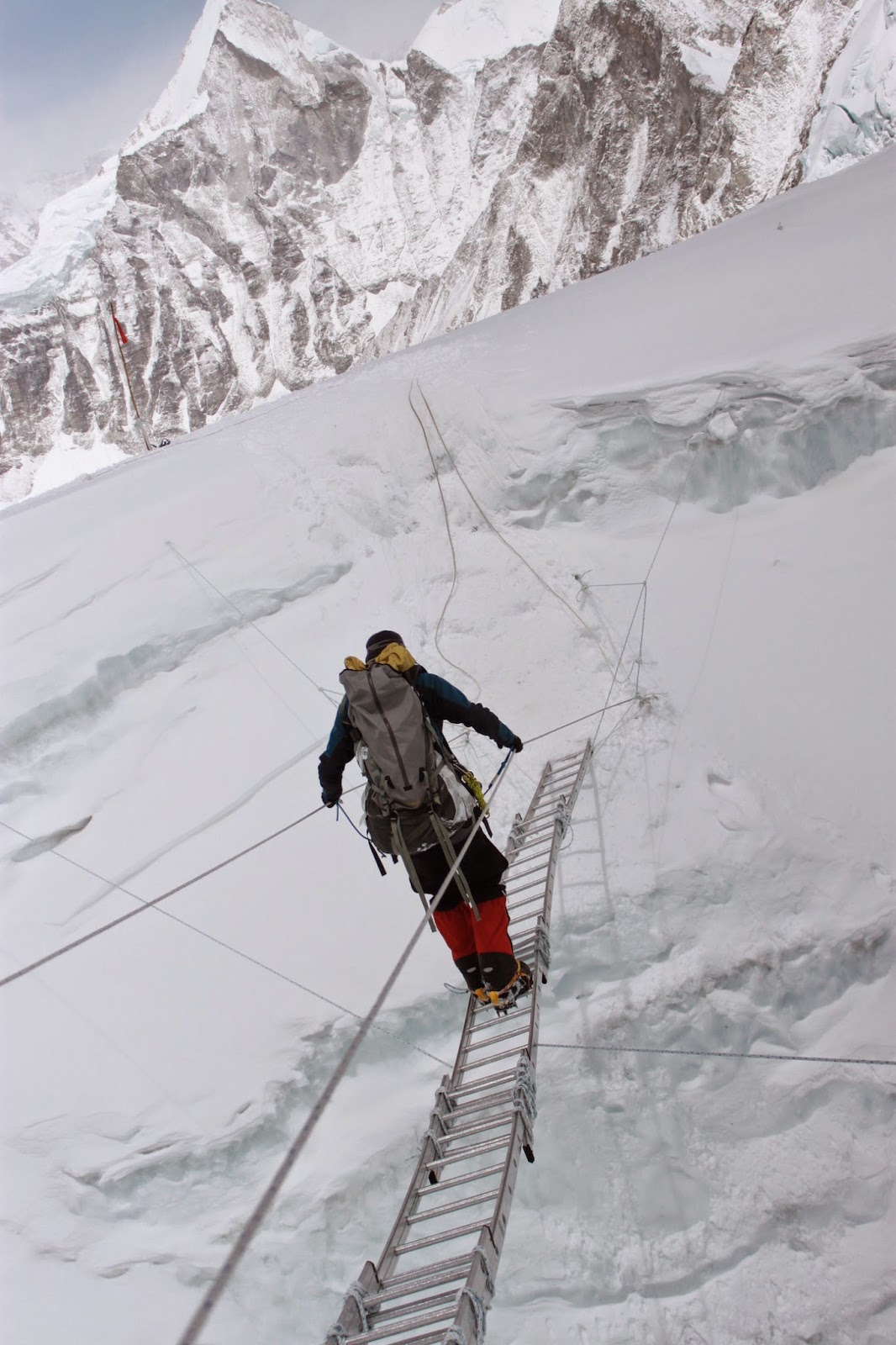 As I made my way down the mountain I felt a calming presence around me.  It’s as if I wasn’t alone.  I never spoke to anyone, but I just felt that there was someone beside me during the descent.  I slid down the famous Hillary Step, took a major fall down the South Summit and eventually ran out of oxygen at 27,500’ after continual climbing for over 30 hours.  As my mask sucked into my face I ripped it off, dropped to my knees and surrendered to God.  I simply said, “I can’t do this alone, please help.”  At that moment I felt unexplained energy enter my body and was lifted to my feet.  I blindly attached a spare oxygen bottle, which had previously failed and I got a positive flow of air.  Without overthinking it I made my way down the remaining vertical 1,500’ to high camp where Pasang helped me back to the tent.  In total what should have taken 3 hours to get to high camp, took me over 7 hours. 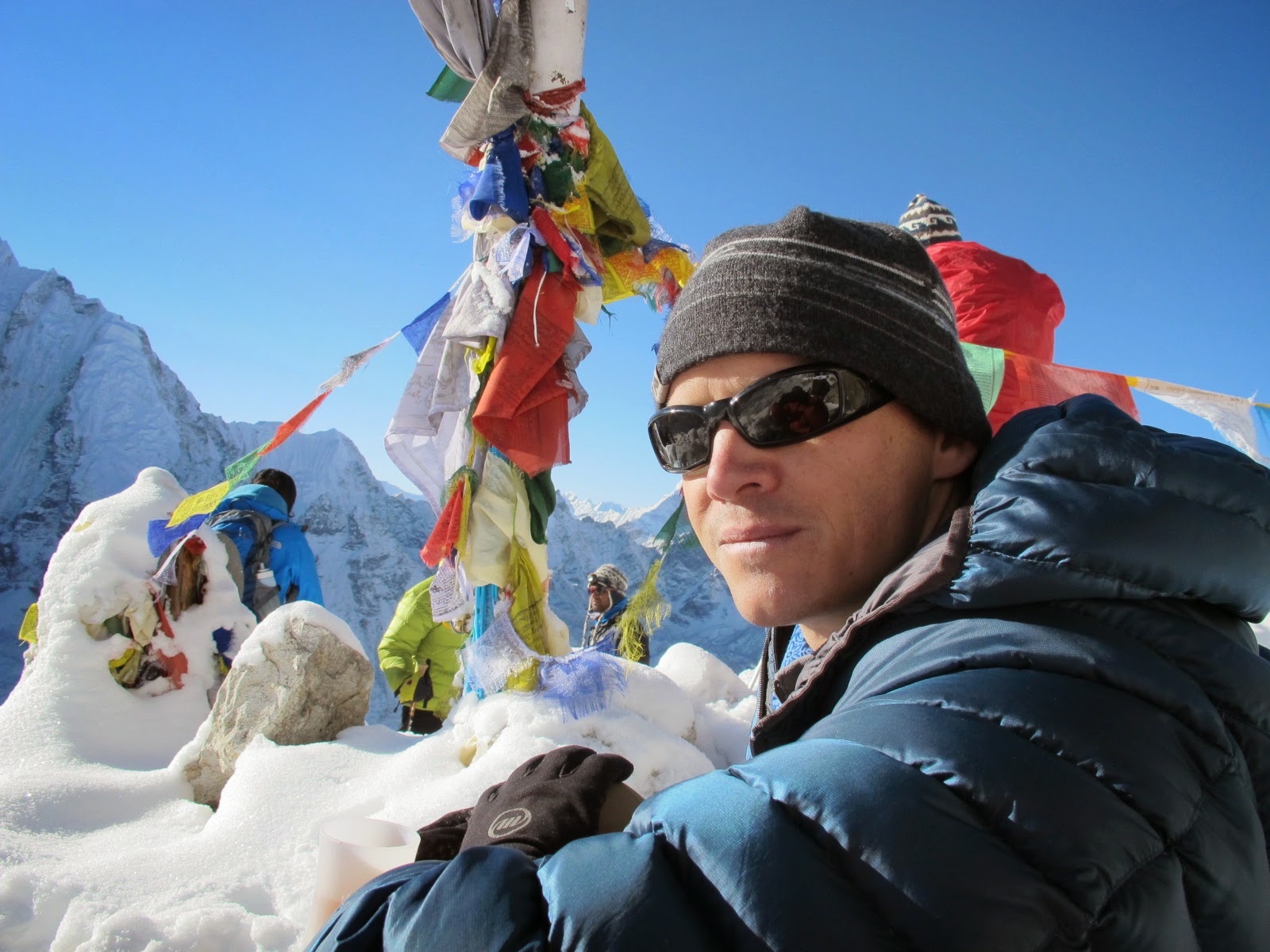 I’ve always been a big goal setter, pushing my limits beyond what seemed possible.  To me, that’s living.  I grew up very adventurous in a small town in southern Oregon and then served 6 years in the US Navy as an Air Rescue Swimmer, stationed in San Diego, Ca.  After getting married and moving to the Pacific Northwest for graduate school, I took to the mountains.  I worked in technology firms like Cisco Systems and Expedia, but escaped into the Cascade Range to fulfill my need for adventure.  Having two kids changed my perspective on life, but it didn’t change the way I was wired.  I definitely had a new sense of responsibility, which factored into the calculations of my risk taking.  To most, climbing high peaks is an insane invitation to certain death.  To those closer to the sport it couldn’t be more opposite.  God created us in a unique way and we must understand and utilize our uniqueness to truly live life to the fullest.  The key is to identify your God-given talents then use them in a way that honors God, fulfills your life and helps you create a legacy to inspire others. 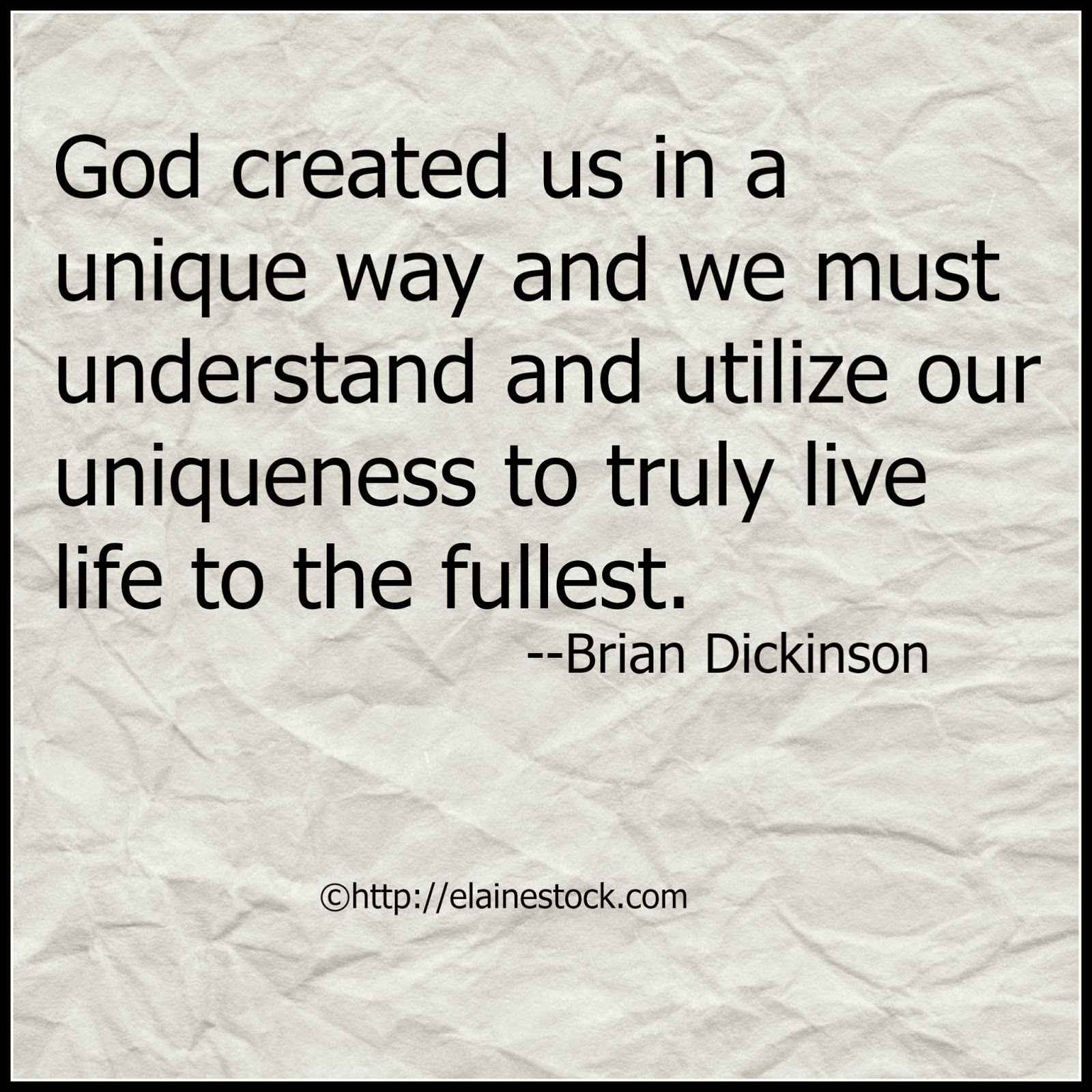 Everyone has a story: What did @BrianCDickinson do when blinded and alone on Mount Everest? (Tweet This)

Author's Bio:
Brian Dickinson served for six years as a US Navy Air Rescue Swimmer before he moved to the Pacific Northwest to get his MBA and pursue his passion for extreme sports and mountain climbing. He has climbed in expeditions on the highest peaks of the seven continents, including Mount Everest, with the majority of climbs in the Cascade Mountains, near his home. He uses his climbs to help raise money for charities such as the AIDS Research Alliance, visit orphanages and as an opportunity to share his faith with others around the world. Brian, his wife, JoAnna, and their children, Jordan and Emily, live in Snoqualmie, Washington. Brian is the author of Blind Decent.