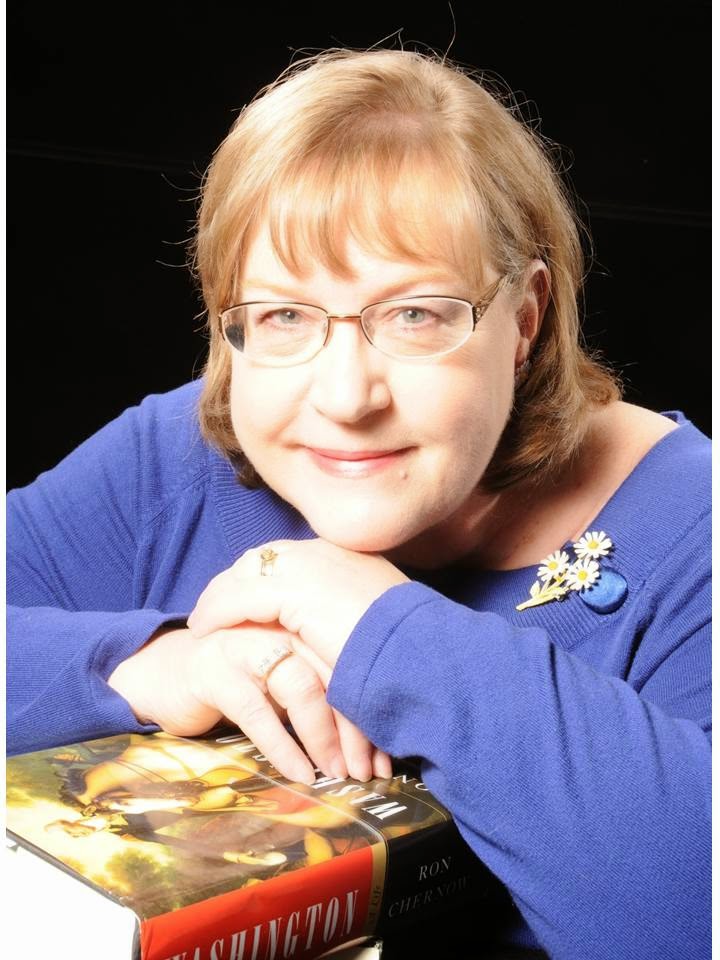 Everyone's Story is celebrating with award-winning author Susan F. Craft on her newest release, LAUREL, with her newest publisher, Lighthouse Publishing of the Carolinas. This is definitely a novel to soak up and enjoy: an exciting time era in U.S. history, plus a theme that resonates with any time period--the angst of a missing child. Please check out Susan's Giveaway offer and blurbs of her amazing novel, as well as a special Facebook invitation from Susan.

We're both looking forward to hearing from you.

BookGiveaway:
Susan is offering 1 copy of LAUREL to 1 randomly drawn commenter. The winner will be announced here on Friday, January 23rd between 5-6 PM EST. To be entered in the Giveaway, please leave your contact information within your comment.

About LAUREL:
Searching for their toddler and her Cherokee aunt kidnapped by slavers, Lilyan and Nicholas Xanthakos trek from their North Carolina vineyard, through South Carolina backcountry to Charleston, a tinderbox of post-Revolutionary War passions. There Lilyan, a former Patriot spy, faces a grand jury on charges of murdering a British officer. Once free, they follow Laurel’s trail by sea and are shipwrecked on Ocracoke Island. Will they be reunited with their dear child or is Laurel lost to them forever? 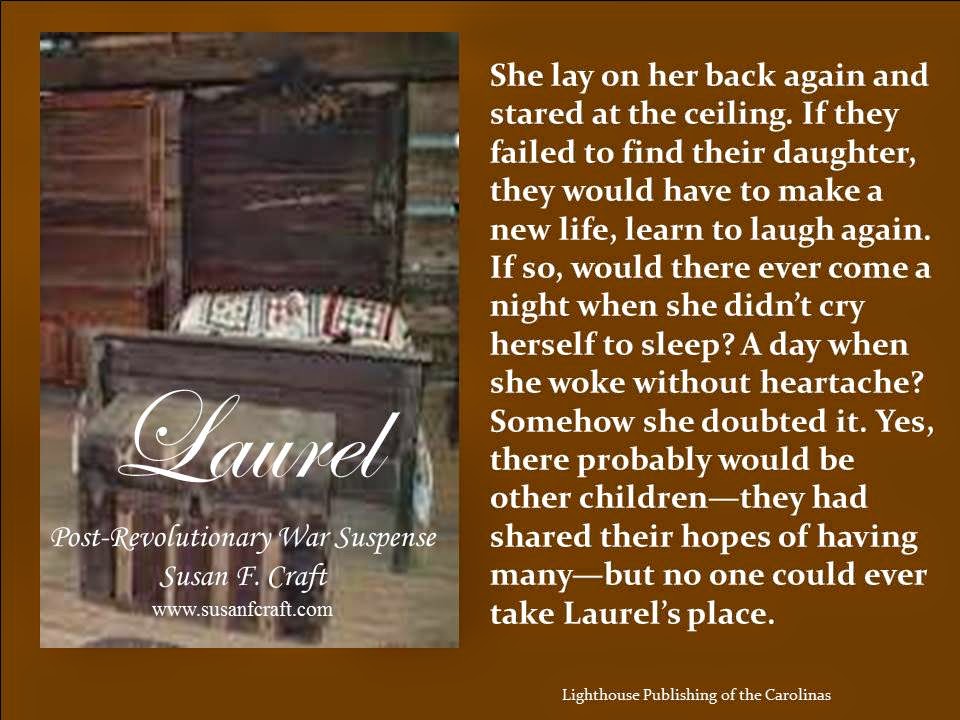 Full back cover copy:
Desperate to rescue their kidnapped daughter, Lilyan and Nicholas Xanthakos trek two hundred miles through South Carolina mountains and backcountry wilderness, fighting outlaws, hunger, sleeplessness, and despair. When the trail grows cold, the couple battles guilt and personal shame; Lilyan for letting Laurel out of her sight, and Nicholas for failing to keep his family safe.

They track Laurel to the port of Charleston as post-Revolutionary War passions reach fever pitch.  There, Lilyan, a former patriot spy, is charged for the murder of a British officer. She is thrown into the Exchange Building dungeon and chained alongside prostitutes, thieves, and murderers. Separated from her husband, she digs deep inside to re-ignite the courage and faith that helped her survive the war.  Determined to free his wife at any cost, Nicholas finds himself forced back into a life of violence he thought he’d left behind.

Following a rumor that Laurel may be aboard a freighter bound for Baltimore, Lilyan and Nicholas secure passage on a departing schooner, but two days into the voyage, a storm blows their ship aground on Diamond Shoals. As the ship founders, both are swept overboard.

Will their love for each other and their faith sustain them as they await word of their missing child? Or is Laurel lost to them forever?

Susan will be hosting an Online Book Launch Party on FaceBook Saturday the 17th from 2-4 EST. Come by, chat, and leave a comment for a chance to win some fantastic prizes. The Party will be on Susan’s author page, Susan F. Craft, https://www.facebook.com/events/323605987833539/

Author Bio:
Susan F. Craft writes inspirational historical romantic suspense. Her Revolutionary War novel, The Chamomile, won the Southern Independent Booksellers Alliance Okra Pick.  Susan recently retired after a 45-year career as a communications director, editor, and proofreader.  To assist authors to “get it right about horses in their works,” Susan worked with the Long Riders’ Guild Academic Foundation to compile A Writer's Guide to Horses (also known as An Equestrian Writer’s Guide) that can be found at www.lrgaf.org. Forty-five years ago, she married her high school sweetheart, and they have two adult children, one granddaughter, and a granddog. An admitted history nerd, she enjoys researching for her novels, painting, singing, listening to music, and sitting on her porch watching the rabbits and geese eat her daylilies.  She has two post-Revolutionary War novels being released in 2015 by Lighthouse Publishing of the Carolinas—Laurel, was released January 15, and its sequel Cassia in September. She is represented by Linda S. Glaz, Hartline Literary Agency.